ITK, RCMP working to improve relationship between Inuit and police 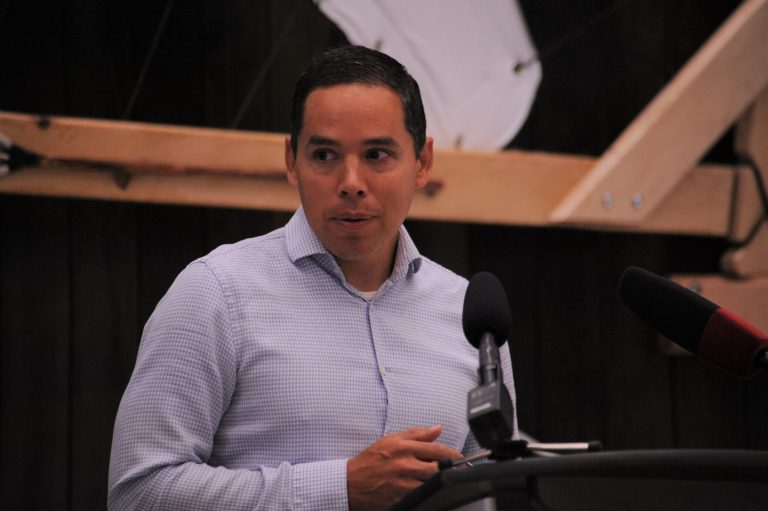 ITK president Natan Obed said the sharing of data on deaths by suicide, suicide attempts and suicidal ideation will help guide decision-making and policies beyond the RCMP. (Photo by David Venn)

Through that, both say they hope to address gaps and priorities in policing in Inuit Nunangat.

The plan includes specific steps such as sharing data on deaths by suicide, suicide attempts and suicidal ideation; increasing Inuit representation within the RCMP; and improving services for Inuktut speakers

The work is part of a larger plan to build a collaborative relationship at the national level, as well as building transparency and trust.

Many of the action items flow from recommendations made in the National Inuit Action Plan, which identifies Inuit priorities for implementing its 231 calls for justice from the National Inquiry into Missing and Murdered Indigenous Women and Girls.

The actions also follow commitments identified under the Federal Pathway to Address Missing and Murdered Indigenous Women, Girls and 2SLGBTQQIA+ People, the federal government’s plan in response to the inquiry.

“The way in which the RCMP collects data about suicide attempts and completions has the ability to provide a lot of information about how we can better provide services for Inuit, and how the RCMP can do a better job of responding to calls [about suicide] when they do come in,” he said.

“We are working with the data collection unit within the RCMP to find ways to create policies that will lead to better decision-making about how not only the RCMP responds to these calls, but also how suicide prevention strategies in Inuit Nunangat can be improved using this information.”

The RCMP provides policing services to the majority of communities in Inuit Nunangat.

There is a long history of distrust among Nunavut Inuit and the RCMP, including over incidents such as the killing of Inuit sled dogs in the 1950s and 1960s, and forcible relocation of families.

Obed said ITK is also working with the RCMP to improve services for Inuit women, girls and LGBTQ+ people who are at risk of being victims of violence or being trafficked.

It also wants to work at improving the RCMP’s knowledge of Inuit culture and use of the Inuktut language within the organization.

“We hope there can be Inuit-specific cultural de-escalation training and enhancements to the way in which the RCMP responds to calls that are particular to the place and the community that they are in,” Obed said.

“That should be one of the key considerations for policing services — no matter where they exist in the country, they do not end in violence or harm.”

He said the initial work plan and actions listed as part of it will take at least two years to implement. He said ITK will be working with RCMP Commissioner Brenda Lucki to implement the strategies and measure their success.

ITK will also work to improve the way Inuit in urban centres such as Ottawa, Winnipeg and Montreal interact with the police, Obed said.