Katherine Takpannie says she hopes gallery visitors reflect on her photography’s themes, including murdered and missing Indigenous women and girls 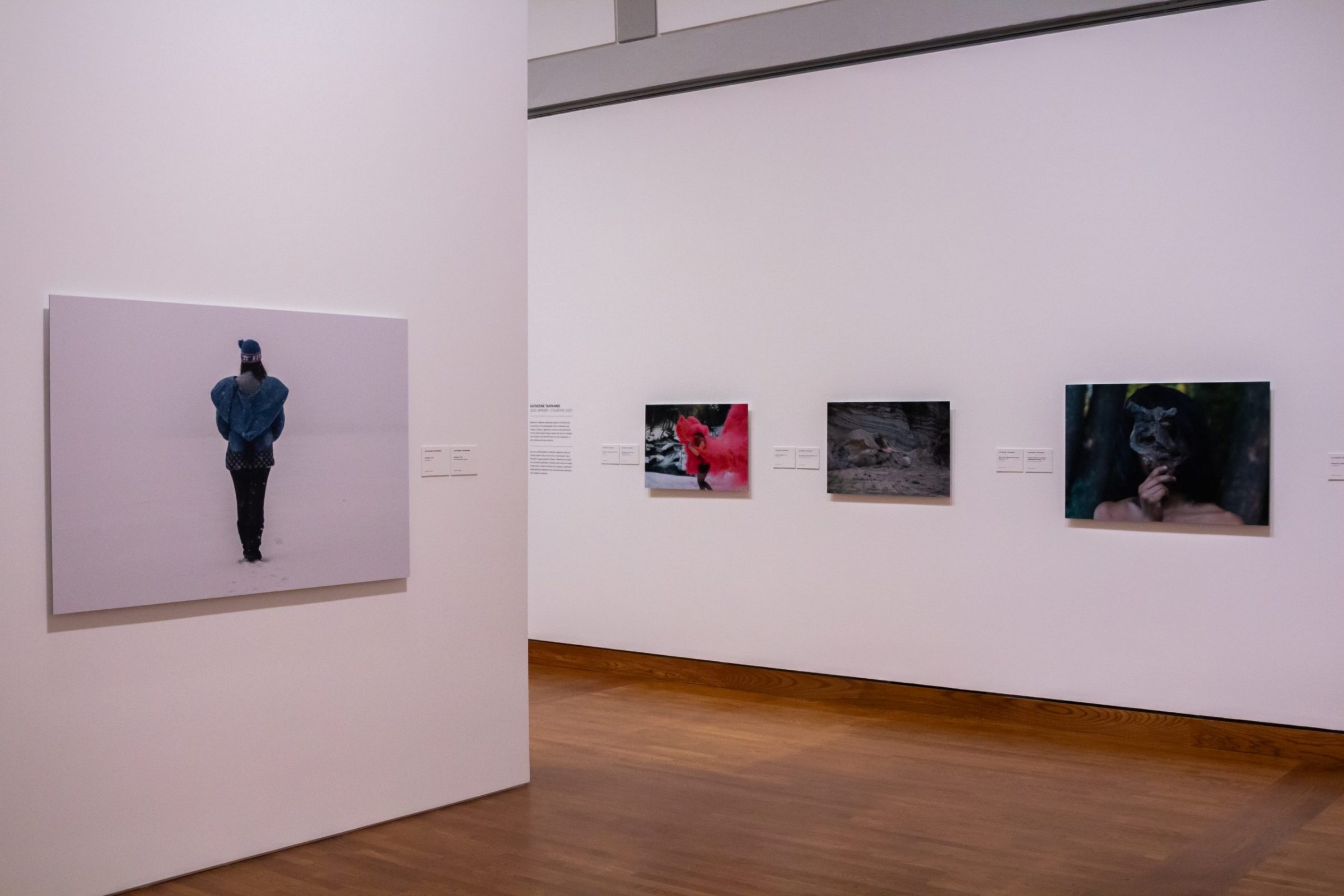 A selection of prints by Ottawa-based Inuk photographer Katherine Takpannie are on display at the National Gallery of Canada’s New Generation Photography Award exhibit. (Photo by Jeff Pelletier)

When Katherine Takpannie, an Ottawa-based Inuk photographer, was given her first point-and-shoot camera at age 15, one of her first goals was to take one photo every day of the year.

At 32, Takpannie’s works now hang on the walls of the National Gallery of Canada in Ottawa.

In 2020, Takpannie was one of three winners of the Gallery’s Scotiabank New Generation Photography Award, presented annually to artists who are 35 or under. A spot in a temporary exhibit at the National Gallery is among the prizes. 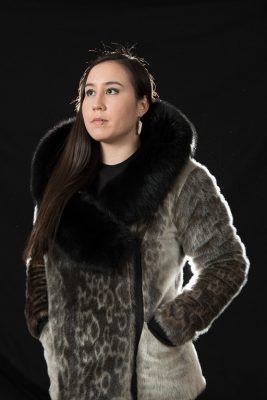 Katherine Takpannie was one of three winners of the 2020 Scotiabank New Generation Photography Award. Five of her prints are currently on display at the National Gallery of Canada in Ottawa. (Photo by Fred Cattroll)

Earlier this month, the exhibit opened its doors to visitors. It features works from both the 2020 and 2021 award recipients, after COVID-19 restrictions forced the gallery to limit its operations for almost a year.

When Takpannie saw her prints in the exhibit for the first time, she said it was an unbelievable experience.

“I went to go see it and I couldn’t believe it… I was just like, ‘this is not happening,’” she said. “It’s completely surreal.”

Photographers must be nominated for the award. Takpannie says she doesn’t know who nominated her work, but she’s thankful that she was selected.

“I have no clue who nominated me, and completely changed my life forever,” she said.

Andrea Kunard, the gallery’s senior curator of photographs, was one of the judges who helped Takpannie get her work through the competition and into the gallery.

She said she admires Takpannie’s “extreme” use of colour, and her ability to tell stories with images.

“She’s very focused on the urban environment for Inuit,” Kunard said. “She has a way of expressing her feelings in her photography.”

Takpannie says she hopes that her work is able to tell a story of her urban Inuk experience. She is the daughter of a residential school survivor and grew up without an understanding of her culture and family history.

“I create art that’s very reflective of my life, my experiences, and everything that I need to express,” she said.

One of the first prints visitors might see upon entry to the gallery is titled, “Our Women and Girls are Sacred,” which is meant to highlight the crisis of murdered and missing Indigenous women and girls. In it, a woman is pictured standing in the snow, looking away from the camera, and holding a red smoke bomb.

This issue, Takpannie says, hits close to home because of her friendship with Inuk artist Annie Pootoogook. In 2016, Pootoogook was found dead in the Ottawa River. Nobody was charged in her death, despite Ottawa Police at the time saying it was “suspicious.”

Pootoogook’s death was incredibly devastating, Takpannie says, and photography has provided an opportunity to grieve and heal from that loss.

“It was a further extension of a way to grieve, to process and to internalize, to share, to spread awareness and to talk about these issues,” she said. “All of my works are deeply entwined and enclosed within my life and my experiences.”

Takpannie says she also hopes visitors take the time to understand the stories the other photographers are expressing in their work.

“This art speaks to a plethora of different issues,” she said. “I feel the entire exhibit is something that needs to be explored and felt and conversed through all of Canada.”

The exhibit is on display at the National Gallery until Dec. 5.