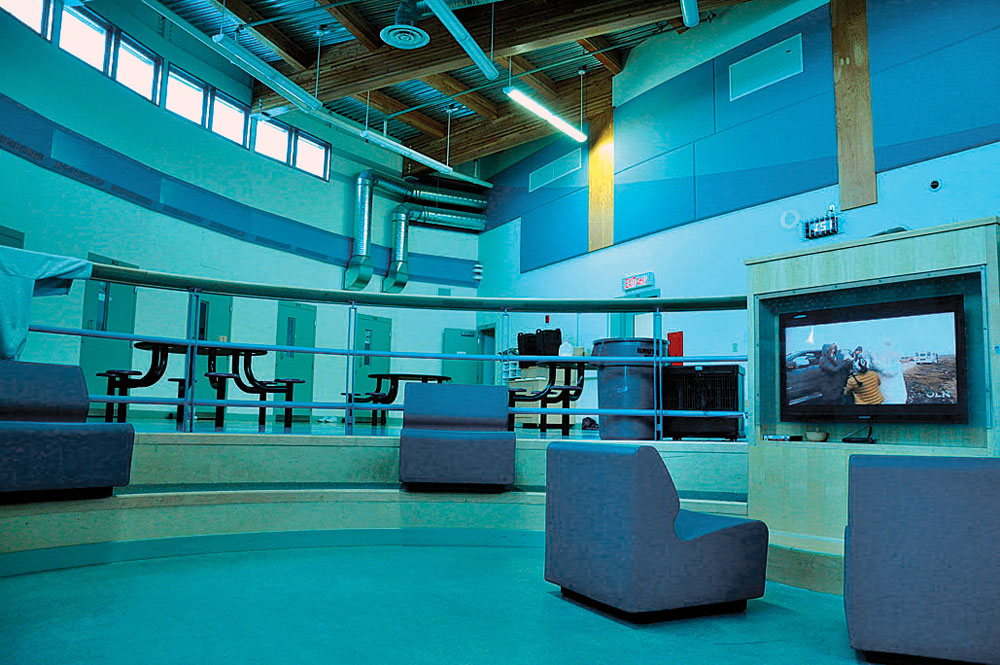 A view of the correctional healing facility in Rankin Inlet, as it looked in 2016. (File photo)

Despite a drop in national incarceration rates over the past five years, the proportion of Nunavut residents jailed or imprisoned in 2017-18 rose by seven per cent over the previous year, says Statistics Canada.

At the same time, the per capita rate of incarcerated adults in Nunavut—621 per 100,000—stands higher than for all other provinces and territories, according to a report released on May 9 by StatCan’s Canadian Centre for Justice Statistics.

“The incarceration rate in all three territories was well above the provincial and territorial average,” the report said.

In Nunavut, however, incarceration rates rose by seven per cent.

That’s the opposite of the national trend. The report’s numbers show that, nationally, fewer Canadians are going to provincial-territorial jails or federal prisons.

“While the national incarceration rate has fluctuated over 25 years, it has declined every year over the last five years,” the report said.

“Incarceration rate” means the average number of adults in either sentenced custody, remand or other forms of temporary detention, the report said.

The report does not give the cost to Nunavut of keeping prisoners in jail.

That’s because the relevant financial information for Nunavut is not available, the report said.

Another feature of Nunavut’s incarcerated population is that in Nunavut, as in eight other jurisdictions, remand prisoners outnumber sentenced prisoners, the report found.

In Nunavut, more than half of all incarcerated people—55 per cent—were remand prisoners.

“Remand” prisoners are those charged with crimes but who are ordered to stay in custody until after the courts process their cases.

The practice is controversial, because remand prisoners often don’t get access to programs available to sentenced prisoners.

“A greater number of adults in remand than in sentenced custody in provincial-territorial correctional facilities can lead to various challenges associated with providing services to inmates, such as rehabilitation and housing, due to the uncertainty regarding their length of stay,” the report said.

But the trend toward the increased incarceration of people awaiting trial likely reflects a “cultural shift” in the justice system.

“The view here is that in order to minimize the risk of danger to the general public, including the risk of re-offending, courts choose to remand more accused as they wait for their trial/sentence,” the report said.

Another number that the study reported is the number of “admissions,” which means any movement into jail, prison or some form of community supervision, such as probation.

• Convicted offenders admitted to some form of community supervision: 900

One disturbing national statistic is the grossly disproportionate number of Indigenous adults in custody in 2017-18: 30 per cent of all provincial and territorial inmates and 29 per cent of all federal inmates.

Indigenous people comprise only 4.9 per cent of Canada’s population, according to the 2016 census.

Adult-youth correctional st... by on Scribd