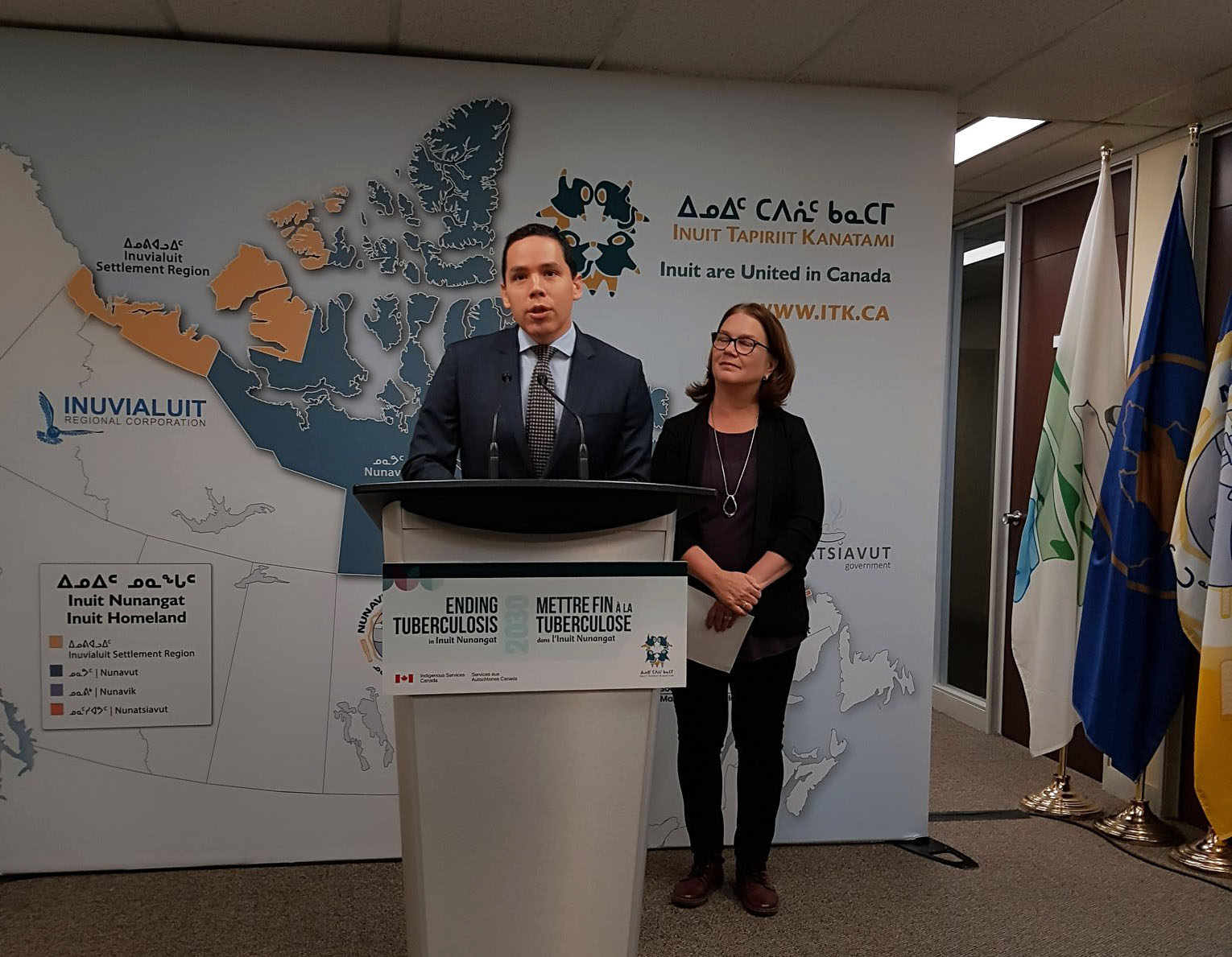 Jane Philpott, on the right, is pictured here with Inuit Tapiriit Kanatami President Natan Obed in March 2018 at the launch of the government’s plan to eliminate tuberculosis from Canada’s North. Philpott, who was currently serving as the federal government’s Treasury Board president, announced her resignation from cabinet on Monday, March 4. Her resignation follows that of her colleague Jody Wilson Raybould, who quit cabinet last month after she said she was pressured in her role as attorney general to intervene in the criminal case involving SNC-Lavalin. “I must abide by my core values, my ethical responsibilities, constitutional obligations,” Philpott wrote in her resignation letter. Philpott first served as minister of Health in Trudeau’s government and later as the minister of Indigenous Services, where she worked closely with Inuit groups. She is credited with launching a plan to eliminate TB in Inuit Nunangat and initiated new legislation to better tailor youth protection services to Indigenous regions. (File photo)