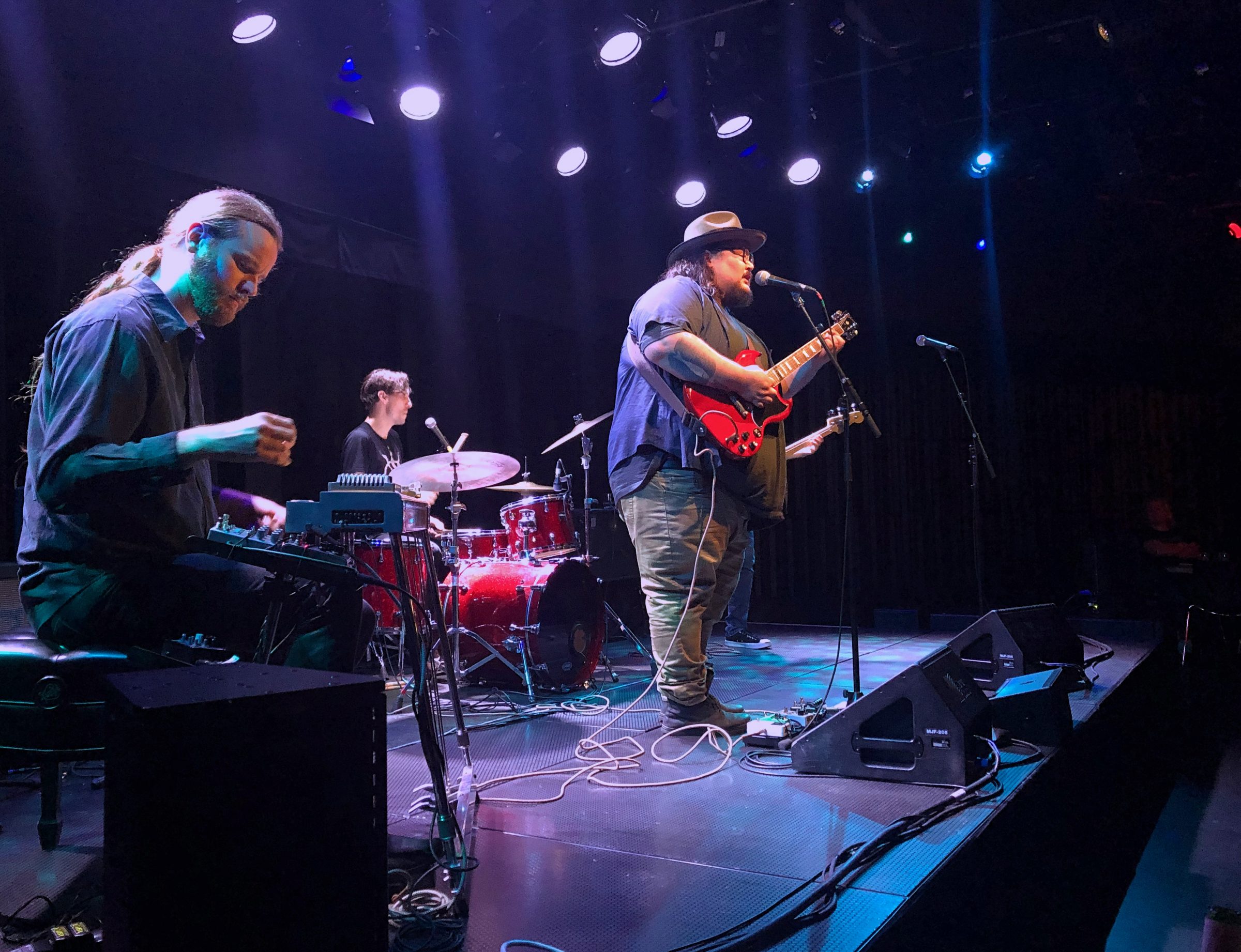 Josh Q and the Trade-offs own the stage at their sold-out show at the National Arts Centre in Ottawa on Friday, Sept. 27. The Arctic soul band did not disappoint, even when Josh Qaumariaq’s guitar string broke during the first few songs. “As you can see, I’m having a good night already,” Qaumariaq joked. “I don’t need that string. Until the second set.” The audience was filled with family and friends, including Qaumariaq’s mom and a cousin Qaumariaq hadn’t met before. “So cool to have so many people I know here,” he said. “Thanks for coming, guys.” The band played as part of Mòshkamo, Ottawa’s Indigenous arts festival, which celebrated the debut of the centre’s Indigenous Theatre. (Photo by Kahlan Miron)