“I just want to do my part” 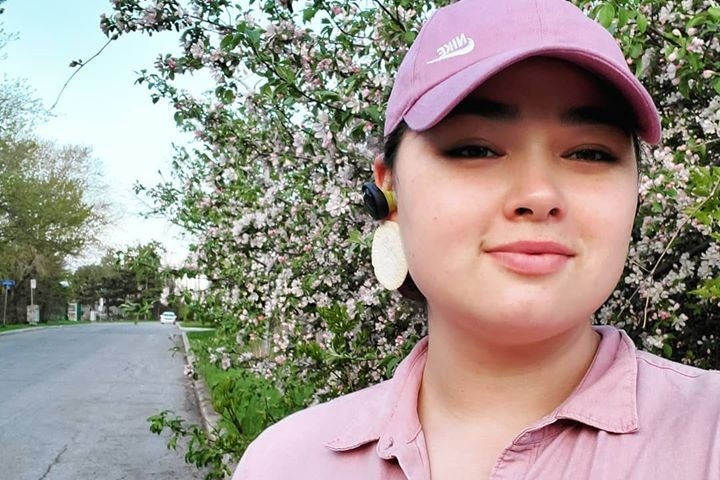 Hannah Tooktoo is biking across Canada to raise awareness about the suicide epidemic affecting Inuit and other Indigenous communities. (Photo from Tooktoo’s GoFundMe page)

When Hannah Tooktoo set off on Sunday to bike across Canada to raise awareness about the high suicide rates among Inuit and other Indigenous peoples, she followed a route that had her tackle British Columbia’s mountains first.

“These mountains can be a symbol of how hard we need to work before we can get into those smoother roads in life,” she wrote on Facebook.

Tooktoo, a visual arts student from Kuujjuaq who now lives in Montreal, started her journey on Sunday, June 16, at Mile Zero in Victoria, B.C. She’ll document her travels with videos and posts on her Facebook page.

Tooktoo describes the services in Nunavik as a “a temporary band aid” when it comes to battling suicide in communities. And the suicide epidemic she’s seen at home is a reality in other Inuit communities too.

According to Inuit Tapiriit Kanatami’s 2018 Inuit statistical profile, the rates of suicide in Inuit Nunangat are five to 25 times higher than in the rest of Canada.

Many people get sent down to Montreal for help, Tooktoo said, since there aren’t many hospitals in Nunavik. But removing people from their communities and support groups can do more harm than good. And while therapists will come north, Tooktoo says they rarely stay long enough to build a relationship with communities and make meaningful change.

“We should be trying to figure out ways that will have lasting effects, will really on the long term help our young people, our people struggling with mental health and suicidal thoughts. Because this is too much, you know?”

Tooktoo will also use her cross-country journey to heal herself. After recently losing a number of people from her community to suicide, Tooktoo had trouble coping—especially while juggling the added responsibilities of motherhood and being a full-time student—with her grief.

“I know that I need to take this time to really work on my health, and my mental health and spiritual health,” Tooktoo said.

“Right now, how I’m dealing with stress, and letting my anxieties and my grief take over, take that power from me, is not a healthy way to live. I need to find better coping mechanisms.”

Part of that healing comes from conversation and connection.

Even before hitting the road, Tooktoo says that people have shared stories with her online about their loved ones who’ve died from suicide.

While she doesn’t know the solution to the suicide epidemic, Tooktoo hopes that these conversations and the ideas discussed will reach the person who can think of one.

Tooktoo is currently planning her route based on the routes of people who have biked across Canada before. But she hopes that, after announcing her route online, people nearby will give her suggestions or direct her to their communities. Because of that, Tooktoo is keeping her route flexible.

In many ways, Tooktoo is allowing herself to be led by others on this trip: “If any of you … are able to help me with finding community or sharing your experience, just shoot me a message or send me an email.”

“I’m just hoping to hear from you guys. I’m trying to steer this conversation in a way that will be the most helpful, and I’m not perfect, so I need your help.”

Since announcing her project a few weeks beforehand, Tooktoo’s been biking around Montreal to physically prepare. But she’s not as worried about the physical aspect of the trip, viewing the cross-country bike ride as endurance and strength training in of itself.

Instead, Tooktoo says the hardest part of the journey will be facing her “toxic coping mechanisms” and the parts of herself she needs to work on. Being alone and without distraction while biking, Tooktoo knows she’ll have to face those things.

But Tooktoo is approaching her trip “in the most loving and forgiving way,” as she writes on her Facebook page.

“I want to make sure people know that although I plan on doing this trip, if at any point I feel I can’t go forward, it will be OK. I will pick up where I left off next summer. I am still a college student and a mother and in no way am I an athlete.”

The project is funded entirely through donations, although Tooktoo has applied to some organizations for funds as well. But her GoFundMe page has already been a fast success, gaining donations from people across Canada in less than a month.

On June 10, Tooktoo also held a fundraiser potluck, which included the sale of some of her artwork and donated art from friends and family.

Tooktoo also plans to donate money to organizations that are helping fight the high rates of suicide among Inuit and other Indigenous peoples. At the moment she’s unsure which organizations those will be, but she’s keeping an eye out.

“There’s a lot of good people trying to fight for our youth and fight for more services … there’s already these beautiful community attempts that are aimed [at] preventing suicide, and I just want to do my part. Even though I’m not in my community, I want to contribute in some way.”