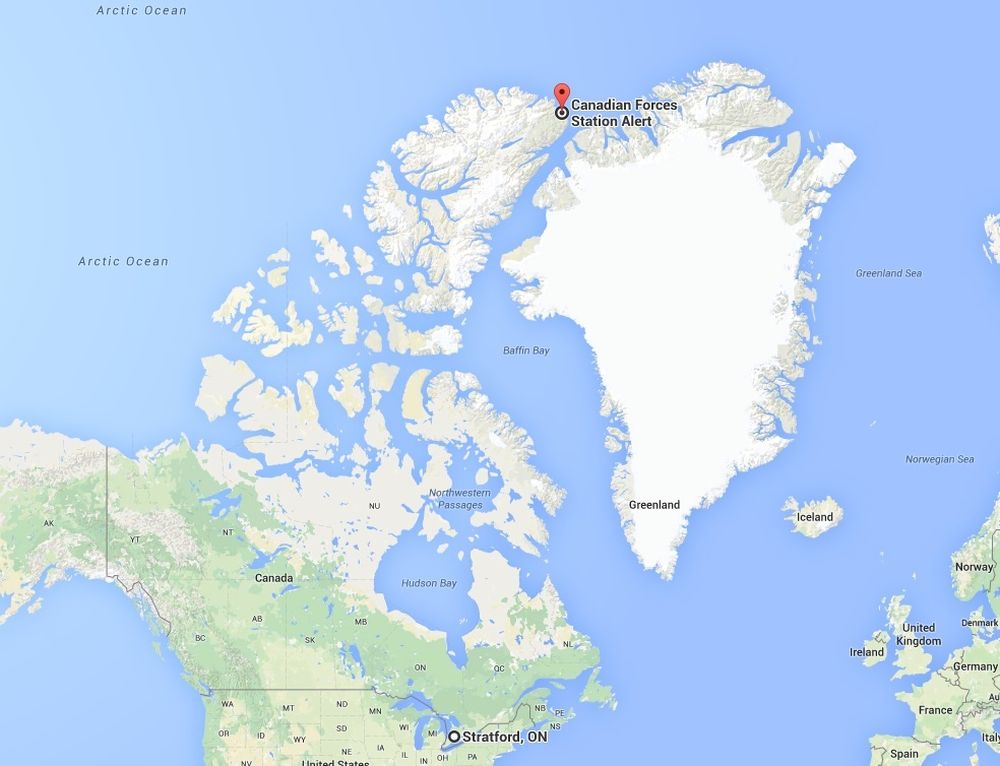 Located 1,300 kilometres north of Iqaluit, Alert’s Canadian Forces Station isn’t supposed to see much warmth in the summer. But in July Alert recorded its highest temperature ever as well as some double-digit temperature highs this past week. (Map courtesy of Google Maps)

If you’re heading to the High Arctic this week, maybe pack your shorts along with your parka.

That’s because the tip of Nunavut’s Ellesmere Island has once again become the hot spot of the Canadian Arctic this week with temperatures in the high teens on Tuesday and Wednesday.

At 10 a.m. on Wednesday, July 31, the temperature at Alert had already reached 18 C before dipping back down into the single digits.

The end-of-July warmth at the top of Nunavut is due to a mass of high pressure pushing across from Europe to Greenland and Canada, said Dalhousie University weather watcher Patrick Duplessis.

That’s the same hot air that recently brought record-breaking sweltering temperatures to southern Europe. To the north, the heat was high enough to send reindeer in northern Finland to a riverside beach near Rovaniemi to cool off. 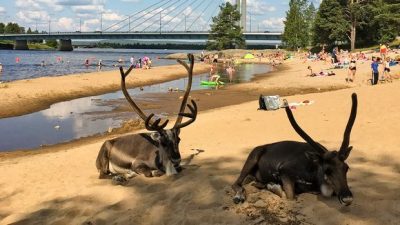 Like many in Rovaniemi, Finland, these reindeer want to cool off at the beach during a recent heat wave in a widely circulated photo taken by a passerby. (Photo courtesy of Johanna Koivisto)

Now, the hot air from Greenland is raising temperatures in northern Nunavut, Duplessis said, although “we don’t usually think of Greenland as a warm place.”

This year, parts of the island next to Nunavut have also been subjected to wildfires, such as the one in Qeqqata, smouldering since early July.

And scientists have noted higher upper-air temperatures along with a higher than average melt-rate for Greenland’s massive ice sheet.

To describe this melt, scientists are now resorting to words like impressive, exceptional and huge.

In July, the Greenland ice sheet lost 160 billion tonnes of ice, with scientists predicting the peak of the big melt to take place today, Aug. 1.

Meanwhile, the Arctic sea ice extent is still the lowest on record for this time of year, about three million square kilometres less than the average seen in the 1980s.

While the icy polar water is enough to keep things cool in the High Arctic, again it’s that heat from the east in July which is changing weather conditions.

The result is the warmest month of July in Alert since 2009, Duplessis said.

Alert also broke a couple of high temperature records earlier in July: July 14 and July 15 were the warmest on record at Alert.

In almost 70 years of records, the station had never recorded a temperature above 20 C on July 14, Duplessis noted.

Other High Arctic communities also felt the heat in July: the July 3 low of 6.5 C in Resolute Bay was the warmest on record since 1948 for that date, beating the 6.2 C temperature set in 2010.

Meanwhile, Rankin Inlet and Baker lake shivered: July 2’s high of 4.8 C in Rankin Inlet, which has 41 years of weather data, came in as the coldest July on record for that date, lower than the previous low temperature for that date, of 4.9 C set in 2010.

Overall in July, temperatures in Rankin Inlet came in -1.3 C lower than usual, making July the coldest since 1992.

Kugluktuk was also -1.4 C chillier than usual and Cambridge Bay was -0.5 C cooler.

You can see the various anomalies from community to community of this map prepared by Duplessis.

Duplessis said these variations are to be expected when the jet stream pushes hot air north.

“But it’s not supposed to happen,” Duplessis said. “It’s weird being between being worried and having interesting data to work with.” 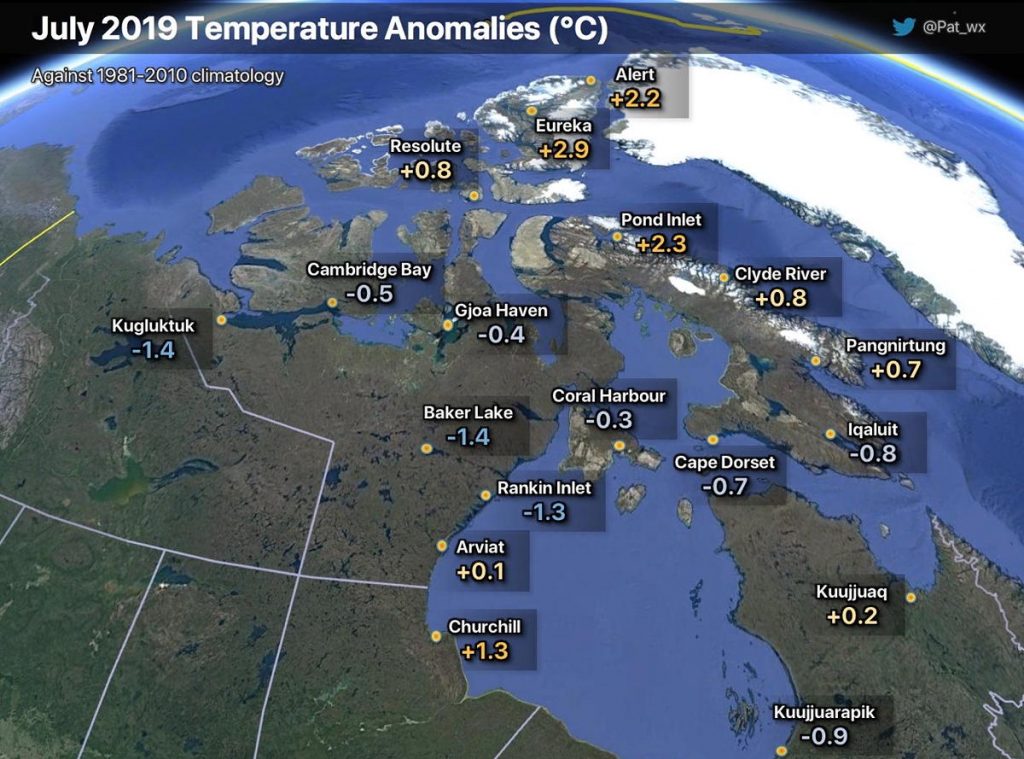