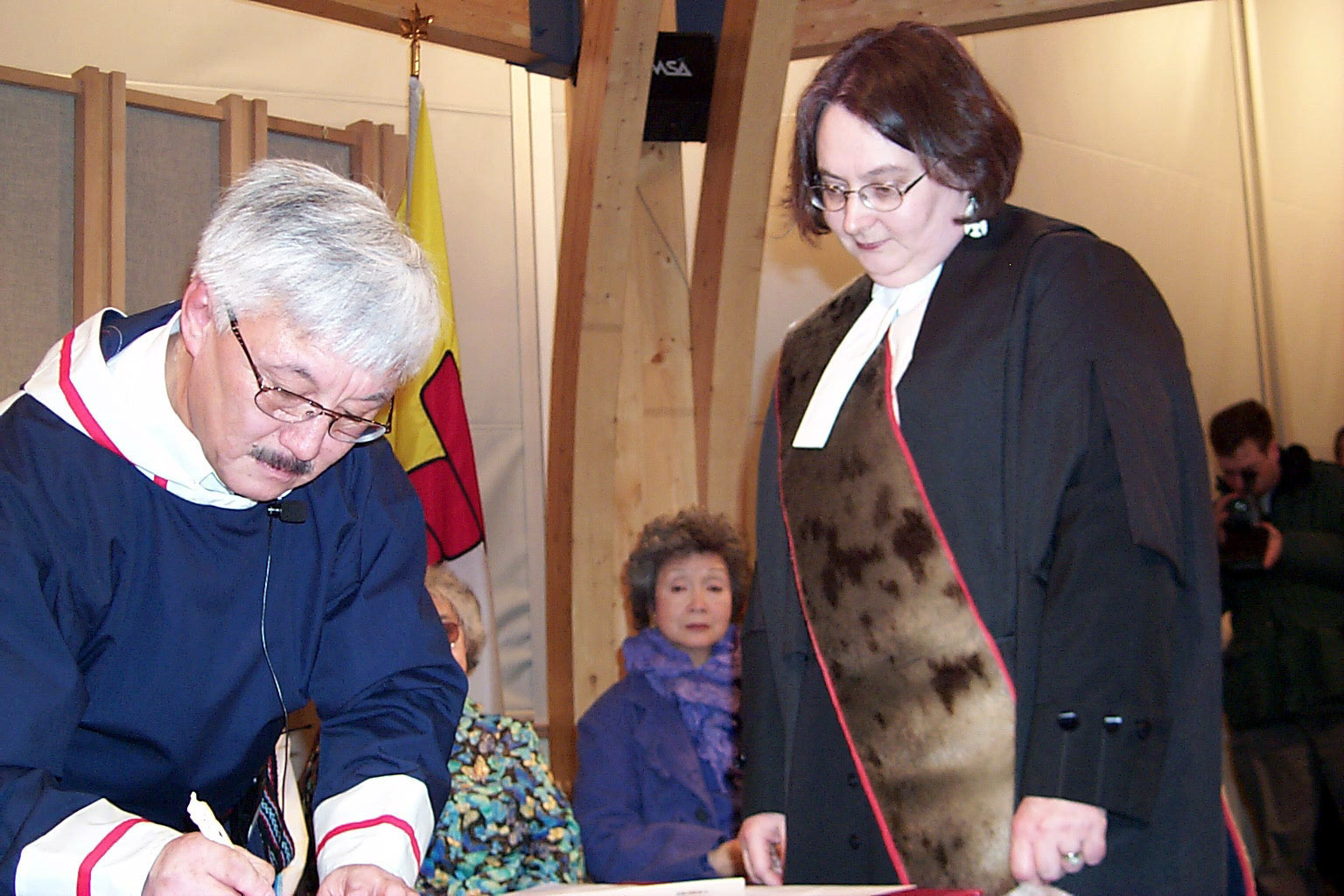 Colleagues of Justice Beverley Browne paid tribute to Nunavut’s first senior judge, a woman they described as the “gold standard” of judicial community commitment who worked to improve the court’s relationship with Indigenous communities.

Browne died Wednesday in Edmonton at the age of 68.

“Justice Browne’s commitment to advancing the law for the benefit of Nunavummiut was on display every time she presided,” Nunavut’s Chief Justice Neil Sharkey wrote in a statement distributed by the Nunavut Court of Justice on Friday. “Justice Browne represents the gold standard of judicial community commitment.”

Browne was the first chief justice of Nunavut when the territory was created in 1999. She served 10 years in that role before becoming a member of the Queen’s Bench of Alberta in 2009. She retired from that role earlier this year.

She continued to serve as a deputy judge until her retirement and, until recently, led meetings aimed at revitalizing the elders’ program in the Nunavut Court of Justice, a program she had initiated, Sharkey said.

In addition to Browne’s professional achievements spearheading a Nunavut law school, developing the law and building a superior court, her personal accomplishments included raising her children and developing a music society, Sharkey said.

Premier Joe Savikataaq also commended Browne’s career, saying “she had such an impact on justice in Nunavut.”

“She touched us all with her compassion, her down-to-earth approach to problem-solving and her strong desire to improve the Courts’ relationship with Indigenous communities through her work on the Courts’ Gladue Committee and Restorative Justice Committee,” Moreau wrote in a statement.

Last November, Browne was honoured at a ceremony held by Cree elders in Alberta, who gave her the spirit name “Woman Standing with the Law.”