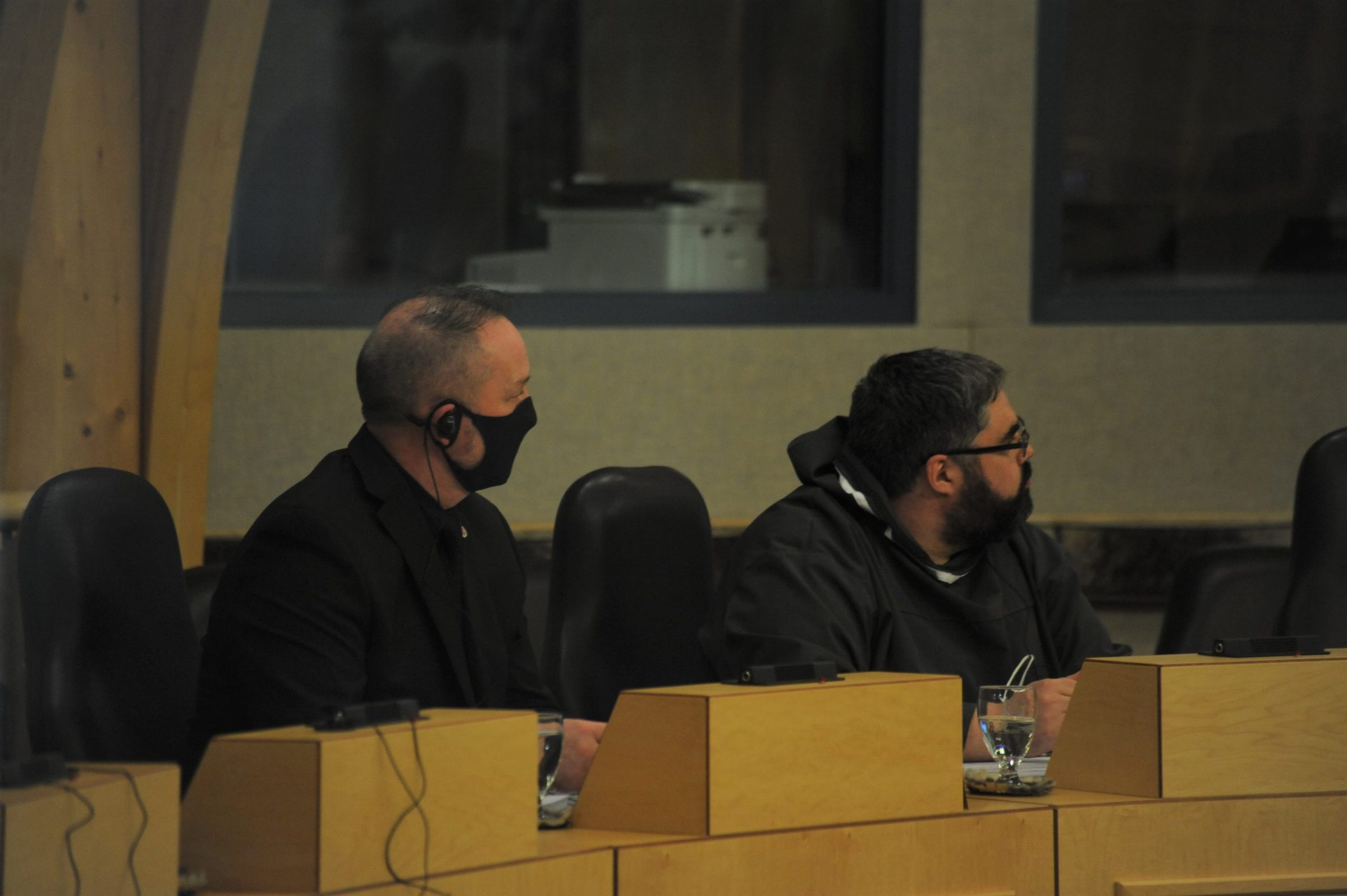 Territorial leaders met in the legislative assembly for a hearing on a 2021 report from the Auditor General of Canada that said the department hadn’t satisfactorily addressed recommendations auditors made six years ago to improve its corrections division.

The 2021 report included nine new recommendations, and nine still outstanding from the 2015 report.

Addressing the assembly, Mansell listed some of what he said were its successes, including increasing program, medical and inmate space by building the Aaqqigiarvik Correctional Healing Facility, which opened last fall in Iqaluit.

When the old Baffin Correctional Centre is renovated, there will be a kitchen for country food preparation, a laundry area and classroom, he said.

Also, the department has an information-sharing tool in beta testing stage that will help track intake reports and individual clients’ needs assessments, and a new case management system has been taught to some staff.

That will help the department address “many of the case management concerns identified by the auditor general,” he said, without specifying which ones.

“The initiatives I have highlighted are examples of the hard work currently being done … to respond to the auditor general’s concerns,” Mansell said. “I can assure members that this work is ongoing and is a priority.”

Mansell said a case management committee was established in 2019, and a manual for standardizing cases was created and circulated among staff.

He said case management begins the day an inmate arrives, and new information-sharing tools will help standardize inmate management across all eight facilities.

“In the auditing world, if you don’t document it properly they don’t consider it having been done,” Mansell said.

“And one of our challenges was that we were doing some of these things, but weren’t properly documenting them.”

Deputy auditor general Andrew Hayes said acting on the recommendations is important for having “a corrections system that promotes the healing and successful reintegration of inmates into society.”

Asked if the auditor general’s office will do a follow-up audit, Hayes said his team is looking instead at doing updates on recommendations rather than full audits, but did not say when that might happen.

The auditor general’s next reports in Nunavut are expected to cover family and child services this year and COVID-19 vaccine distribution next year, said Iqaluit-Tasiluk MLA George Hickes.

Correction: This story has been updated to correct Mickey McLeod’s job title.