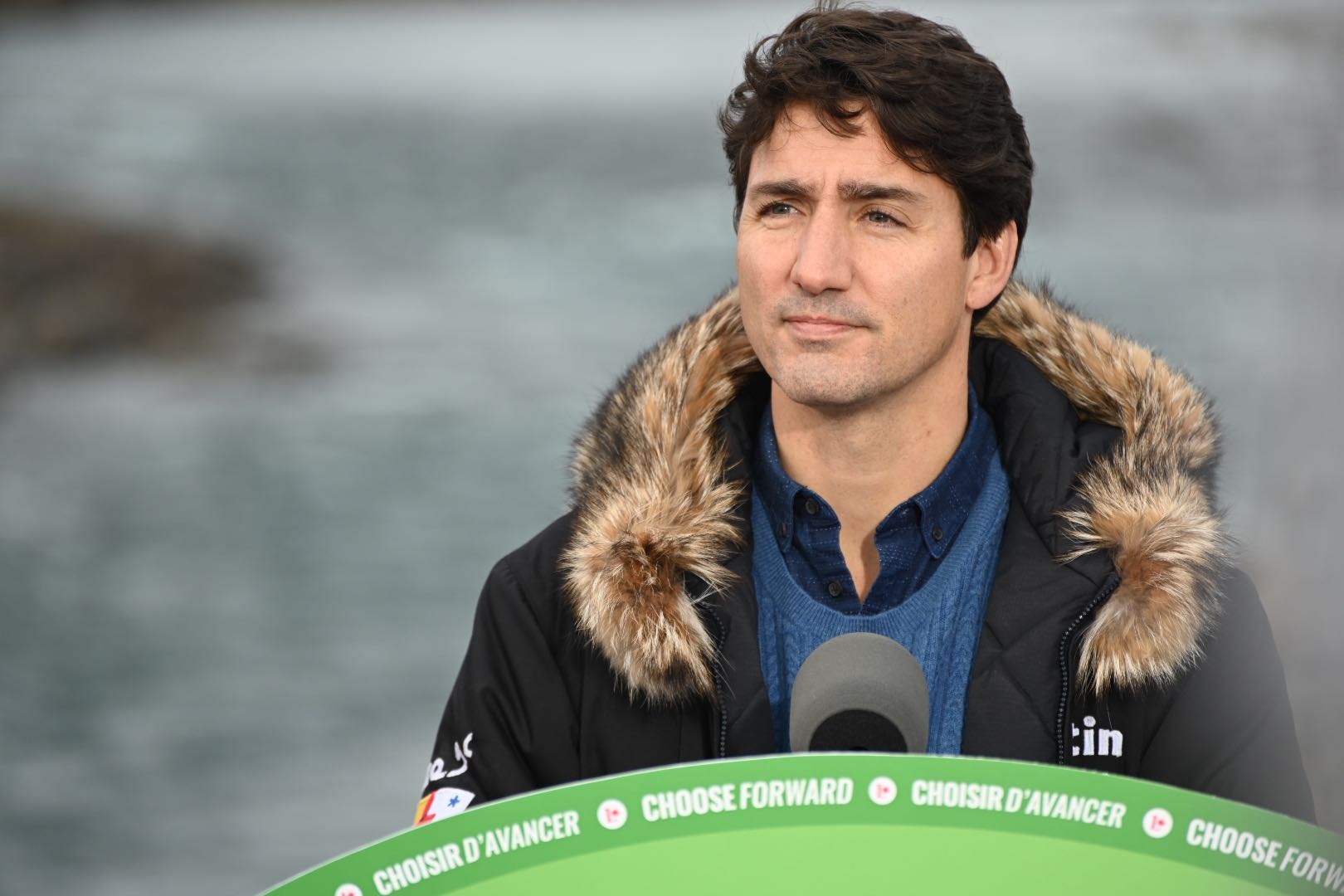 Prime Minister Justin Trudeau virtually toured the three territories on Thursday. This included a meeting with people involved in the Young Hunters Program in Arviat.

“Unfortunately a northern tour isn’t quite as exciting for me as it used to be,” Trudeau said over the phone on Thursday morning from Ottawa.

Premier Joe Savikataaq and Northern Affairs Minister Dan Vandal were present at the meeting. Kukik Baker, the executive director of the Aqqiumavvik Society, which runs the Young Hunters Program, was also there, as well as young hunters, program workers and an elder.

The young hunters program is “something that we’re so happy to support,” Trudeau said.

The program has been getting attention from Ottawa, including a funding announcement made in February, and meetings in the summer between its representatives and Vandal and the leaders of Inuit Tapiriit Kanatami and Nunavut Tunngavik Inc.

“Having access to country food is better than entirely relying on the Northern stores and food shipped North,” Trudeau said.

Most of the meeting involved officials listening to the people involved in the program, said Savikataaq.

“I’m quite surprised and happy that the prime minister knows about the Young Hunters in Arviat,” Savikataaq said. “I’m from there and was surprised when he was going on a virtual tour.”

Savikataaq said he told Trudeau that when growing up, he didn’t have anyone to show him how to go out on the land, so he went out with another young friend, and they made a lot of mistakes.

“This is a much easier, safer system for someone to learn all those mistakes,” Savikataaq said he told the prime minister. “And I said, ‘no one can live long enough to learn from their own mistakes, so learn from other people’s mistakes.'”

Trudeau said he looks forward to the next time he can visit Nunavut, but he understands why there are travel restrictions, which is something “we support and have been helping with.”

Overcrowded housing and an under-serviced health-care system are “challenges that we have recognized for many years,” Trudeau said.

“But there is still so much work to do. This COVID crisis is potentially absolutely devastating for the North, and that’s why keeping it out is so important.”

Trudeau defended the spending commitments his government has made towards helping Nunavut address its housing shortage.

“We need to do more, but we also need to make sure that we’re actually delivering on the money that we have,” he said.

Savikataaq said he is happy with the money that Nunavut has received from Ottawa for COVID relief. That’s included northern top-ups, which are an acknowledgment from the federal government that per capita allocations don’t make sense in the territories and smaller jurisdictions, he said.

Per capita allocation has been a long-standing issue for northern leaders.

For example, Savikataaq said, the initial COVID relief funding was $500 million total. Nunavut’s share, calculated based on the territory’s population, was $516,000. The amount left Savikataaq saying that Ottawa was shortchanging Nunavut.

The only thing Savikataaq said Nunavut could use more help with now in terms of handling COVID-19 is paying for the southern hotels that act as isolation hubs.

“If we could get help even for the medical patient portion, that would go a long way to help financially,” he said.

Along with the virtual meeting in Arviat, Trudeau met with people from Yukon University, and had a roundtable on housing with leaders from the Northwest Territories.