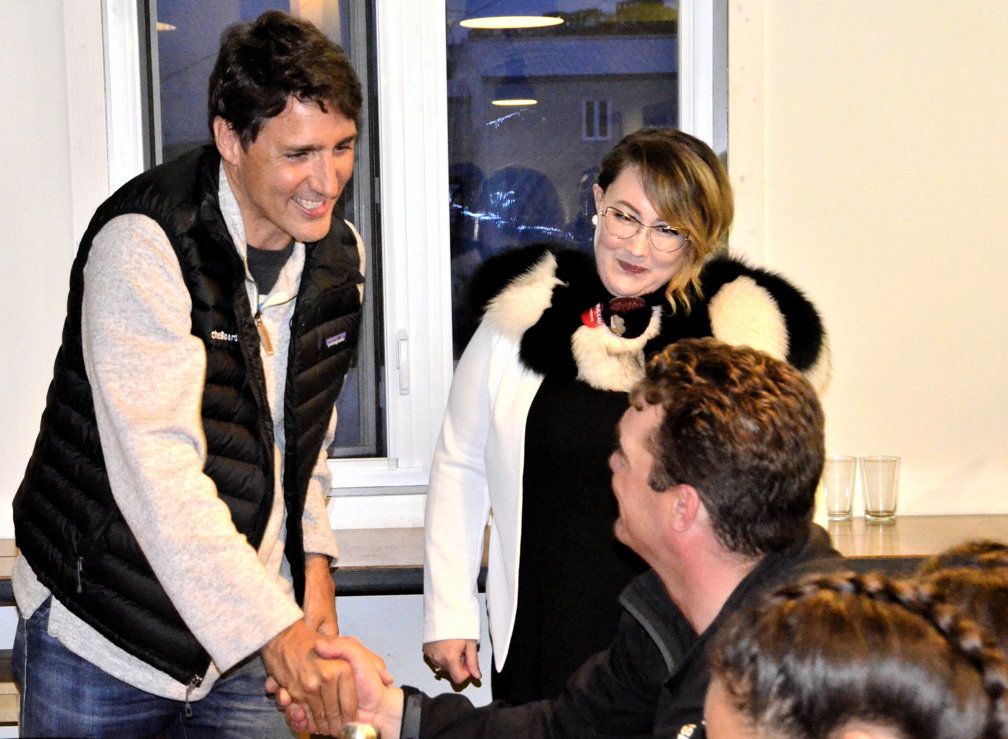 Justin Trudeau will make a campaign stop in Iqaluit today, according to an Oct. 7 press release.

The Liberal leader, joined by Nunavut’s Liberal Candidate Megan Pizzo-Lyall, is scheduled to deliver remarks at Sylvia Grinnell Territorial Park just after noon, according to the release.

Trudeau will speak about his party’s plan “to protect the environment and fight climate change,” the release said.

He will also be available for questions from media at the park.

Trudeau and Pizzo-Lyall will visit with elders at the Elders Qammaq at 1 p.m., the release said.

Trudeau visited Iqaluit earlier this year in August to make announcements on marine protected areas and housing in the territory. He also visited Arctic Bay in August.