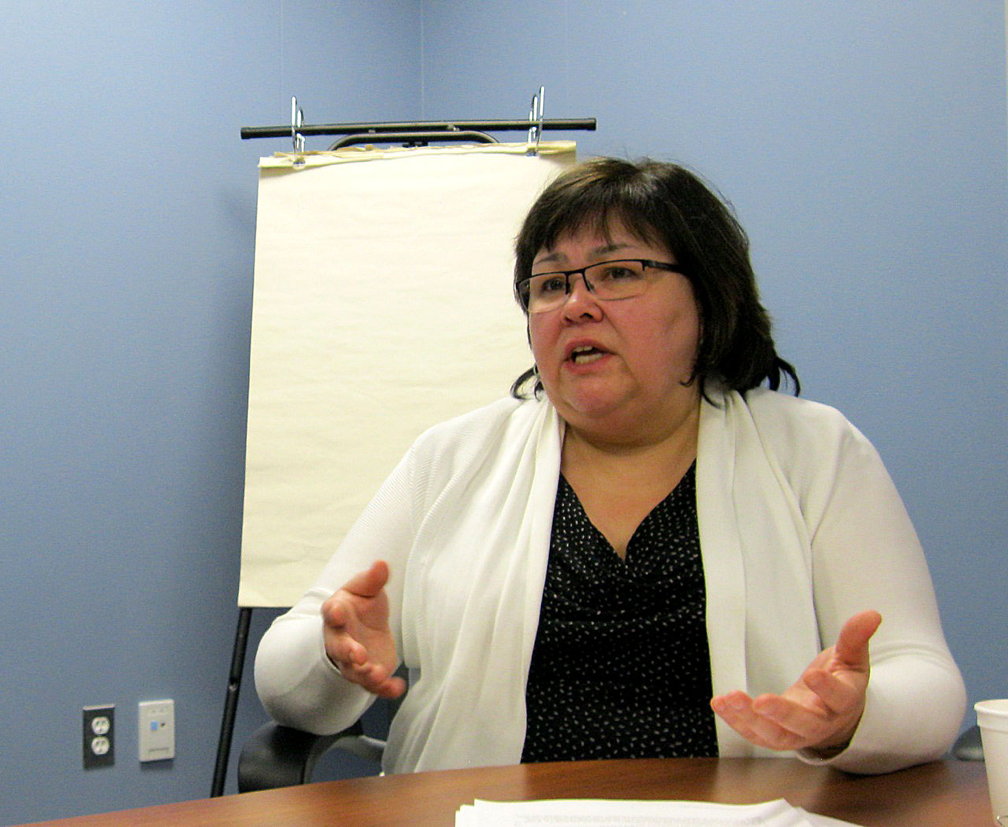 Kathy Okpik will return to a position she held for many years: deputy minister in charge of Nunavut’s Education Department. (File photo)

Okpik, who had served as the Education Department’s top administrator for many years, has served as deputy minister of EIA since December 2017, when she replaced veteran civil servant Chris D’Arcy, who has since left the GN.

The vacant DM position at the Education Department opened up recently after Louise Flaherty left the job last June to work in the private sector.

Meanwhile, Pujjuut Kusugak will leave the public service, departing from the deputy minister position at Culture and Heritage. Kusugak had earlier served as DM of education.

“Premier Savikataaq thanks Pujjuut Kusugak for his guidance in his roles as deputy minister of culture and heritage and education, and wishes him all the best as he moves into new opportunities,” said a GN news release.

All of those appointments are effective on Sept. 9.

That’s when Theresa Hughes will become the permanent DM of culture and heritage.

“As we head into the last half of our Turaaqtavut mandate, it is clear that we need to build on the momentum of our accomplishments to date. These changes balance the varied skills and passions of these individuals, with the substantial work to be done,” Savikataaq said in the news release.