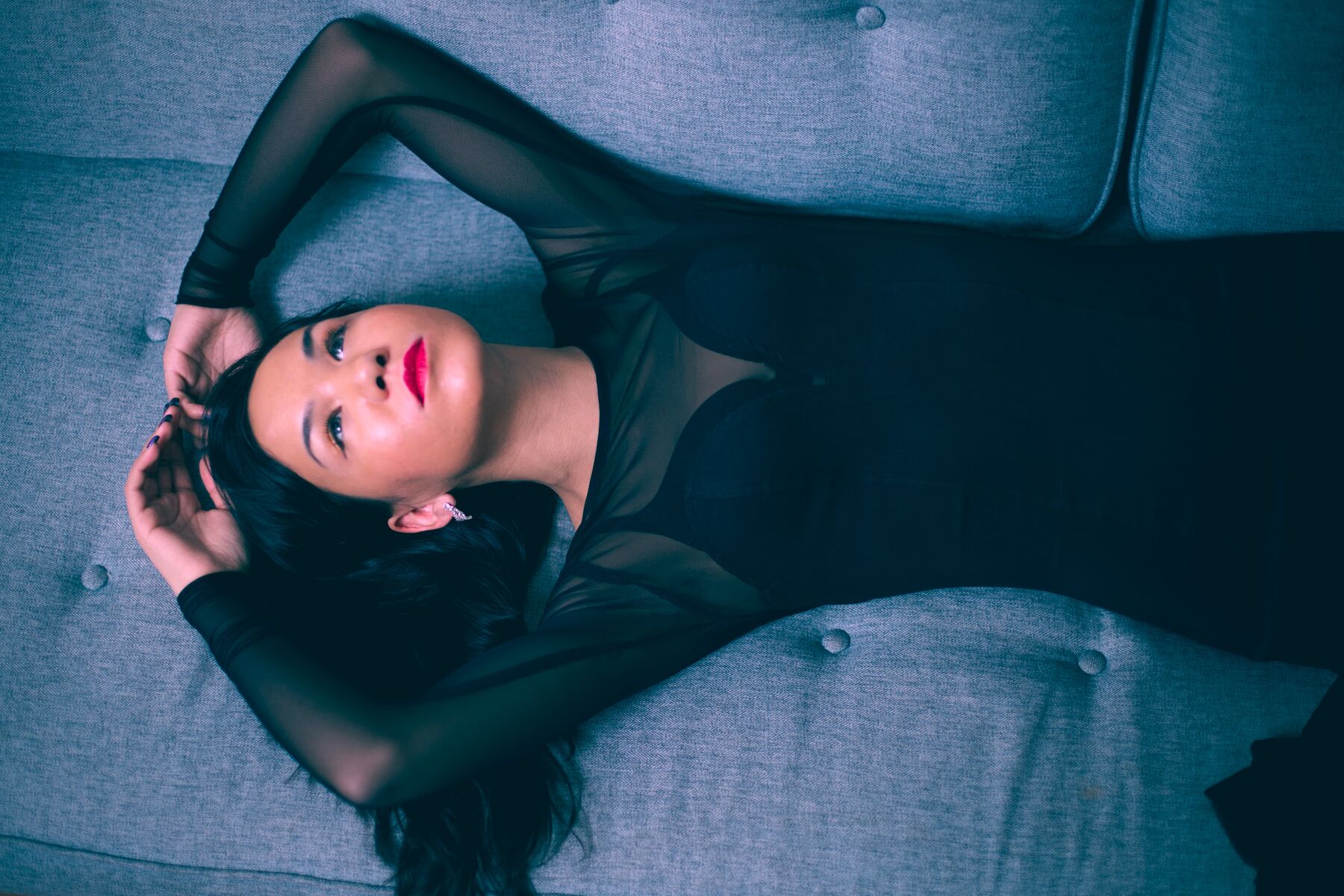 Inuk singer-songwriter Kelly Fraser has a story to tell.

“I’m ready to go out as an artist and talk about something very deep,” Fraser says.

The 26-year-old Juno-nominated pop artist from Sanikiluaq is working on her third album, which she has already chosen a title for—Decolonize.

“The album will be basically teaching people about colonization and how there’s these stereotypes embedded in people’s brains. There’s still so much that needs to be healed in this country,” Fraser says.

Fraser, who won a 2019 Indspire award, sings in Inuktitut and English, often putting her lyrics to dance beats and pop-rock rhythms.

She is also known for her Inuktitut covers of pop songs, like Rihanna’s “Diamonds” and Camila Cabello’s “Havana,” which Fraser posts to her YouTube channel.

In addition to recording and performing, she also teaches Inuktitut songwriting workshops with Nunavut Hitmakerz, an organization that empowers Nunavut youth through promoting career development and opportunities through the arts.

As an artist with a growing national and international following, Fraser says she gets a lot of questions about growing up in Nunavut.

“Every space I’m in, other than at home, I’m always asked, ‘Is it cold? What’s it like up there? What are the people like? What is the food like?’”

“I want an album that explains all that without me having to explain it over and over again in all circles that I’m in.”

Although the album will deal with difficult, personal subjects for Fraser like residential schools and the RCMP’s slaughter of sled dogs in the eastern Arctic in the 1950s to 1970s, she hopes her new album will promote healing and bring people closer together.

“I want to tell people what to do. How they can help. How every human on this earth has a purpose and one of them is to leave this earth the way we came to it. And not create more damage than good. So I’m hoping to create peace with this album.”

But, as an unsigned, independent artist, Fraser says she needs funding to produce and market her album. To do that, she launched a Kickstarter campaign, with a goal of raising $60,000.

Money raised will support the recording and promotion of Decolonize, she says.

“I will use it to record the album, not just record it but publicize it. It can be very expensive if it’s for over a year.”

Donors will receive different prizes, depending on how much is given to her campaign.

For example, if someone donates $20, they will receive two digital pre-release singles and a private behind-the-scenes Snapchat of the recording process.

Donate $100 and you will receive the pre-release singles, Snapchat, a merchandise package and a pre-release copy of the album.

The album will also feature other artists, including Silla and Rise, PIQSIQ, Mob Bounce, Blackfoot and Mamarudegyal MTHC.

For Fraser, the money will also help her compensate those artists.

“I want to compensate them because a lot of the time as artists we’re always giving each other freely, but I want to pay everybody for their time,” Fraser said.

Fraser will write and record the album in early 2020 and plans to release it in May or June.

“I’m very grateful for all the support I’ve been given by my people. I’m very grateful that a lot of non-Indigenous people are fans of mine. So I give thanks to everybody that listens to my music, in particular my own people who allowed me to break through into the commercial music industry.”

Fraser says she wants Decolonize to help non-Indigenous people understand Canada’s history of colonization in order to move forward as a country.

“I know even just the title can anger people, because they have a fear of what that could mean, but it doesn’t mean that we will oppress non-Indigenous people the way we were oppressed. Decolonizing is a way to have us involved in every way.”

“I want my children to live differently than how I lived, or my mother. Because I’ve faced a lot of barriers to becoming what my dream is to be a successful singer-songwriter.”