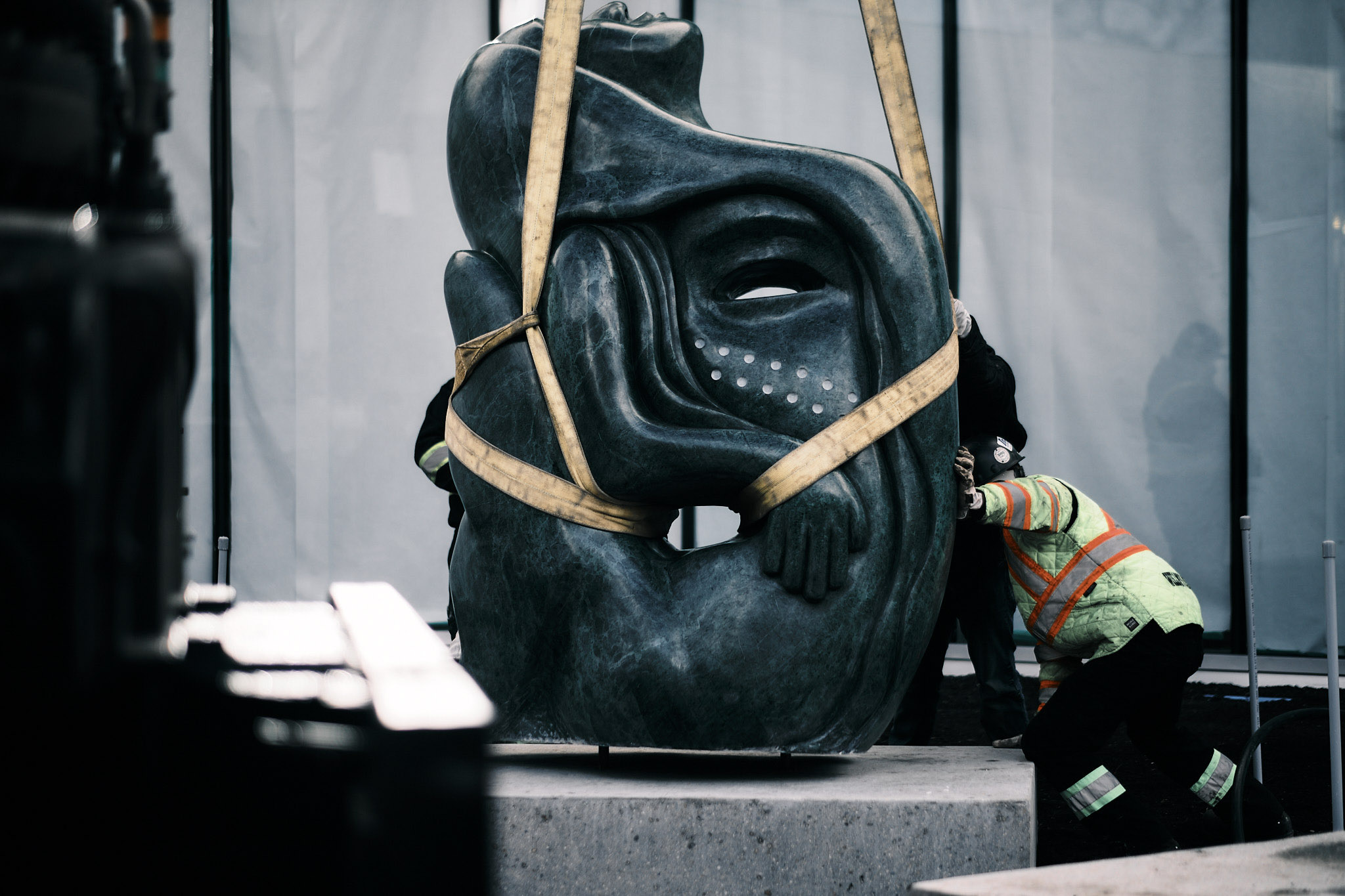 Visitors who walk through the plaza outside of Winnipeg’s soon-to-open Inuit art gallery will be met with Inuit mythology and symbolism in the form of a marble carving by Kinngait-born artist Goota Ashoona.

The sculpture was transported by crane to its permanent home in front of the gallery, named Qaumajuq, which means “it is bright, it is lit” in Inuktitut, last week. 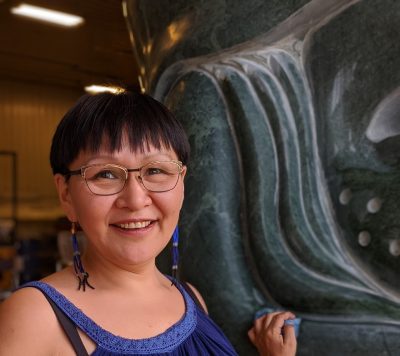 Kinngait-born Goota Ashoona is a third-generation artist, following in the footsteps of her father and grandmother. (Photo courtesy of Jocelyn Piirainen)

It’s titled Tuniigusiia, meaning “the Gift” in Inuktitut, and represents the transfer of knowledge through education and storytelling, and the important role teachers play in communities, according to a news release from the gallery.

The Manitoba Teachers’ Society commissioned what it calls the “monumental” artwork. It was unveiled on Jan. 21.

“It will teach us, as all good teachers do, to challenge conventional wisdom and privileged perceptions to find truth, connection, and value in our shared humanity,” said James Bedford, president of the Manitoba Teachers’ Society.

Qaumajuq is slated to become a building dedicated to Inuit art at the Winnipeg Art Gallery. It’s scheduled to open later this year.

Ashoona is a third-generation artist, the daughter of artist Kiawak Ashoona, who was appointed to the Order of Canada in 2000. She is also the granddaughter of the late printmaker Pitseolak Ashoona, whose art was shortlisted last year to be featured on Canada’s next $5 bill. The federal government has not announced who will be featured on that bank note.

In creating the sculpture, Ashoona was inspired by a story her grandmother told her about a magical, tattooed woman, she said. 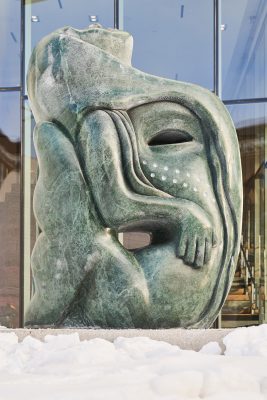 Pictured here, one side of the marble carving by Inuit artist Goota Ashoona represents Sedna, a figure in Inuit mythology. (Photo from the Winnipeg Art Gallery) 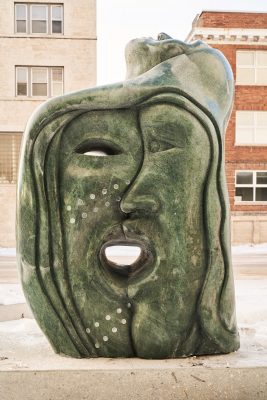 Pictured here, one side of the sculpture by Goota Ashoona depicts a mother teaching her daughter to throat sing. (Photo from the Winnipeg Art Gallery)

On one side of the sculpture, which is bigger than a person, Ashoona depicts Sedna, the goddess or mother of the sea in Inuit mythology.

Ashoona, who is an accomplished throat singer, chose to carve the face of a mother teaching her daughter to throat sing on the other side.

She now does her sculpting work from her personal studio in Elie, Man., mostly using soapstone and whale bone.

“I believe in my work just like I believed in myself,” said Ashoona in a video interview with the gallery.

Correction: A previous version of this story incorrectly identified the artist’s father.