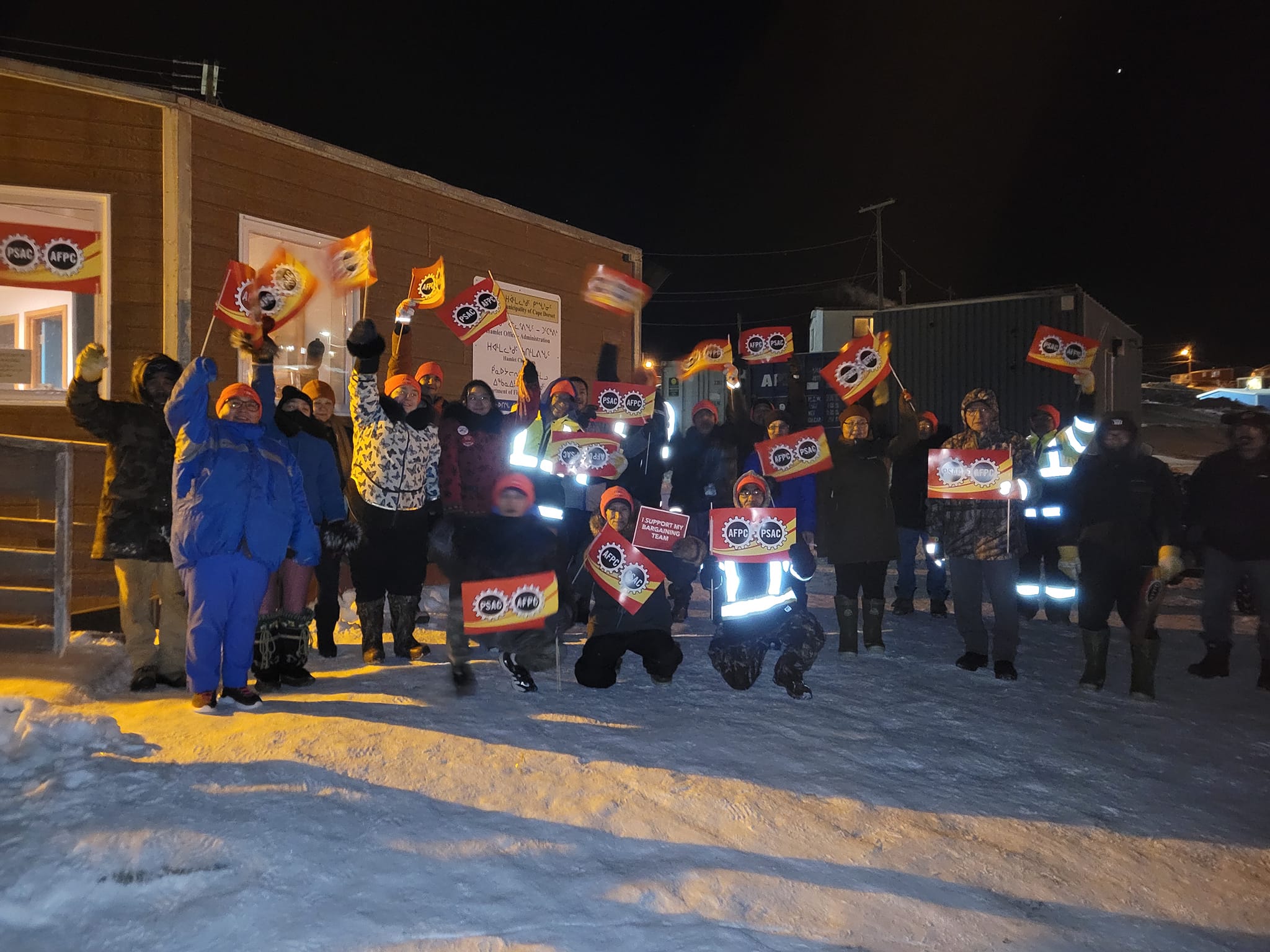 Unionized municipal workers in Kinngait staged an information picket outside the hamlet council meeting Tuesday, as they wait for the ability to act on their threat to strike.

Despite approving a Nov. 22 strike deadline earlier this month, a possible strike remains on hold as the union and municipality wait on Canada’s Industrial Relations Board to rule which jobs are essential or non-essential.

The 24 union members provide key duties, including water and sewer services. They have worked for two and a half years without a contract, after their previous collective agreement expired March 31, 2020.

For a legal strike to go ahead, the Industrial Relations Board requires both parties to agree on what services would continue to be provided during a labour dispute in order to prevent an immediate and serious danger to the safety or health of the public.

The union and municipality have been unable to agree on which positions should be deemed essential, and the decision lies in the hands of the board.

He said the union has tried to engage with Kinngait Mayor Timoon Toonoo and council who he said are insisting 20 of the 24 positions held by union members, who want to strike, be deemed essential.

Neither Toonoo nor Kinngait senior administrative officer George Luhowy could be reached for comment Wednesday.

During Tuesday’s information picket, union members handed out pamphlets explaining what they are seeking in a new contract.

Rochon said the mayor, senior administrative officer and councillors were unwilling to engage. The union’s request to speak at council was denied.

“I’m really disappointed, because I really truly believe that negotiations can be done in a fair way and they can be a lot less hostile,” Rochon said of the hamlet’s approach to negotiations.

“When [the mayor and councillors] say that they care, that’s nice. [But] like caring and saying pretty words doesn’t put food on the table. It’s an opportunity now. We’re asking them to bring action that treats people fairly and compensates people fairly.”