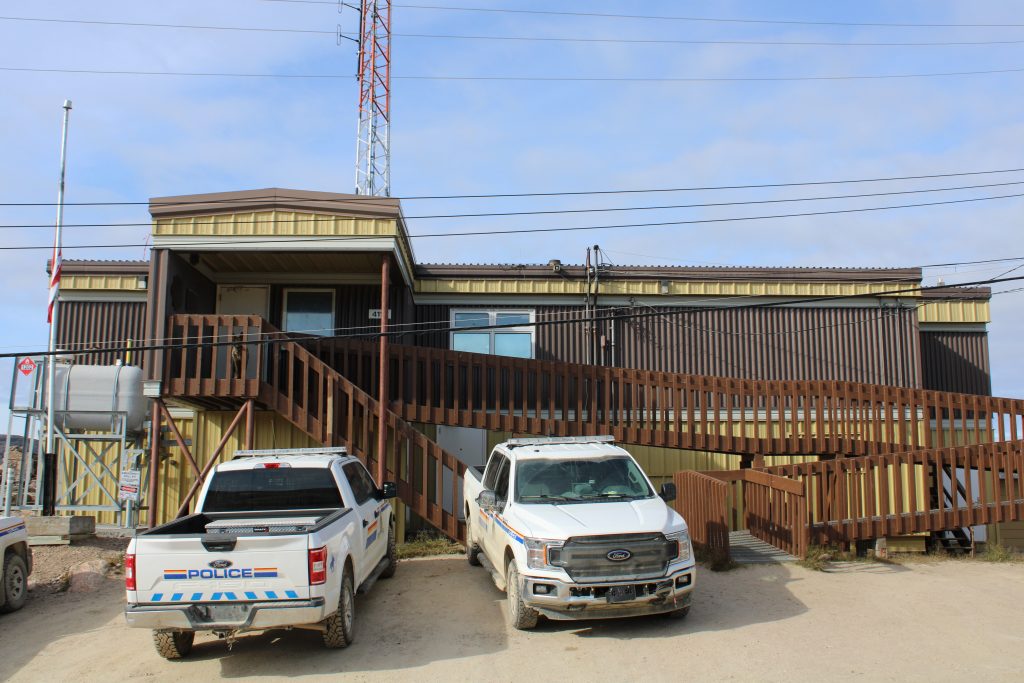 Pavinak Petaulassie has been charged with firearms-related offences after reports of gunshots being fired near Kinngait’s RCMP detachment on Oct. 14. (Photo by David Venn)

A man arrested after reports of shots being fired near the Kinngait’s RCMP detachment last week has been identified as 30-year-old Pavinak Petaulassie.

Around 4 p.m. on Oct. 14, RCMP issued a notice for people in Kinngait to shelter in place after there were reports of shots fired near the police detachment.

Nearly 30 minutes later, at 4:34, the shelter-in-place order was cancelled.

Petaulassie was the only person involved in the incident, Melanson said.