Kivalliq MLA pushes for jobs in all Nunavut communities 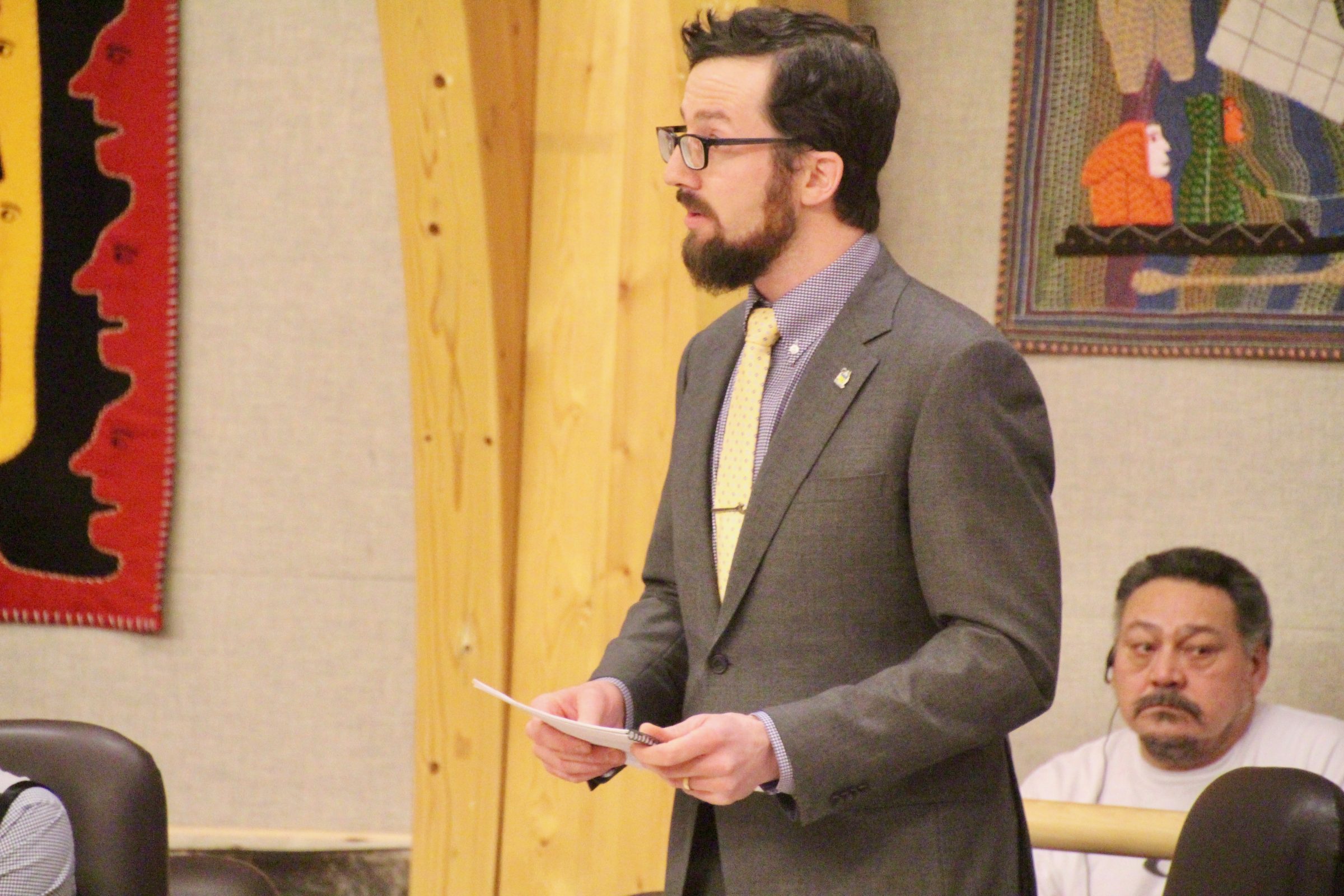 Main said on Wednesday, Feb. 20, in the legislative assembly that decentralization was omitted from the budget, and that the current government treats the 20-year-old model like a “checked box.”

“Unfortunately it seems that decentralization is an idea that has been forgotten like a five-gallon can that fell off the back of a qamutik. It has been left on the trail back in 1999,” said Main, who is known to question government support for Nunavut’s smallest communities.

HR department will launch Inuit employment plan up to 2023

Hickes defended the budget, saying it fully addresses a need to increase jobs for Inuit and fill vacant government positions across the territory.

“Out of those positions that we’re looking at training and developing for, they’re not all here in Iqaluit,” he said.

On April 1, to mark Nunavut’s 20th birthday, the GN will resurrect its Human Resources Department, and the department’s first priority will be to finalize a Master Inuit Employment Plan that will be used until 2023.

Inuit employment in government has doubled since the creation of Nunavut, Hickes said in his budget speech. But, for the past seven years the GN’s Inuit employment rate of 50 per cent has been largely static because staff positions within the GN have also doubled in that time.

“In broad terms, for every three jobs in our government, one job is held by an Inuk, the second job is not, and the third job is vacant,” Hickes said in his speech. “As we fill vacancies, we take seriously our obligation to provide a government that represents the people it serves.”

Main asked whether the new Inuit employment plan would take the goals of decentralization into consideration. Hickes said he would follow up with Main about this question.

Under Nunavut’s decentralization model, 60 per cent of all government jobs are supposed to be filled outside Nunavut’s capital. Hickes said the GN is close to meeting that threshold.

“When we talk about the Inuit employment plan, it’s to create employment all across the territory from all departments and agencies that the government is in charge of,” Hickes said, in response to Main. “As a government, we want to see positions in the communities.… The more self-reliance we can build within our communities, the stronger Nunavut is.”