“We will have all the rights and no caribou” 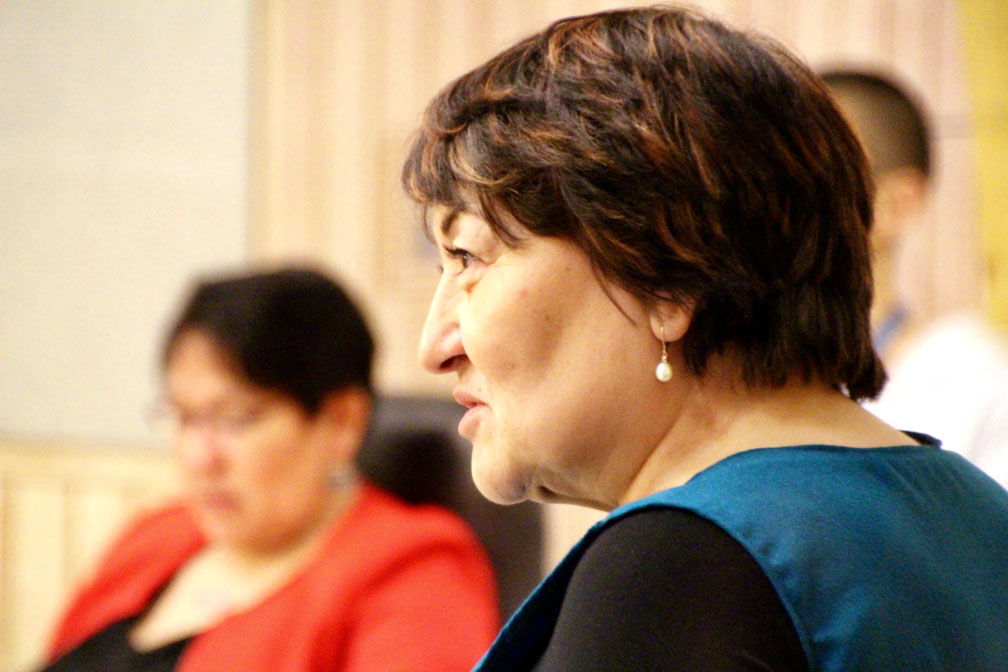 Cathy Towtongie, Nunavut’s MLA for Rankin Inlet North-Chesterfield Inlet, wants the GN to change the Income Assistance Regulations so clients can win at bingo without it affecting how much social assistance they get. (Photo by Beth Brown)

The subsidy, which is to be rolled out after April 1, 2019, provides $62.6 million over five years to help country food harvesters throughout the three territories and six provinces that benefit from the Nutrition North Canada program.

So far, the federal government has released few details on what the harvesters subsidy would do.

But Savikataaq says that if the money is used for a full freight subsidy for caribou meat, some Nunavut herds may suffer.

“We just have to be mindful that if it’s a full freight subsidy for caribou, the amount of caribou being sold and harvested for commercial use may go up and that would be detrimental to some caribou populations,” Savikataaq said in the legislature on Tuesday, Feb. 19.

Right now, there’s no total allowable harvest for the main caribou herds in the Kivalliq region.

That means that, under the Nunavut land claims agreement, Inuit beneficiaries in the Kivalliq are free to harvest caribou and to sell it commercially to buyers in other regions, such as Baffin, where a strict total allowable harvest for caribou is now in place in response to dwindling herd numbers.

“It’s in the land claims act that a beneficiary has the right to buy, sell, trade, or barter. Until that provision is changed, we as a government cannot infringe on the right of beneficiaries for the right that they have,” Savikataaq said.

Towtongie, speaking in the legislature the same day, said that she also is worried about the health of Kivalliq caribou populations and the impact of unregulated private sales of caribou meat.

Many of these sales are brokered on Facebook sell-swap pages.

“As the former elected president of Nunavut Tunngavik, I need no lectures from anyone about the importance of standing up and fighting for Inuit rights,” Towtongie said.

“However, I have also said very clearly that when it comes to harvesting Kivalliq caribou, the right to sell meat for profit becomes meaningless if there are no caribou left to hunt. We will have all the rights and no caribou.”

Savikataaq said he agrees with Towtongie that “it’s a useless right” if caribou herds dwindle to the point where there is no more meat to sell.

But right now, he said the GN’s hands are tied by the Nunavut land claims agreement

As for what should be done, Savikataaq said Nunavut Tunngavik Inc., regional Inuit associations, the Nunavut Wildlife Management Board and the GN need to sit down and work out a plan to deal with the issue.

“I’m sure that when the [land claim] agreement was negotiated they did not see some caribou herds collapsing, and buying caribou from one region to another to supplement the wants and needs of another region’s caribou desire,” he said.

As for the Nutrition North country food subsidy, a northern affairs official said during a briefing last December that Indigenous organizations will play a big role in managing the money.

To that end, the federal government and Inuit Tapiriit Kanatami will create an Inuit-Crown food security working group that will “work towards a sustainable food system in Inuit Nunangat,” the official said.