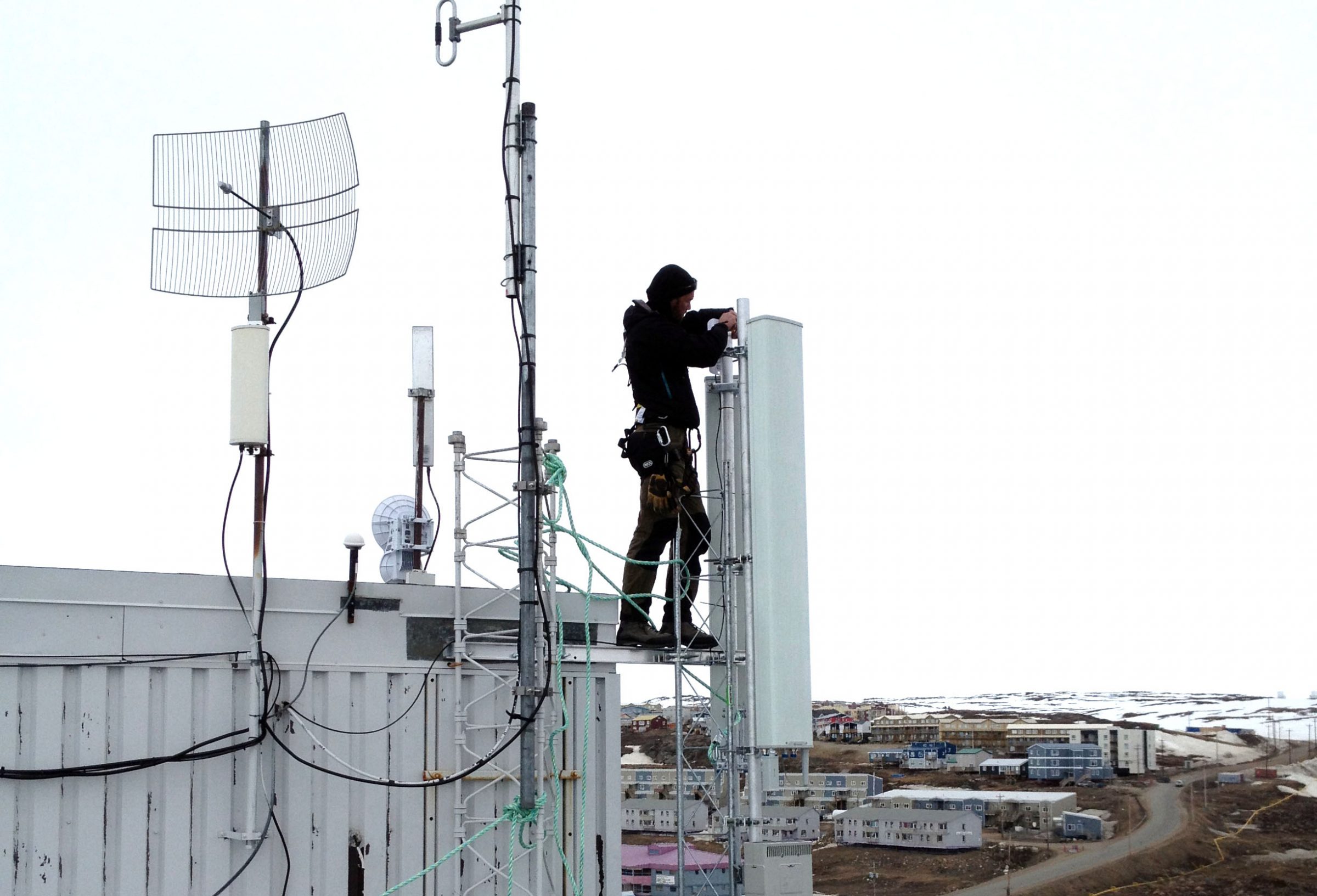 An Ice Wireless field technician installs wireless equipment at its facility in Iqaluit. The company just launched cellular service in Kuujjuaq, the second of Nunavik’s 14 communities to get its 3G LTE service. (Photo courtesy of Ice Wireless)

The Kativik Regional Government has issued a request for proposals for a firm to supply and install Nunavik’s new undersea fibre optic cable this summer along the region’s Hudson coast.

The RFP remains open until mid-June.

The selected firm would start work on extending fibre optic cable from Chisasibi in James Bay north to Kuujjuaraapik, Umiujaq, Inukjuak and Puvirnituq.

The KRG has said the network could be extended to Salluit, depending on the cost.

The new undersea network is one element in the KRG’s plans to bring high-speed internet to Nunavik by 2020, relying on a combination of technologies that include fibre optic cable, microwave towers and surplus satellite capacity.

Representatives from the KRG-run Tamaani Internet told regional council meetings in Kuujjuaraapik this week that once the undersea cable work is underway, the organization will look at its options for establishing a link between Kuujjuaq and Schefferville, which is now connected to fibre optic.

In April, technicians did a survey of that route by snowmobile, though the KRG has yet to decide between microwave or terrestrial fibre optic cable.

Nunavik’s remaining communities will get surplus satellite capacity until the region can extend fibre optic cable to all 14 villages.

The regional government says it hopes to connect the entire region to the network by 2025.

The current phase of the project is being done with a $125-million investment from both the provincial and federal governments, through the Connect to Innovate program.

As part of its gradual rollout of cellular services throughout Nunavik, Ice Wireless launched a 3G service in the region’s largest community, Kuujjuaq, earlier this month.

Ice Wireless, which already operates in Iqaluit, plans to offer cellular service throughout Nunavik, with national and international roaming, through its parent company, Iristel.

The mobile operator is offering prepaid plans to Nunavik customers starting at $9 a month and postpaid plans from $59 per month, including unlimited calls, texts and roaming throughout North America.

The service launched first in Quaqtaq this past March, before being offered in Kuujjuaq from May 6.

The KRG said there are still some technical issues to work out, but Nunavik’s remaining communities should have cellular services by the fall of 2019.