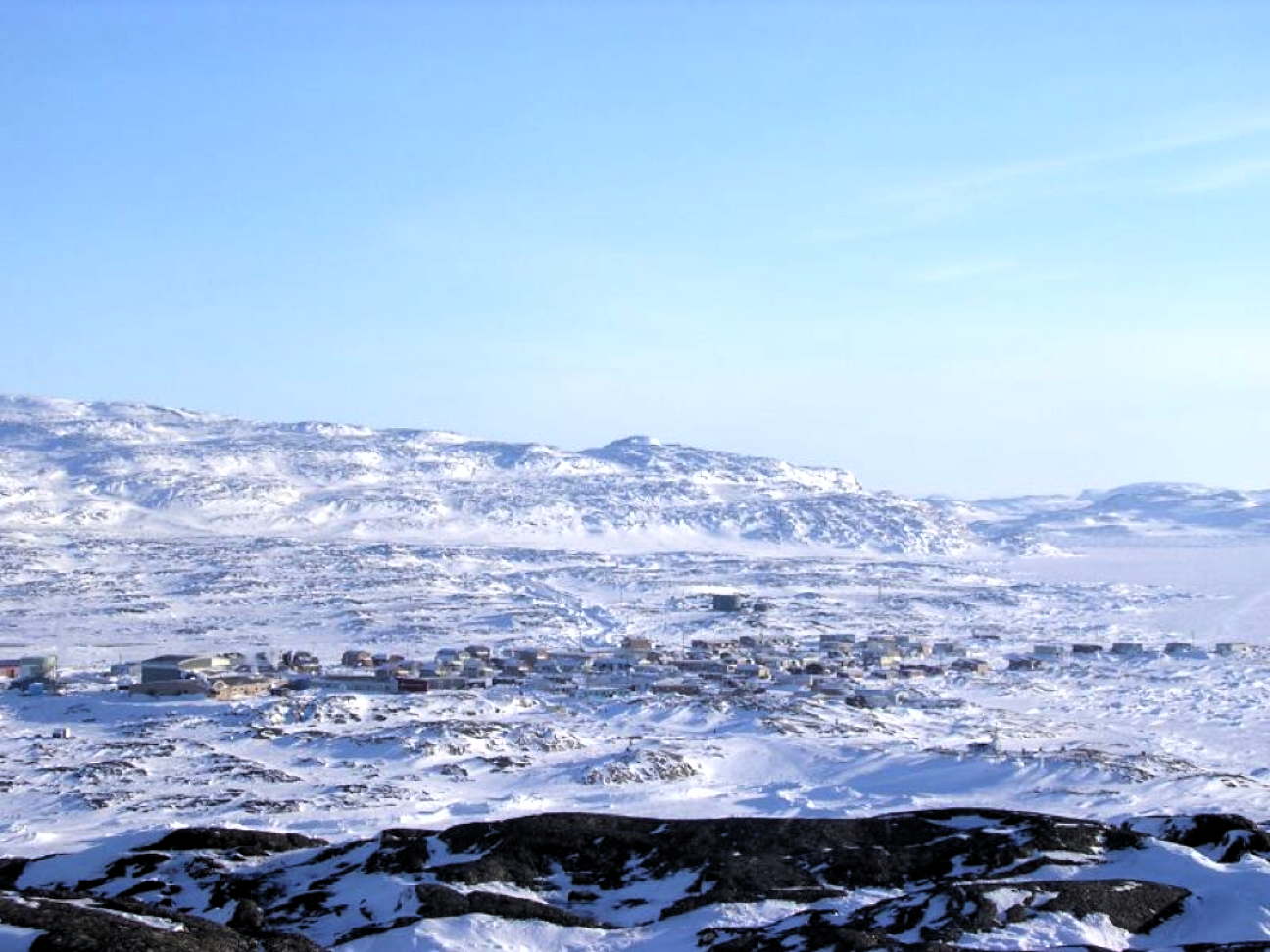 The Hamlet of Kugaaruk has passed a bylaw banning all non-business food and bake sales, as well as “house gambling” and all travel into the community. (Creative Commons photo)

Some Nunavut hamlets are redoubling their efforts to encourage social distancing in response to the COVID-19 pandemic. 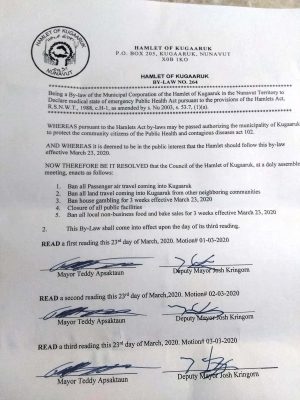 The hamlet council in Kugaaruk passed this bylaw on March 23. (Click to enlarge)

In Kugaaruk, activities such as “house gambling” and all non-business food and bake sales are banned for the next three weeks, following the passage of a new bylaw by the local hamlet council on Monday, March 23.

That bylaw also closes all public facilities in the community and bans all air passenger travel into Kugaaruk, plus all land travel from other communities.

Kugaaruk, a small community in eastern Kitikmeot with a population of about 950 people, passed the bylaw as part of a declaration of medical emergency under the Nunavut Hamlets Act.

And as of Tuesday, March 24, all hamlet facilities in Kinngait are closed until further notice, the hamlet’s mayor, Timoon Toonoo, said in a series of public notices sent to Nunatsiaq News.

And all hamlet permits, including business licences, leases, and permits for radio, are extended until further notice.

Another local institution, the Kenojuak Cultural Centre, is also closed until further notice.

On March 18, the hamlet had cancelled all recreation and recreation facilities until April 7, when the move would be re-assessed, and they also discourage all travel into the community.

“In a public advisory, the Hamlet of Kinngait (Cape Dorset) asks those planning to travel to the community to reconsider and delay travel to later dates,” the hamlet said.

As of Tuesday, March 24, no confirmed cases of COVID-19 had been reported in Nunavut.