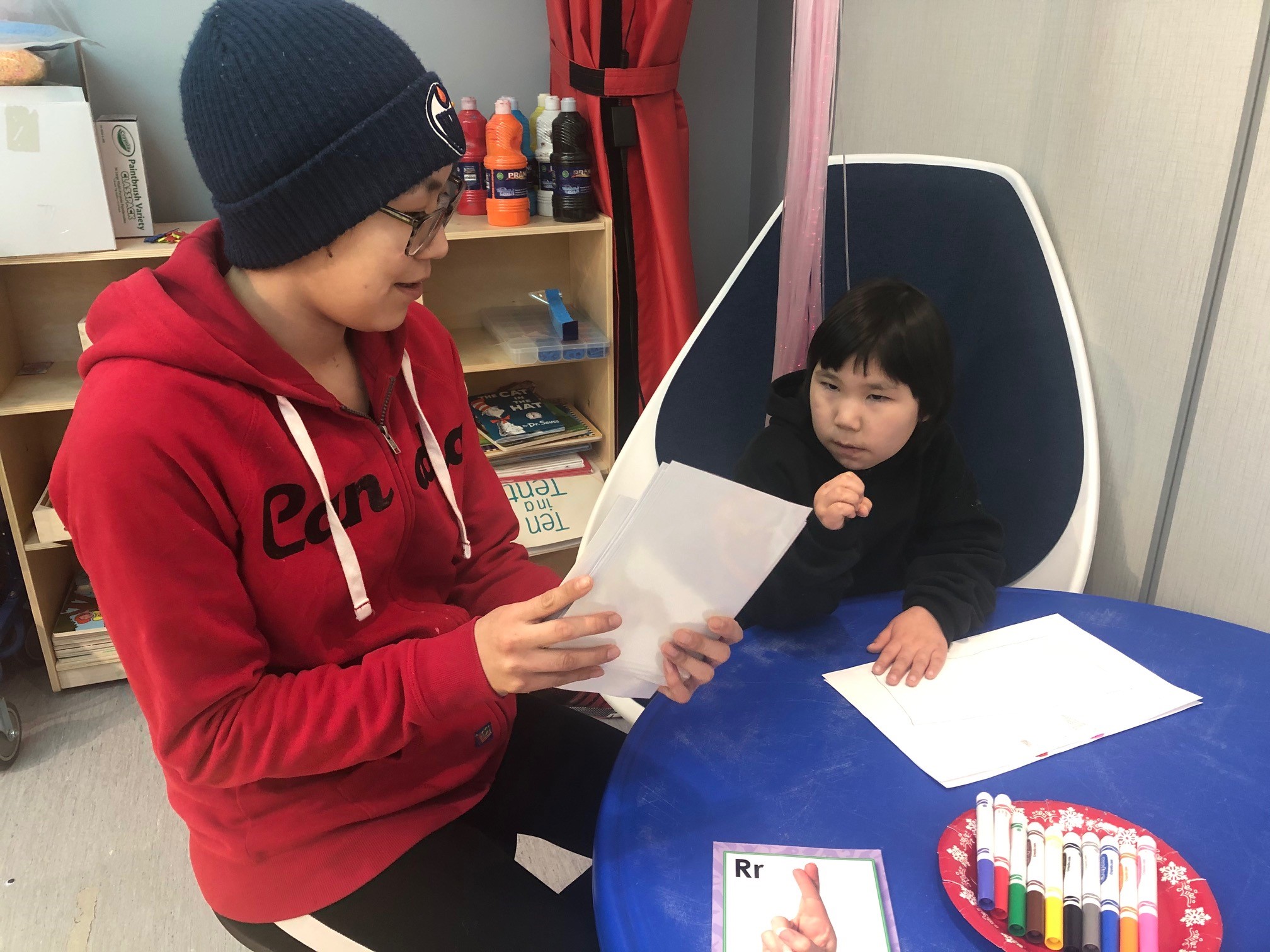 Every Tuesday morning since last fall, a class of second-graders in Kugaaruk have been taking lessons from a sign language tutor and learning to communicate with one of their classmates, Winnie Inutuinaq, who is deaf.

Teachers and support staff at Arviligruaq Ilinniarvik School are also taking American Sign Language lessons in the evenings twice a week, and Winnie gets one-on-one lessons herself.

For the last couple of years, she said Winnie has struggled to make friends at school and often felt lonely because her classmates couldn’t easily communicate with her or didn’t understand that she was deaf.

Now, Inutuinak said whenever they go somewhere in town, Winnie runs into friends from school and they start signing to each other.

She doesn’t always understand what the kids are saying to each other, she said, since she is just learning ASL herself, but she’s happy to watch them chat among themselves.

“They’re learning so fast … not like me. I’m pretty slow,” she said with a laugh.

This is the first time both Winnie and her mother are learning formal ASL.

Before, Winnie would use her own hand signals, and in school, they would often use pictures to communicate with Winnie, said Jason Hatt, the principal at the school.

He said the other 21 students in Winnie’s class were all for the idea of learning sign language.

“The kids bought in right away … they understood and they want to be able to communicate with Winnie.”

Hatt said he now sees kids signing to each other in the hallways. The sign to say thank you is one he sees them use often.

“Their minds want to soak that right in and it’s pretty neat to see how much they’ve learned in such a short period of time.”

Hatt said lately, the kids have been playing a game where the instructor signs a student’s name and the others read the signs and point to the student whose name was spelled out.

The students are still learning the basics, like how to sign letters and their names, but Hatt said the school plans to continue on with the ASL courses to keep building on the students’ progress.

He said he hopes Winnie feels welcome and can communicate with her classmates when she comes to school.

“Being deaf has certainly been a barrier for that … but as we start learning more signs, we certainly hope to keep building on that.”

He said since the classes have started, Winnie seems happier and has a better understanding of what’s being asked of her at school.

Next week, the Grade 3 class at the school, which opened in 2019, will also start learning ASL to accommodate a new student who is hard of hearing, Hatt said.

The classes are taught by instructors outside of the territory virtually, through Connected North, a video platform that connects learning resources, like the ASL course, to remote Indigenous communities.

The whole initiative was spearheaded by Roman Mahnic, a teacher at the school, Hatt said. The planning process began at the beginning of the school year and after reaching out the Government of Nunavut for support and consulting with local specialists, the school was set up to start with the lessons around October.