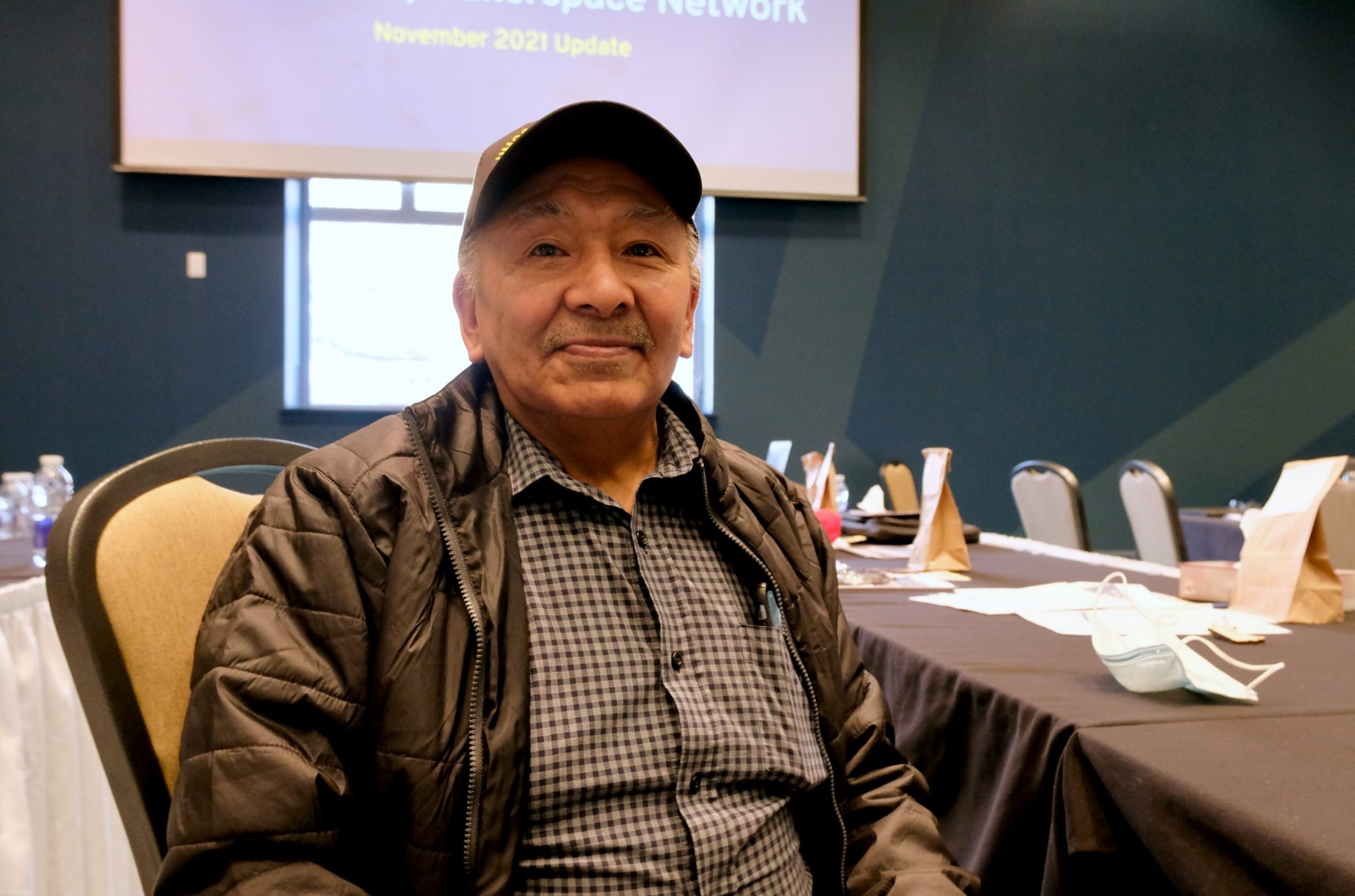 Kugluktuk’s mayor, Simon Kuliktana, says the hamlet has filed an application with the Government of Nunavut to hold another plebiscite on whether to introduce tighter alcohol restrictions. (Photo by Mélanie Ritchot)

Residents of Kugluktuk could see more alcohol-related restrictions in the new year if an upcoming plebiscite is successful.

Three years after the last vote resulted in restrictions being loosened, the hamlet has filed to have another plebiscite in hopes of getting some restrictions back.

Mayor Simon Kuliktana said easing the restrictions in 2018 has had a negative impact on residents.

“The community feels it and sees it every day,” Kuliktana said in an interview.

He said the local RCMP gets more night-time calls than ever, more intoxicated people are seen around town than before and there’s more bootlegging.

On top of this, Kuliktana said there aren’t enough mental health or addiction resources in town and the Government of Nunavut needs to start recognizing the needs.

“Alcohol is causing all these negative effects and we don’t have the support system for mental health to be able to cope with it.”

There are currently three systems for liquor restrictions in Nunavut: committee, prohibition and unrestricted.

Kugluktuk is currently unrestricted, meaning there are no limits on bringing liquor into the community except for the liquor laws that apply across Nunavut.

The hamlet used to be under the committee system — which it is looking to go back to — meaning elected members of an alcohol education committee would decide how much liquor could be brought in and have the power to approve or refuse community members’ requests.

Kuliktana said there were pros and cons to the committee system.

For example, some people who were approved to bring in alcohol did things which led to the RCMP having to deal with them.

He said an effective part of the system was being able to restrict certain people’s access to alcohol for a set period of time, then allowing them to order again later on.

Kuliktana said he also had different expectations for the alcohol education committee than what turned out in reality.

“I was hoping there would be more of an education component, but there was not,” he said.

He was not the only mayor to share this concern about the education committee system at the last day of the Nunavut Association of Municipalities’ annual general meeting on Wednesday. 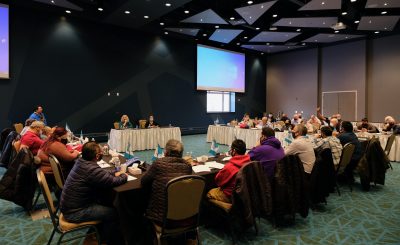 Mayors from 16 Nunavut communities gathered at the Aqsarniit hotel in Iqaluit for the Nunavut Association of Municipalities’ three-day annual general meeting Nov. 8-10. (Photo by Mélanie Ritchot)

During a question-and-answer period with the Department of Finance, multiple community leaders said the education component of the alcohol education committee was lacking, despite it being in the name.

She explained the liquor laws say the alcohol education committees must deal with applications to bring alcohol into the community and they may provide education, but it isn’t mandatory.

In practice, she agreed the committees aren’t effective at giving education on alcohol use since most members aren’t trained educators.

Falkiner said being on the committees is difficult for more personal reasons as well.

“They’re making decisions on whether or not their friends, family members and community members can or cannot access alcohol,” she said.

Another concern heard in the meeting was irregular flight patterns causing legal alcohol orders to stockpile at cargo stations before all coming in at once, essentially in illegal amounts.

Cambridge Bay Mayor Angulalik Pedersen asked whether it was possible to reduce the 14-day notice hamlets need to give residents before placing two-week bans on alcohol — which they’re allowed to do three times per year.

“The 14-day notice defeats the entire purpose of the ban because everyone stocks up and sells illegally during those two weeks,” Pedersen said.

Falkiner said she would consider the concern, but without the 14-day notice, there is the risk of alcohol being ordered, then being illegal by the time it arrives if a ban is quickly imposed.

Falkiner told the group she couldn’t commit to any changes since the GN is in caretaker mode until the next government is chosen and the department has a new minister.

For Kugluktuk, this means its application to hold a plebiscite will not be approved or denied until the end of November at the earliest.

Falkiner estimated the plebiscite could happen in January or February if approved.

For the restrictions to be changed, a 60 per cent vote is needed, according to Elections Nunavut.

In the last plebiscite in Kugluktuk, 60.1 per cent of voted for fewer restrictions.