Kuujjuaq’s day at the races 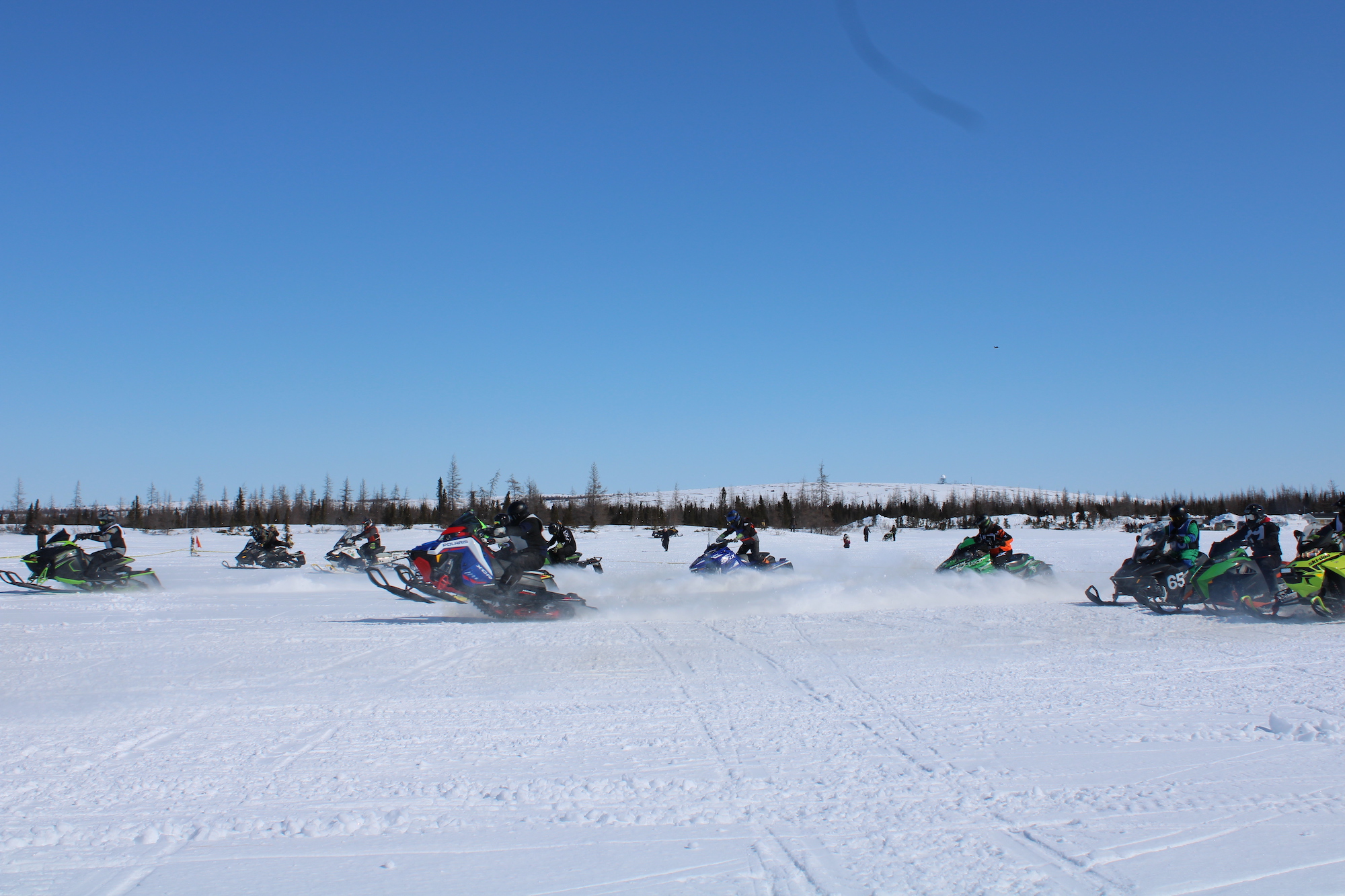 Drivers from the men’s race speed off the starting line at Kuujjuaq’s annual Easter Monday races. (Photo by David Lochead)

KUUJJUAQ — Hundreds of people gathered near a windy and frozen over Stewart Lake to watch 28 of Kuujjuaq’s best snowmobile racers speed through an 18-kilometre circuit this week.

They were there to watch the annual Easter weekend races in Kuujjuaq.

A shot at glory was not the only reward either, as three of the women and six of the men won cash prizes. Top prize in the women’s race was $7,500 and the winner of the men’s race received $15,000.

Racers first had to start approximately 20 feet from their snowmobiles. They sprinted to their machines to start them, then ripped off from the starting lane to race around Stewart Lake.

The women, who raced five laps, started off the day. After establishing the lead early, Jeannie May was the winner.

“It feels amazing,” said May of the win.

She said the key was to slow down and be mindful of the curves and bumps but then “gun it when you can gun it.”

Then came the men’s race. With 10 laps, each racer had his own re-fuelling station on the right side of the starting track. The racer’s crew would rapidly grab jerry cans to fuel the snowmobile before the racer jetted out onto the track once again.

Halfway through the race, David Gordon had established the lead and held onto it to emerge as the race’s champion.

While the participants mostly skewed toward the younger end of the age spectrum, Norman Cooper is still doing it at 56.

“It’s got good power but it’s a little bit slow,” he said of his snowmobile, which is a larger model than most racers have.

During the races nearly half the spectators gathered on a nearby hill or on the lake to either get close to the race or watch from a higher view. With most of the racers being from near the area, it was a good way to bring friends and family together, said Larry Watt, who was watching from the hill.

“It’s the highlight of Easter Monday,” he said.

Having a successful race meant all the preparation that Kuujjuaq Pinguatitsijingiit did in setting out the track in the cold was worth it, Berthe said.

But having a race has no longer been a guarantee, as the COVID-19 pandemic prevented the event happening two years ago. So ensuring the community can come together for another year’s Easter weekend was important, Berthe said.