“They come whenever they need to” 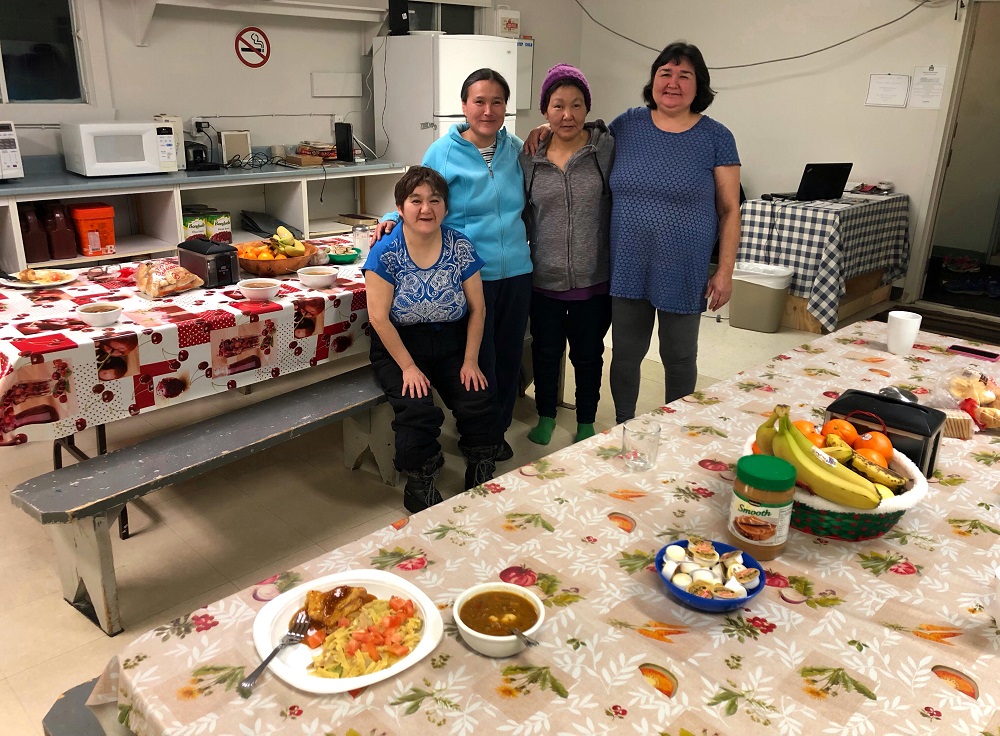 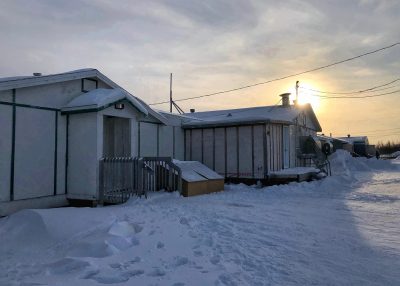 This building owned by the Northern Village of Kuujjuaq houses construction workers in the summer months, but is converted into a homeless shelter during the winter and early spring. (Photo by Isabelle Dubois)

After Nunavik’s construction season winds down each fall, the old, wood-panelled Kuujjuaq building that houses visiting construction workers closes up.

By December, as the chill of winter sets in, a new cohort moves in. Mary Imbeault and her staff clean and prepare the building’s 21 rooms for visitors.

The building re-opened in late 2018 as Kuujjuaq’s homeless shelter, a place for community members in need of a warm meal and a quiet place to sleep.

Some stay a few nights; others stay through the winter and spring, until the shelter closes in late May or early June.

Like anywhere in the North, homelessness is hard to see or quantify: they are couch surfers, divorced parents or youth who have been pushed out of overcrowded homes.

Camping or sleeping in a shed becomes less of an option as the temperatures dip to -40C, as they have in Kuujjuaq in recent weeks.

“Some people aren’t welcome at home and have nowhere to go; some have been sleeping at relatives’ places,” said the shelter’s coordinator, Mary Imbeault.

“They come whenever they need to.”

It’s the second year the shelter has set up in this building, which is owned by the Northern Village of Kuujjuaq and rented out to construction companies each year. Previously, the shelter had operated out of the former co-op hotel. 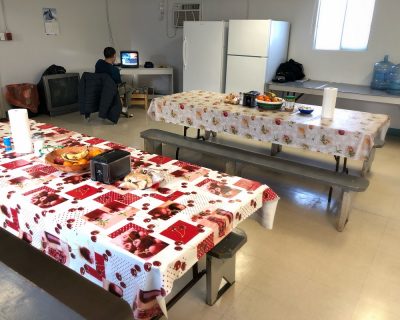 This winter, the shelter opened its doors on Dec. 19.

Clients must register and fill out a form when they arrive.

The shelter encourages clientele to be sober, but Imbeault said they won’t turn away anyone who is calm and courteous.

“When they’re out in the evening, sometimes they’ve been drinking,” she said. “We make them eat something and then go right to their room. We try to keep them in if they’re intoxicated.”

Kuujjuaq shelter staff are offering a new service in 2019, and not just to the homeless community.

Gaetan David has helped launched a soup kitchen at the shelter, which is open weekday evenings for anyone to come in and have a warm meal, free of charge.

Smells start to emerge from David’s kitchen mid-day on Tuesday. On the day’s menu: Chicken cordon bleu—chicken breast with ham and cheese, wrapped in bacon.

“We have so many people here who don’t eat three meals a day,” said David, a veteran cook who has lived in Kuujjuaq for 23 years.

“This is very important for us in Kuujjuaq.”

The kitchen is open for dinner Mondays through Friday from 5 to 7 p.m. 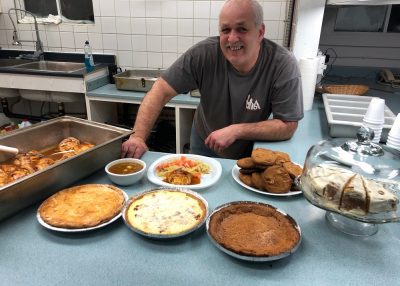 Gaetan David coordinates and cooks at Kuujjuaq’s new soup kitchen, which is open to the public weekday evenings. (Photo by Isabelle Dubois)

David stresses that the soup kitchen is not only for shelter clientele—everyone and anyone in Kuujjuaq who would enjoy a warm meal is welcome to come and eat.

David said he often gets calls during the day to find out what’s on the menu.

When it’s not cordon bleu, David likes to cook soups and pastas, and always has home-made pie for dessert.

“And everyone who comes, says ‘mamartuq,’” David laughs.

Both Imbeault and David would love to see the shelter become a permanent service offered year-round in Kuujjuaq. The challenge, like anywhere in the North, is securing a building.

Both the shelter and soup kitchen are funded in part by the Northern Village, as well as by the Kativik Regional Government, Nunavik’s health board and Ungaluk.