La Presse names Hannah Tooktoo a “personality” of the year 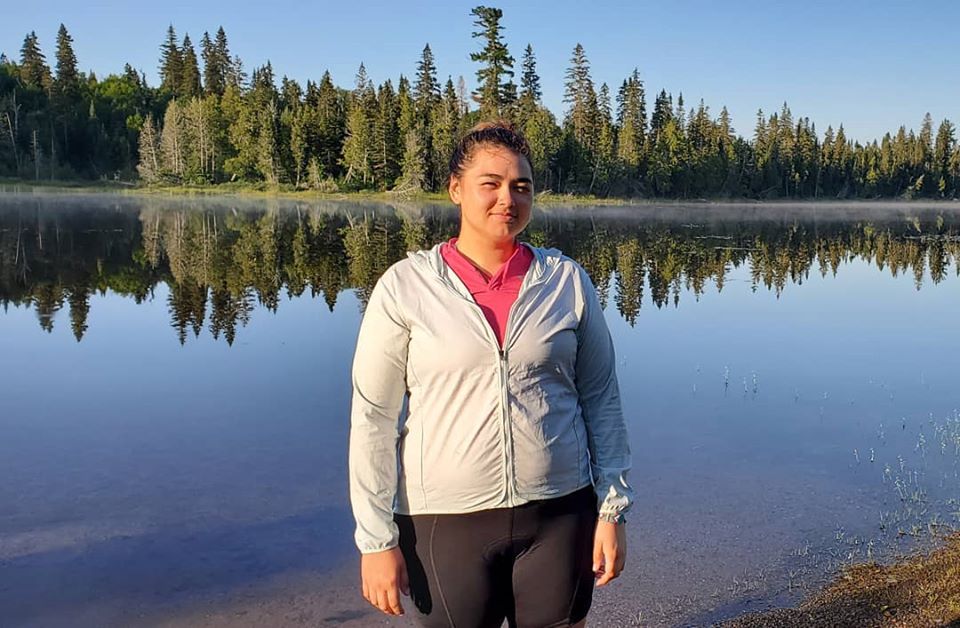 Hannah Tooktoo stopped outside Blind River, Ont. on her eight-week bike ride across Canada, raising awareness about the high suicide rate in the Canadian north. (Photo via Hannah’s Journey Across Canada on Facebook)

Montreal’s La Presse newspaper has named 24-year-old Hannah Tooktoo of Kuujjuaq as one of its personalities of the year.

In 2019, Tooktoo cycled across much of the country to raise awareness about the high suicide rate in Nunavik. She began her trip in Victoria in June, completing an eight-week journey back to Montreal, where she studies art at Dawson College.

Before leaving, she fundraised for the trip online and through the sale of her artwork. When Tooktoo spoke to Nunatsiaq News about her trip last June, she said she planned to donate the remaining money back to organizations working to reduce suicide in communities.

She later made good on that commitment, she told La Presse. Following her ride, Tooktoo visited Inukjuaq, where she spoke on the radio and to students about her journey, and donated $10,000 to the Unaaq Men’s Association.

She told La Presse she chose this organizations because of the way it works with men in the community, supporting them to get out on the land and become immersed in their traditions.

The French-language newspaper bestows its Personality of the Year title in different categories including sports, science and culture, with an overall person of the year named since 1946.

Tooktoo received the award in the category of “humanism.”