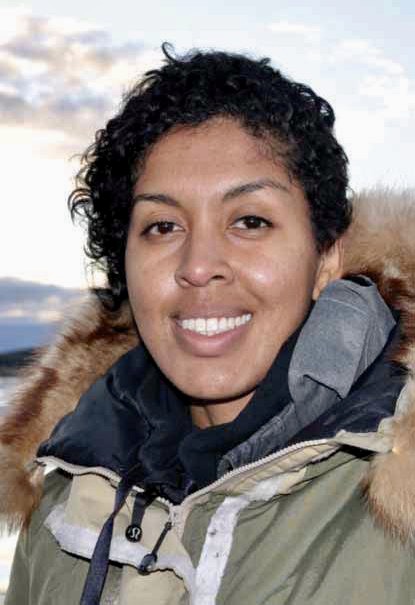 When Miali Coley-Sudlovenick teaches Inuktitut to her students online, she takes special care to work on the language’s unique pronunciations and sounds.

It’s particularly important, given that she’s teaching from a place whose name is often mispronounced.

“I don’t know how many people can properly say ‘Iqaluit’ and that’s the capital of a territory in Canada,” said Coley-Sudlovenick, a former teacher who currently runs Allurvik, an education and entertainment consulting business in the city.

She said many people mispronounce ‘Iqaluit’ with a “k” sound when the correct pronunciation is somewhat closer to a guttural “h” sound for English speakers.

“I’m just curious how many people have taken the time to really try to pronounce the sounds in ‘Iqaluit’ and why they’ve given up so quickly,” she said.

“When Inuit hear them making the attempt, it sounds respectful, it sounds like … that person made an effort.”

That desire to share the “beautiful” language she grew up speaking every day at home is one reason why Coley-Sudlovenick began teaching Inuktitut online in January.

“I see the need to do classes online for sure,” she said of the Zoom-school format.

“It definitely has the outreach potential, especially with people who might not have access to it in their communities.”

Coley-Sudlovenick seems to have ventured into online language teaching at the right time. January marked the start of UNESCO’s Decade of Indigenous Languages, a global effort to empower Indigenous language users and to promote education in their mother tongue.

So far, she has taught students from the continental United States, Alaska and across Canada. She said she has noticed a “huge interest” from students in southern Canada in particular, as well as residents of Nunavut who want to become more proficient in the language.

“A lot of the participants that I have are employees who work in different capacities here in Nunavut, so there are a lot of people who have an interest to have a better understanding of the language and be able to just connect more to the people,” she said.

She’s also seen interest from Inuit who want to become more proficient in the language.

“There are people, families who have children, who have been disconnected from the language and are looking to reconnect.”

She said one of her goals is eventually to offer her Inuktitut classes to Inuit learners for free and she sees teaching an Indigenous language as a “small step in the right direction” towards fostering cultural connections.

“And then I have many people who are just keenly interested in learning the language because it’s something that they find either interesting or maybe they have their own passion in learning languages and this is exciting for them,” she added.

Coley-Sudlovenick typically balances her lessons with grammar, vocabulary instruction and conversation practice, sometimes bringing in an Inuit elder at the end of drop-in classes so students have an opportunity to practice the material they just learned.

She said her students are already at various levels of Inuktitut when they join, so she tries to harness the online format to let students ask questions during class and engage in ways that suit their skill level.

“Every class, I try to make it a little bit different,” she said, adding that she hopes to start a new session of classes in mid-April.

She said her experience teaching online so far has been “wonderful” but acknowledges that learning a new language is a challenge.

“Learning a language can take many years and very consistent work and practice. The little that I can give online a lot of people do appreciate, but I also respect the fact that it requires a lot more than I could ever really give them,” she said.

“I just encourage more people to to continue to practice bit by bit. If you understand where the sounds originate in your mouth, and then you know how they go through your throat and the mechanics of the sounds that are so unique to Inuktitut, you would really start to appreciate the beauty [of the language].”