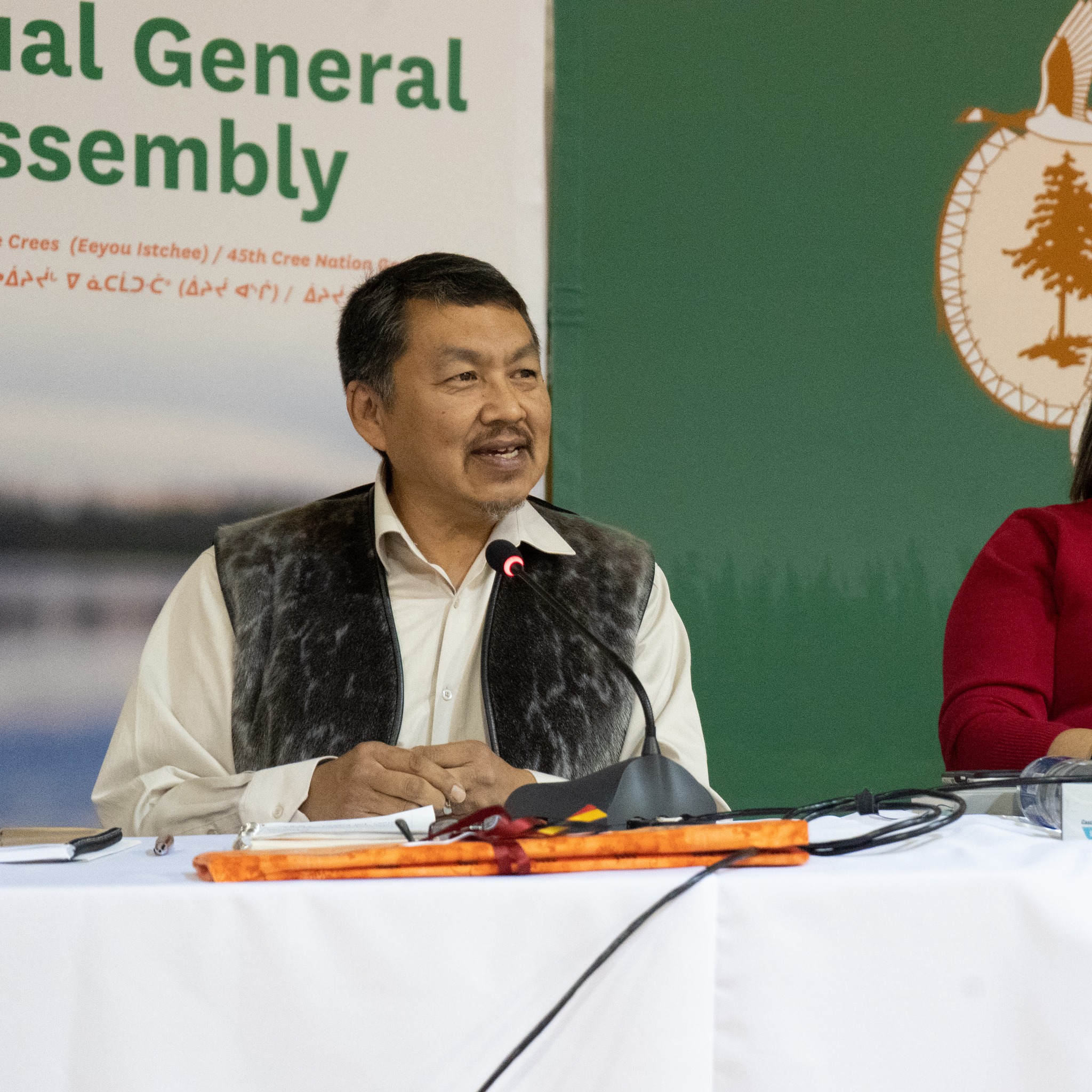 Liberal Tunu Napartuk vows to be voice for ‘forgotten people’

Tunu Napartuk wants to be a voice in Quebec City for the province’s Inuit and Cree communities.

“For far too long, we have been the forgotten people,” said Napartuk, the Liberal party candidate for Ungava riding in the Oct. 3 Quebec provincial election.

Napartuk, 50, spent most of his life in Nunavik. He was born in Salluit, but has also lived in Kuujjuaraapik, Puvirnituq and Montreal.

Kuujjuaq is where he resides now with his wife, Lynn Lemire. They have six children and a grandson.

Napartuk was twice elected mayor of Kuujjuaq, in 2012 and 2015. He did not seek re-election in 2018 and is now director of compassionate and complementary services at the Kativik Ilisarniliriniq school board in Nunavik.

Fluent in three languages — Inuktitut, English and French — Napartuk said his life in Nunavik gives him a perspective on issues in the North that other politicians lack.

“Our voice really needs to be heard at the government level, the representation that we’ve received in the past four years has been lacklustre,” he said.

“My goal is to be able to remind the government that there are people in the North, and they are living a reality that is even more complicated than what the general population of the province of Quebec is going through.”

If elected, Napartuk said his priorities include a commitment to address the high cost of living in the North, food security, elder care, and services and opportunities available for young people.

Napartuk is also taking on the issues of Quebec nationalism.

Specifically, he said he is opposed to Quebec separatism. He expressed opposition to Bill 96, a law recently passed by Quebec legislators to protect the French language.

The bill garnered criticism from groups who feel the law will make it harder for people in Nunavik to access health care and get into post-secondary schools.

“We currently have a government that has taken steps to protect their language and their identity, but at a cost of everyone else, whether you’re an anglophone or any group of natives,” Napartuk said.

“We really need to put in processes and structures where we are given the best opportunity to protect our culture, our way of life, and especially our own language, which has always been a challenge for as long as we can remember.”

In 2014, Jean Boucher became the first Quebec Liberal Party candidate to win in Ungava, ending more than 30 consecutive years of Parti Québécois dominance in the riding.

His time in office would be capped at four years, though, when Denis Lamothe of Coalition Avenir Québec won his party’s first race in the region.a

Napartuk said that while he is a Liberal, he’s running a campaign focused on the communities and the people in the North.

“The Liberals have always been an important part in my learning of what politics is,” he said.

“I’m going to take advantage of this opportunity to do the best I can as a Liberal candidate, but also as an Inuk candidate who will represent its people and the other groups within Ungava riding.”