‘Our audience wants to hear what is happening,’ says NITV’s Lucy Tulugarjuk 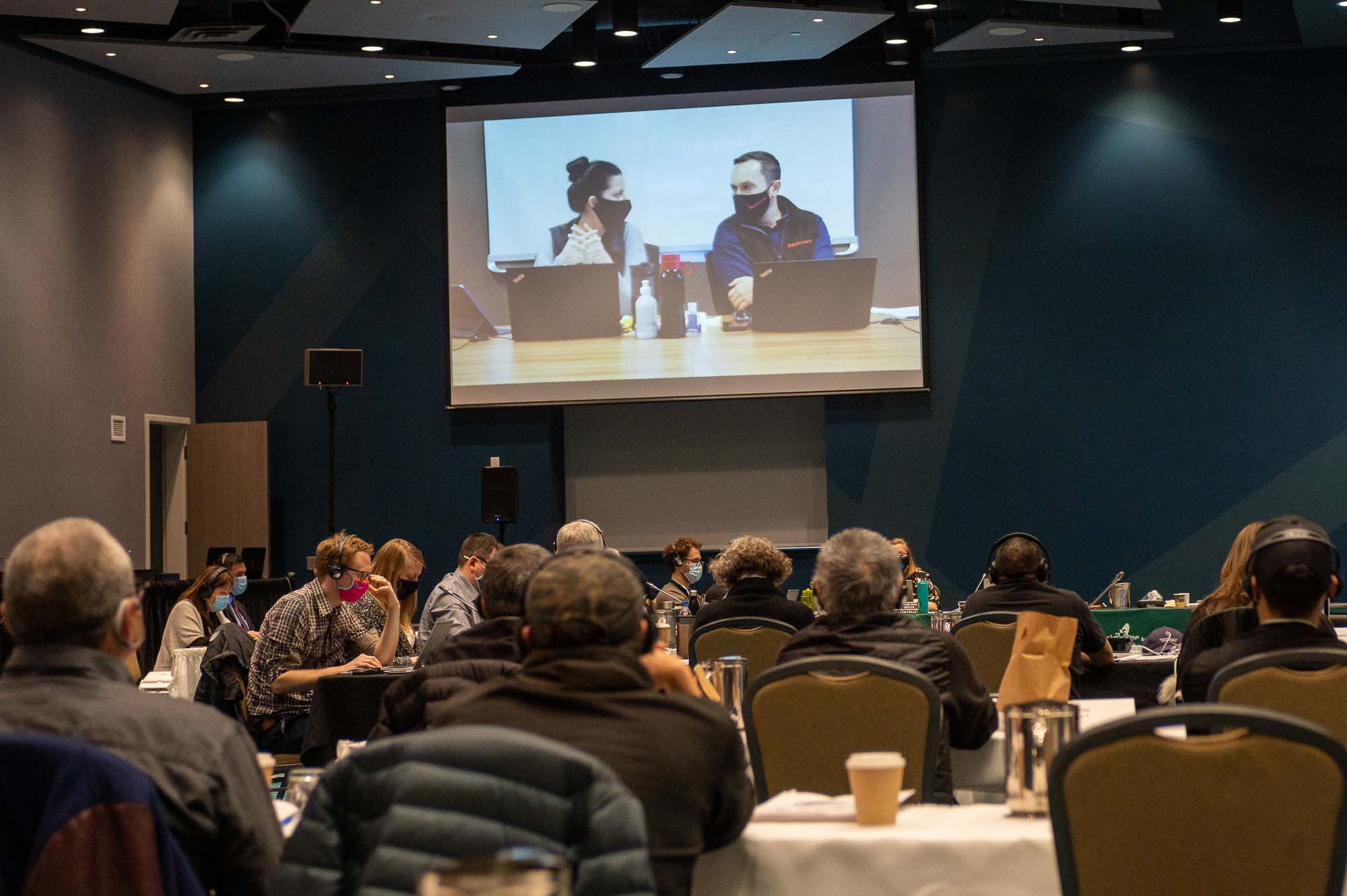 Live broadcasts in Inuktut of the Nunavut Impact Review Board hearing on the expansion of Baffinland Iron Mines Corp.’s Mary River mine have resumed.

That’s despite a disagreement between the review board and the Nunavut Independent Television Network about rebroadcast rights.

“Our audience wants to hear what is happening,” said NITV’s executive director, Lucy Tulugarjuk, in a Wednesday news release. “We will continue to stand up for Inuit rights to be informed.”

Uvagut TV, owned by the Igloolik-based NITV, broadcast previous NIRB hearings that took place in Iqaluit and Pond Inlet from Jan. 25 to Feb. 6.

NITV wanted to rebroadcast parts of these hearings, but the NIRB denied that request and another request by NITV for a pre-approval to rebroadcast the final round of hearings now underway in Iqaluit.

NITV said it continues to object to NIRB’s restriction on the right to rebroadcast, “which limits Inuit access to the hearings and urges NIRB to reconsider that position.”

The final round of NIRB hearings is scheduled to wrap up April 21.

Uvagut TV will broadcast the remainder of the hearings, Monday to Friday, from 9 a.m. to 9 p.m. EST, in Inuktut, with an English and Inuktut audio feed available online at uvagut.tv.

Tulugarjuk and human rights lawyer Isabelle Gilles will provide a summary of highlights three times a week, at 5:30 p.m. EST, on Monday, Wednesday and Friday.