The need for self-determination 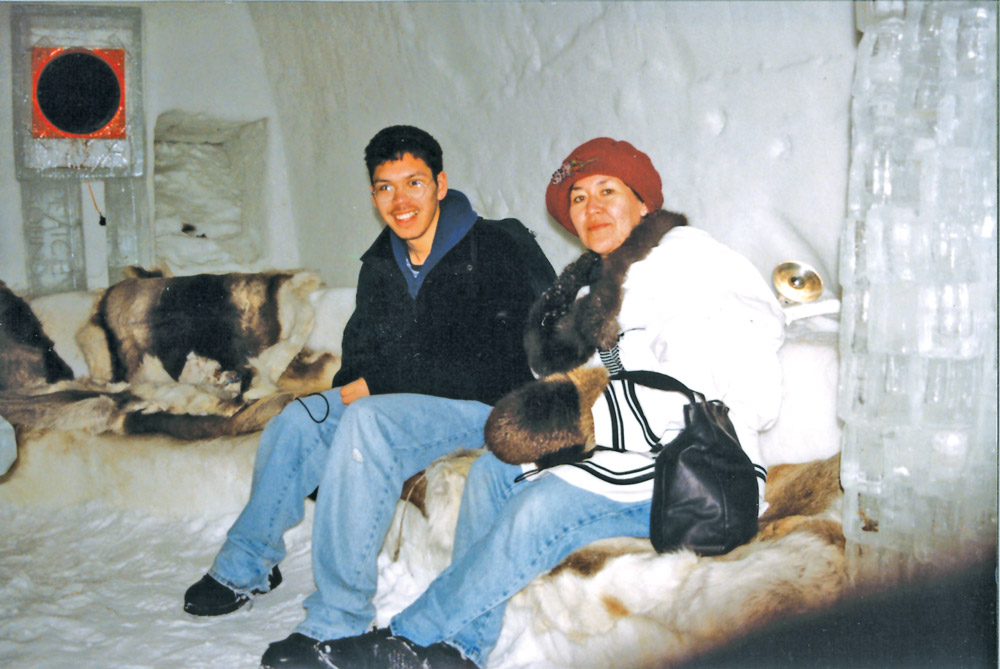 This photo was taken of Kevin Kablutsiak (left) and Veronica Tattuinee Connelly during their end-of-year trip in 1998 to Sweden when they visited Sámi. (Photo courtesy of Nunavut Sivuniksavut)

Nothing could make me take my eyes off the television—I was desperate to soak up every last bit of pride that radiated from the screen, and every last word spoken soaked into my 21-year-old soul.

It looked like the best of Nunavut had come together. The territory was being born in Iqaluit, and lavish ceremonies were underway in celebration.

From my mother’s home on a quiet street in Arviat where I bore witness to the monumental occasion, I remember thinking how hugely confusing the whole thing was to me.

I can’t remember exactly when I had first heard about Nunavut, but it was probably around the time of the referendum in 1992 that asked NWT residents to vote on the proposed boundary.

I would have been around 14 and I couldn’t wrap my head around how I would use the word Nunavut as a place name. In Inuktitut, it didn’t work like other place names, which typically describe a characteristic of a particular area or place. It sounded very awkward. Words like “Nunavummiut” still do not make grammatical sense to me in Inuktitut.

A few years later, my concerns became much greater than grammar. I was enrolled in the Nunavut Sivuniksavut training program and graduated the year before Nunavut was born. It was during my studies there that I learned Inuit were going to be left with ownership of only 17.7% of Nunavut territory—basically dots within the total 1,994,000-square-kilometre landmass.

I was immensely disillusioned. Why was it called Nunavut, our land, if we had signed away the vast majority of the rights? Why were we giving up so much of our land? Why did our Inuit leaders negotiate to “own” what we never gave up in the first place? 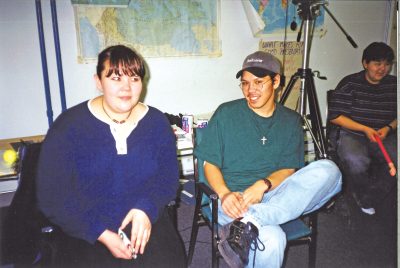 Was it because we were so powerless and dependent that we had no choice but to beg for what was already our own?

The more I learned about the Nunavut project, the more I questioned the power and validity of the land claims agreement, that it would actually benefit Inuit in ways that were initially envisioned.

When people talked about Nunavut, it was always about taking back control. Inuit felt that too much of our autonomy, independence and self-determination had been taken away, and it was time to reverse that destructive and oppressive trend. Nunavut was the shining beacon of hope and optimism Inuit were so desperately craving.

In my young and inexperienced mind, I didn’t understand many of the arguments that were being made for the creation of Nunavut.

From my view, our families and friends went hunting and camping whenever possible. Inuit were politicians on the hamlet council, in the territorial legislature and even in Ottawa.

If our parents or other family members were not teaching us how to make traditional tools or how to work with skins and to sew, we were learning them in school too.

My fellow Arviarmiut were graduating from high school and becoming nurses, teachers, police officers and some were successful entrepreneurs. Heck, Susan Aglukark was becoming a big star and we used to be neighbours!

I was a happy Inuk. What was all the fuss about?

It’s been 20 years since I sat with those questions. I now probably share the same frustrations as our early Inuit leaders.

The Government of Nunavut does not receive anywhere near the amount of money it needs to implement the true spirit of the land claims agreement that gave it life. Nunavut needs strong political will and adequate resources from the federal government if Inuit are to finally realize their 40-year dream to govern themselves. Simply creating a Nunavut Territory with a public government was never going to be enough.

The GN’s Public Service Annual Report for 2017–18 shows that the average annual salary of Nunavut Inuit was $21,767 lower than that of non-Inuit. Furthermore, the number of non-Inuit employees outnumbers Inuit in all salary ranges from $80,000–$90,000 upward.

It’s no secret that in our country, the higher the job is on the corporate ladder, the higher the salary. So, who is making the decisions that we were promised would be ours to make? This issue is at the very core of the creation of Nunavut. It was and will always be about Inuit and our desire to decide what is right for us.

As Inuit, we absolutely have to do our part to ensure that we can take on those responsibilities that would allow us to be the true decision makers. But we can only do so much to help ourselves without adequate support systems and resources.

We were forced to give up way too much when powerful outside forces saw the great potential of our land, water and resources. They were taken freely. And it was those same powerful outside forces to whom Nunavut Inuit had to prove that our land was indeed ours; that we have used and occupied this land for longer than any other group of people. We were forced to give up even more to get Nunavut.

We have Nunavut now—the promised land. But it will only ever be ours in name and title until Inuit are able to unequivocally and without interference from others hold the power to govern ourselves.

Some days, Nunavut may have seemed an insurmountable goal for Inuit during the days of negotiations with the federal government. But it happened and we celebrated. Our early Inuit leaders look to us now with hope that we will focus our youthful energy to attain self-determination for Inuit across our homelands.

Kevin Kablutsiak is from Arviat, Nunavut. He is a former reporter and host of Qulliq with CBC North in Iqaluit. He now lives in Ottawa and works for Inuit Tapiriit Kanatami.

All opinions expressed within are my own and do not represent the opinions of my employer, Inuit Tapiriit Kanatami.