‘Inuit of Nunavik have been permanently marked by the atrocities inflicted upon our families,’ says Pita Aatami 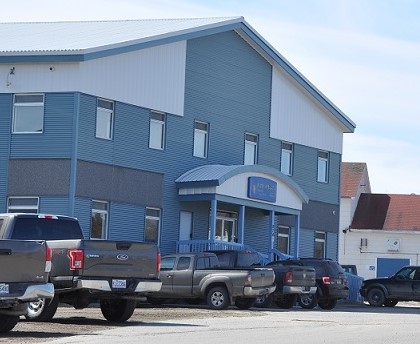 Nunavik’s Makivik Corp. has joined Indigenous leaders across the county by lowering flags to mark the discovery of a mass grave of Indigenous children discovered at a former residential school in British Columbia.

Starting Monday, the Nunavik Inuit birthright organization will fly flags at its Kuujjuaq office at half-mast, Makivik said in a Monday news release.

The move is to express sadness and solidarity with the Tk’emlúps te Secwépemc First Nation, following the discovery last week of 215 children buried on the grounds of the former Kamloops Residential School.

“Each one of those 215 children had a family who loved them,” said Makivik president Pita Aatami. “Each one of them had been ripped away from those families because they were Indigenous.”

Aatami called on governments and churches to initiate a search of all residential schools to recover other undiscovered graves and repatriate any remains to their home communities.

Many Nunavimmiut attended residential schools, Aatami noted. The lasting effects of that experience have created intergenerational trauma in many Nunavik families, he said, which has led to high rates of suicide, unemployment, school dropouts and violence in the region’s communities.

Between the 1950s and 1970s, the federal government operated four hostels in Nunavik, in Kuujjuaraapik, Kangiqsualujjuaq, Kangirsuk and Inukjuak. Many Nunavimmiut students were also sent to the Churchill Vocation Centre in Manitoba when it opened.

“Inuit of Nunavik have been permanently marked by the atrocities inflicted upon our families by the unholy residential school system and provincial foster care,” Aatami said.

“It is time that all Canadians faced these truths and join together to demand that the 94 Calls to Action contained in the Truth and Reconciliation Commission Report are implemented,” he said.

“We must acknowledge the truth of Canada’s past and create safeguards to ensure it can never happen again.”