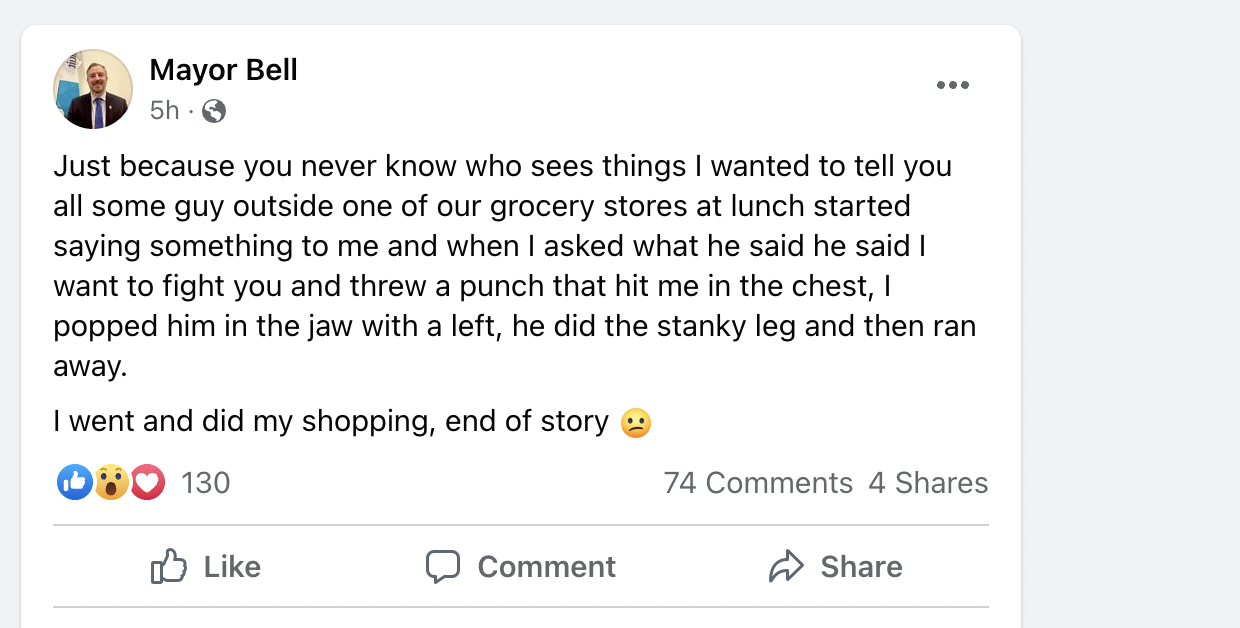 Iqaluit Mayor Kenny Bell recounts a violent incident he found himself in Friday outside one of the city’s grocery stores. (Photo courtesy of Mayor Bell/Facebook)

Iqaluit Mayor Kenny Bell took to his Facebook account Friday afternoon to recount a violent incident he says he found himself in while on his way to do some grocery shopping earlier that day.

In the post, he describes a man approaching him and saying, “I want to fight you.”

“[He] threw a punch that hit me in the chest,” Bell said in the post.

“I popped him in the jaw with a left, he did the stanky leg and then ran away. I went and did my shopping. End of story.”

He also did not immediately respond to a request for comment.

Iqaluit Mayor Kenny Bell did not immediately respond to a request for comment, although he did offer more details in the comments underneath his post.

The post, which appeared on Facebook around 1 p.m. ET, garnered dozens of comments from people expressing concern, discussing violent incidents in front of Iqaluit stores and making light of the situation.

Bell said the incident happened “super fast” and that he didn’t know who the attacker was.

In a post later in the evening, Bell said he had “recently” learned the man had just got out of Iqaluit’s Baffin Correctional Centre.

“Hope it doesn’t happen to anyone else and yes something has to be done about the people just hanging outside our stores causing these unprovoked and random attacks,” Bell stated in a comment underneath his post.

“Hopefully we can get them the help they need.”