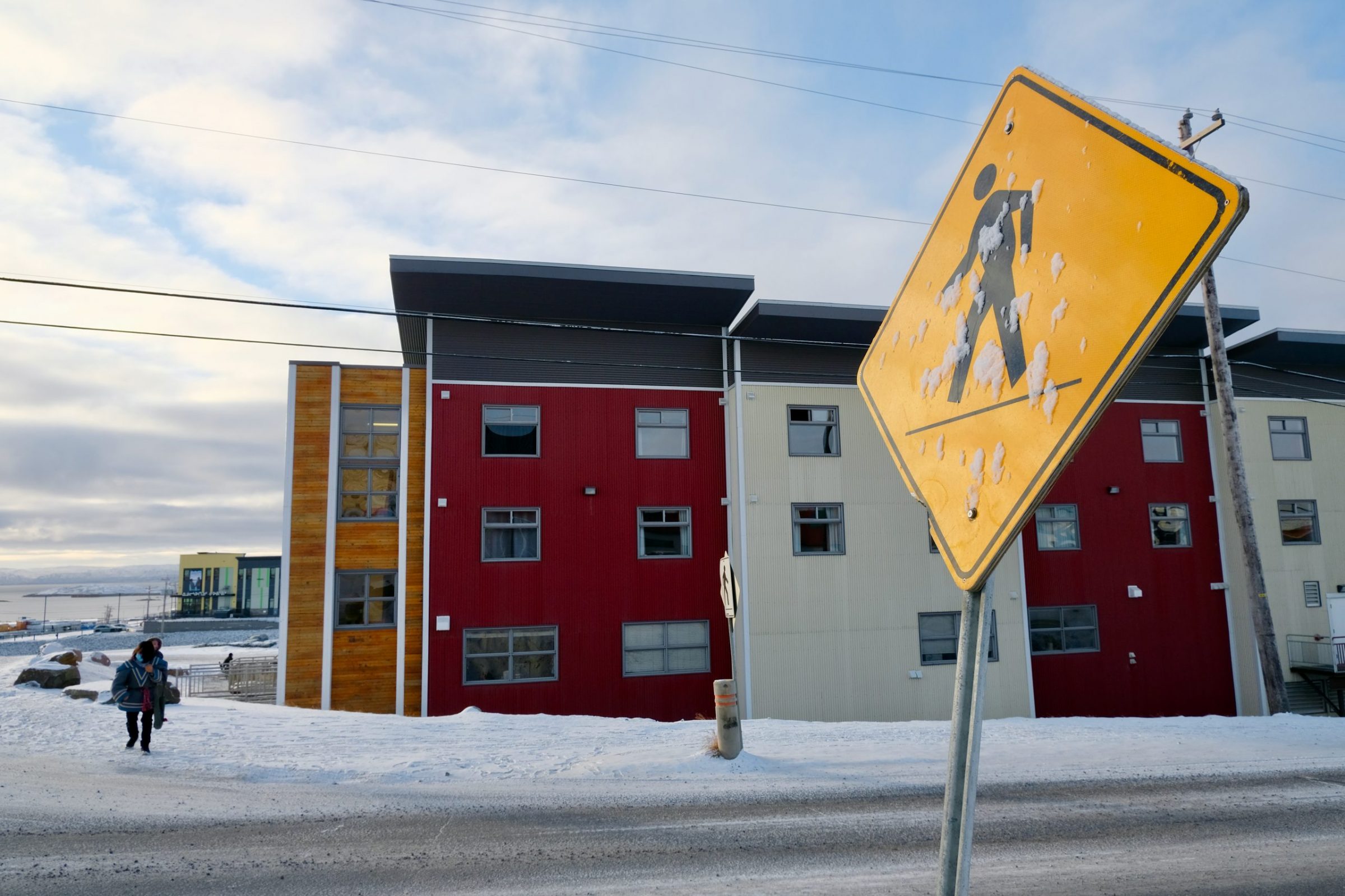 A 22-year-old man faces two driving charges after a woman was struck by a vehicle near Iqaluit’s Tammaativvik boarding home on Nov. 3. (Photo by Mélanie Ritchot)

RCMP in Iqaluit have charged a 22-year-old man with two impaired-driving charges after a woman was struck by a truck last week.

A female pedestrian was hit by a truck on Nov. 3 near the Tammaativvik boarding home. She was sent to Qikiqtani General Hospital with non-life-threatening injuries, the RCMP said in a news release issued Friday, more than a week after the incident.

On Nov. 4, Nunatsiaq News asked the RCMP for information about a pedestrian having been struck, but spokesperson Cpl. Pauline Melanson said she could not comment on the matter because facts were still being gathered. Nunatsiaq News emailed the RCMP on Nov. 8 asking for more information and did not get a response.