Pangnirtung MLA was elected by her colleagues today 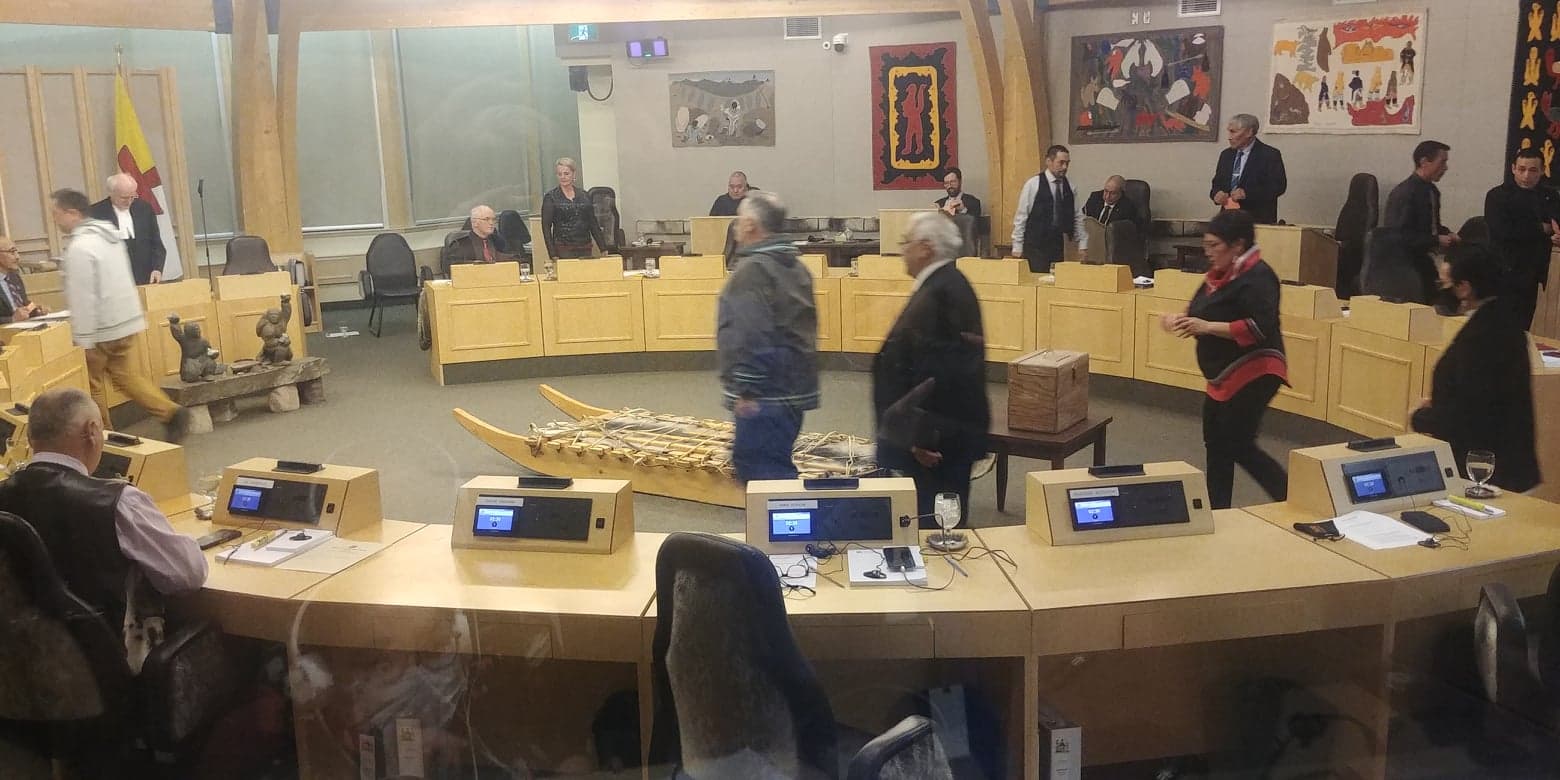 Nunavut MLAs vote for a new cabinet minister in the legislative assembly on Friday, Oct. 30. Margaret Nakashuk, who went on to win the vote, is seen here about to cast her vote. (Photo by Meagan Deuling)

Nunavut’s newest cabinet minister was voted in today during a leadership forum held at the legislative assembly.

Margaret Nakashuk, MLA for Pangnirtung, is overwhelmed and happy to have been voted into the position.

“I’m thankful for my colleagues for electing me to cabinet,” she said after the vote. “For trusting me to be minister. I’m very happy right now.”

John Main, MLA for Arviat North—Whale Cove, nominated Nakashuk. Adam Lightstone, MLA for Iqaluit–Manirajak, and Joelie Kaernerk, MLA for Amittuq, were also nominated. The breakdown of votes is not known, as votes are cast by secret ballot.

The forum had to convene after Patterk Netser, MLA for Aivilik, was stripped of his portfolios and removed from cabinet last week after a controversial post on social media about the Black Lives Matter movement and abortion.

They will continue to manage those portfolios during this sitting, Savikataaq said after the vote.

“It would not be fair to give her the portfolios and make her answer questions,” Savikataaq said.

She will join the ministers on the other side of the house and participate in cabinet meetings, however, Savikataaq said. 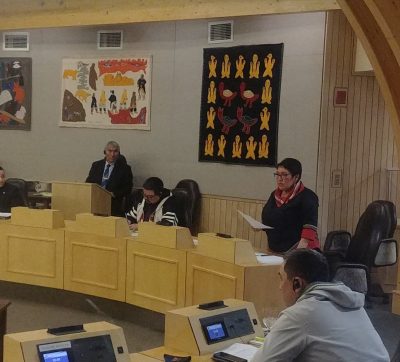 Margaret Nakashuk, MLA for Pangnirtung and Nunavut’s newest cabinet minister, gives a speech in the legislative assembly on Friday after her nomination. (Photo by Meagan Deuling)

After this sitting, which ends on Nov. 5, Savikataaq said that portfolios will be reassigned. Nakashuk will not necessarily get the same files that Netser had, he said.

Nakashuk was elected as an MLA in the 2017 territorial election. Before the election she worked for the Government of Nunavut’s Department of Family Services.

Nakashuk said she put her name forward to be nominated because she thought it would be a good opportunity to showcase her strengths.

This is the fifth legislative assembly of Nunavut. Next year a territorial election will take place to determine who will be part of the sixth assembly.

This assembly has “had its fair share of losing members,” Nakashuk said.

“The time is short, one year, but I hope to be able to implant something for long-term work.”

Aggu MLA Paul Quassa, now the Speaker, was removed as premier by a non-confidence vote in the spring of 2018.

Joe Savikataaq replaced him as premier.

Pat Angnakak, MLA for Iqaluit-Niaqunnguu, was stripped of her portfolios in 2018, and resigned from cabinet.

More recently, Simeon Mikkungwak, the previous MLA for Baker Lake and Speaker of the house, resigned in February from the position. He was replaced as MLA by Craig Simailak this summer, and Paul Quassa took his place as Speaker.

Similarly, Mila Kamingoak stepped down in the spring from her position as MLA of Kugluktuk, and was replaced by Calvin Pedersen in the summer.

Nakashuk will be sworn in as a cabinet minister next week after a motion is passed in the house on Monday.