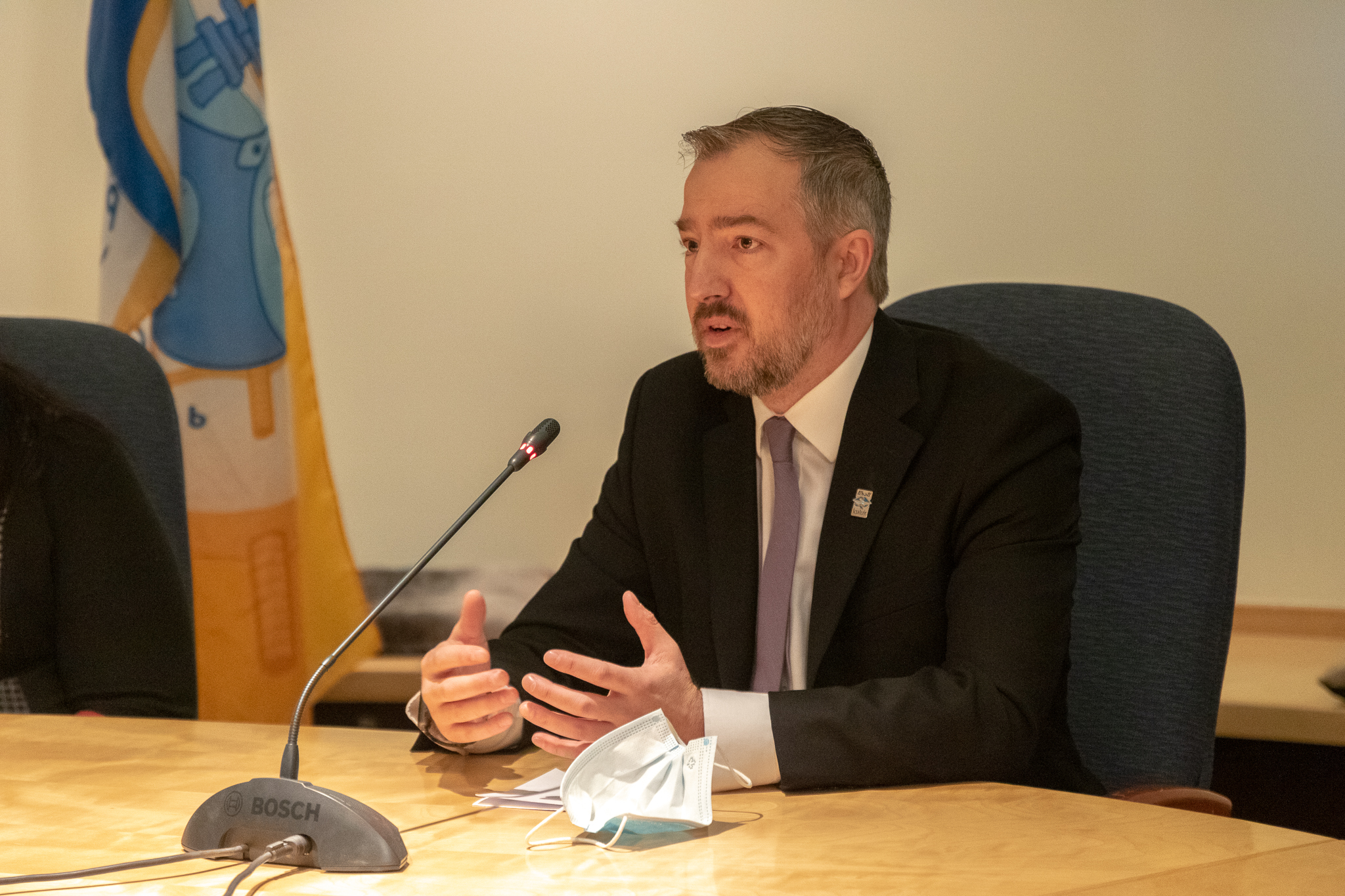 Iqaluit Mayor Kenny Bell, seen in this file photo from April 13, says he regrets the Friday, April 22 incident in which he “popped” a man in the jaw after he allegedly tried to pick a fight with him at a grocery store. (File photo by Jeff Pelletier)

A week after Mayor Kenny Bell punched a man who tried to pick a fight with him at a grocery store, the mayor said he regrets the situation, has learned that other Iqalummiut have faced similar encounters and vowed to “create safer spaces” to avoid similar incidents.

“I reacted to the threat of danger, when an unknown man verbally and physically accosted me, in an enclosed space, at a local grocery store,” Bell said in a written statement issued by city hall Friday afternoon.

Last Friday, April 22, he recounted the incident on his Facebook page.

Bell said on his way into a grocery store, a man approached him and told him he wanted to fight the mayor.

He said the man, who he later said on Facebook had recently been released from jail, threw a punch that hit Bell in the chest.

“I popped him in the jaw with a left, he did the stanky leg and then ran away. I went and did my shopping, end of story,” Bell posted on Facebook afterward.

He said he posted the message because “you never know who sees things.”

On Monday, RCMP spokesperson Sgt. Pauline Melanson told Nunatsiaq News no one had filed a complaint with the police over the incident, and they did not have an investigation into the matter.

In the city’s statement Friday, deputy Mayor Solomon Awa said Bell did not breach council’s code of conduct in what he described as a “scuffle.”

“The Iqaluit city council does not condone violence of any form,” Awa said, noting the mayor and council members are looked to “as leaders of the community.”

“We all have the right to feel safe within our community,” Awa said.

It added that people who see an assault taking place should contact the authorities and listed the RCMP’s direct line at 867-979-1111.