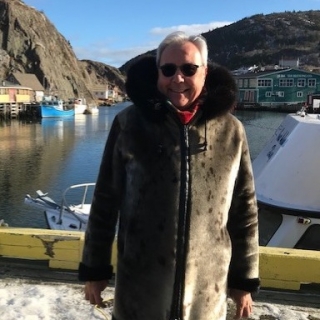 Inuit have long felt underserved and detached from Canada’s health-care system, but a new Inuk professor at McGill University hopes to change that.

The Montreal university’s Department of Family Medicine is building an Inuit-focused health module into its curriculum.

The module is being developed by Richard Budgell, McGill’s new associate professor of Inuit and northern health promotion.

The goal is two-fold, Budgell said: it’s creating an awareness around Inuit culture but also building up a future Inuit health-care workforce.

“We know that the overwhelming majority of health professionals in Nunavik and Inuit Nunangat are non-Inuit,” Budgell said.

“For our students who are in family medicine—researchers and practitioners—I want to provide those people with … a basic understanding of who Inuit are and how they might define health themselves. What does health and well-being mean? How did Inuit define health before contact with qallunaat?

“I am also very motivated to try and figure out how we can improve the number of Inuit health professionals,” he said. “I think that’s part of the solution.”

Budgell, whose family is from Nunatsiavut, has spent a large part of his career working at Health Canada, helping to develop an early childhood development program called Aboriginal Head Start, and then later working with Health Canada’s Inuit health branch.

From his time touring and consulting with those communities, Budgell said he sees McGill’s ongoing connection to the provision of health care in Nunavik and expects to see the region play a role in the university’s new module.

But Budgell notes there are currently no Inuit enrolled in family medicine at McGill, a strong reminder that “we aren’t doing enough.”

“I want to know what Inuit organizations and health institutions feel that they need,” Budgell said.

“In a broad way, the danger is often treating patients as if they’re not full participants in their own health, in promoting and improving their own health. That can be exacerbated by a language barrier. It impairs their ability to be participants.”

Budgell said that McGill’s Department of Family Medicine should be ready to launch the new courses in September 2021.