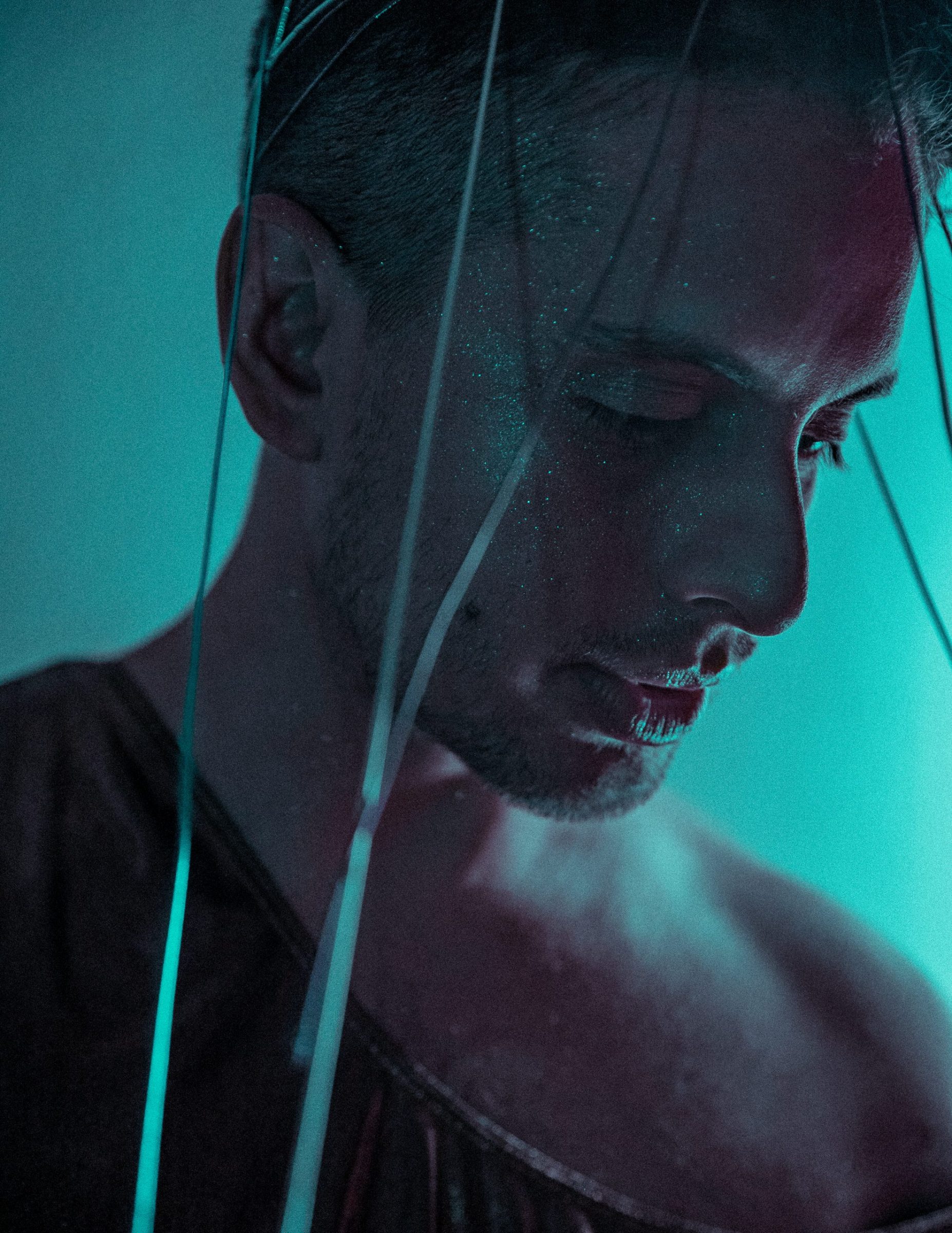 Driftnote is the 3D animator behind the visuals in Tanya Tagaq’s most recent music video. (Photo by Francesca Chudnoff)

Omar Rivero, who produces art under the name Driftnote, is behind the symbolic visuals, like a tongue embedded in the tundra, which represents Inuit languages.

Rivero, who now resides in Toronto, is Afro-Indigenous and grew up in Venezuela.

The artist — who uses the pronoun “they” — learned 3D animation about six years ago to add visuals to their own music and for live events, but the COVID-19 pandemic has driven Rivero towards more music video work, like Tagaq’s.

Despite being from opposite ends of North and South America, Rivero said they and Tagaq’s ancestors have lived similar experiences of colonialism, resulting in a shared understanding between the two artists.

“For folks who are also trying to do work related to their culture, I think it would be great to acknowledge we’re not alone,” Rivero said.

“Your family extends beyond North America and a lot of us are here to preserve what our ancestors have fought so hard for.”

Rivero spoke with Nunatsiaq News about the two-month process of making the video and how satellite data of Nunavut’s geography was used to create the landscape.

The lower face and tongue in the music video is based on Tanya Tagaq’s face. (Screenshot courtesy of YouTube/Tanya Tagaq)

Nunatsiaq News: What was the process of creating the video?

Rivero: Tanya’s team had a rough idea of what they wanted the storyline of the video to be and they knew they wanted to have the tongue coming out of the mouth in the ground. It was a lot of planning before I started the actual [animation] work. In this case, we had a lot of reference photos for the landscape, so we talked about what the ground should look like, what season it should be, and on my own time, I researched things like the foliage and plants in the region to get a sense of what the landscape looks like. I received some photos directly from Tanya she took on her phone [in Cambridge Bay], like things she’d find on the ground like bones and lichen and moss. Then, I began to construct the surface of the land. My idea for that was to use satellite data, very similar to what you see on Google Maps, but this data gives me height information — like a 3D scan of the ground. I decided to take data from where Tanya currently resided, in Cambridge Bay. The 3D model of the mouth comes from an avatar that Tanya had already. Someone had made an avatar [based on Tanya] and I took the chin area and decorated it with rocks and put it in the ground.

NN: Can you walk me through some of the symbolism in the video and the meaning behind some of those powerful visuals?

Rivero: We knew we wanted to play with the literal tongue representing the language, which allowed us to show the tongue having a conflict with a Catholic cross. I wanted to have these very contrasting materials, where the tongue is a very fleshy softer material that has to come in contact with this very sharp, hard-edged metallic material. You see [this] later on in the video when the tongue encounters the cross and the tongue splits. But, it’s an unsuccessful attack on the part of the Catholic Church. The tongue comes back together to restore and regenerate itself.

The tongue in the music video symbolizes language, and the cross severing it represents the church’s role in suppressing the use of the Inuit language. (Screenshot courtesy of YouTube/Tanya Tagaq)

NN: What was it like to be part of such a powerful project that was released right around the first day for truth and reconciliation?

Rivero: Being Indigenous myself, when Tanya’s talking about preserving your culture and your native tongue [in the song], that relates to me personally, as I have fragments of my own native tongue. It felt like such a significant collaboration. We have both experienced colonization from two different places in the Americas. We have a kind of kinship and understanding of the struggle our ancestors had to overcome. I feel like our collaboration is sort of a testament to how we have been able to survive the atrocities and have a dedication to preserve our cultures and our connection to the land.