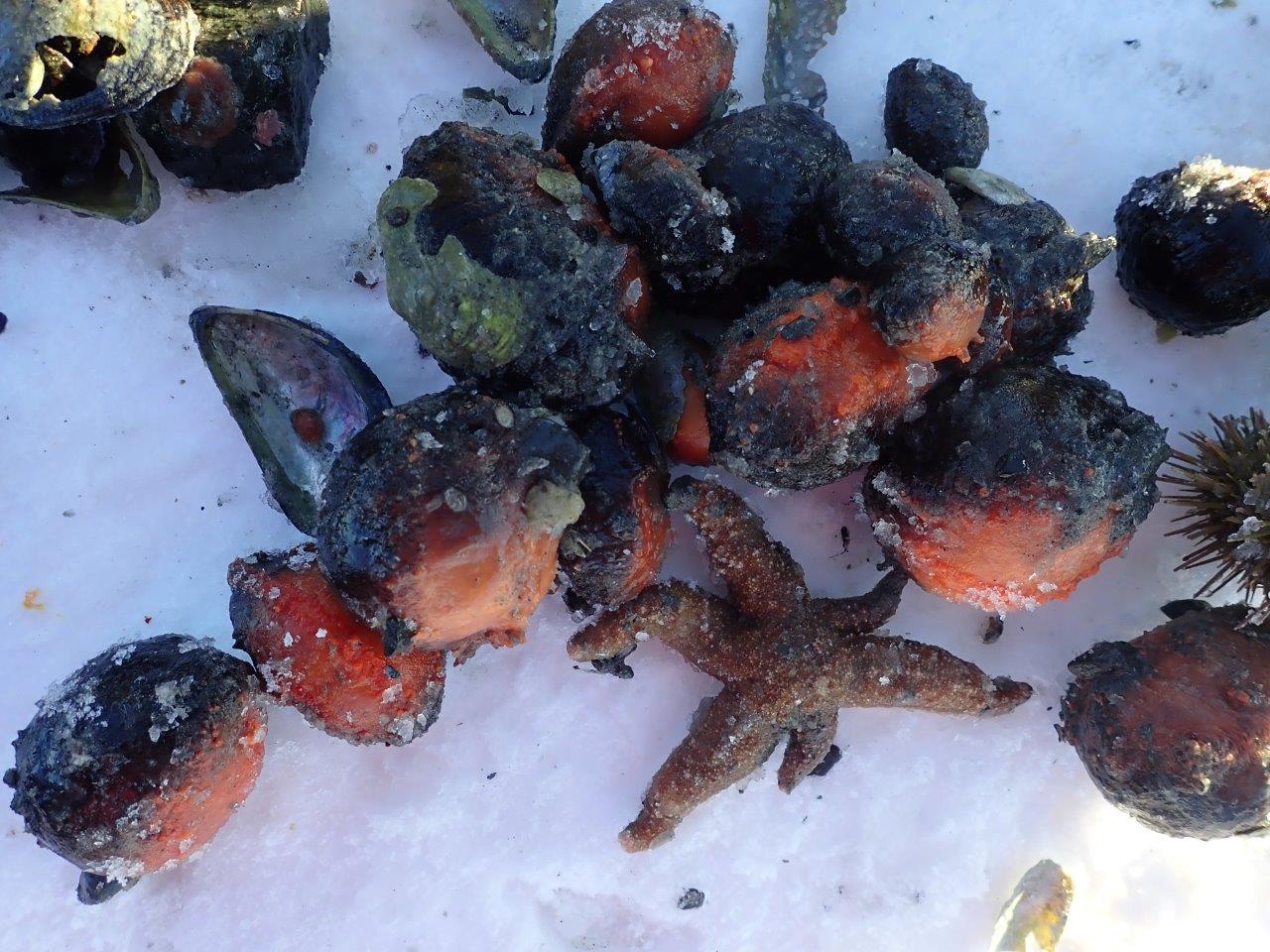 These sea cucumbers were harvested near Sanikiluaq last year. (Photo courtesy of J.F. Hamel and A. Mercier)

Beneath Nunavut’s waters, along its long coastline, lives a creature that may hold the secrets to immortality—the sea cucumber.

“We have no evidence of sea cucumbers dying of old age, they could live as old as humans or older,” Jean-Francois Hamel told Nunatsiaq News in Iqaluit on Oct. 24.

Hamel is a Newfoundland-based research scientist with the Society for the Exploration and Valuing of the Environment who specializes in sea cucumbers and related animals.

“They have an amazing ability to regenerate themselves, which scientists are working hard to study.”

Hamel recently visited Nunavut for the second time, giving a presentation at the Nunavut Research Institute in Iqaluit on Oct. 24.

He first visited the territory last spring when he was invited by the hunters and trappers association of Sanikiluaq to help undertake a study of local sea cucumbers. The purpose of the study is to come up with a management plan that would allow Sanikiluaq to responsibly harvest the sea cucumber for both local consumption and possible export.

There is a growing international demand for sea cucumbers, especially from China, Hamel said. Almost every part of the cucumber is eaten, from its intestine to its gonads. But it has also earned the nickname of “the ginseng of the sea,” because of its many purported health benefits, Hamel said.

The Atlantic sea cucumber, which is closely related to sea urchins and starfish, grows to about 25 centimetres, Hamel said. In tropical waters, some cucumbers can reach that size in just one year. But in the Arctic, where waters are much colder, it can take up to 15 years.

“We have to be very careful to not collect too many, because it grows so slowly. So we need to plan harvests with very good management structures,” Hamel said.

First, they grow in cold, clean water. And, second, their bright orange colour is unique. That’s likely due to unique chemicals the cucumber absorbs from its food in Arctic waters, although that’s still being studied, Hamel said.

Studying the sea cucumber, which seals and walruses also eat, would allow Nunavut to prepare itself for warming Arctic waters due to climate change, Hamel said. As waters warm, other species may migrate north, he added.

But whatever research is done needs to be done in collaboration with and for the benefit of Nunavummiut, Hamel said.

During his trip to Sanikiluaq last spring, Hamel said he fell in love with the island and its people.

“Everyone was so friendly, it’s really an extraordinary place,” he said.

And everyone seemed to love sea cucumbers and have their own stories about the creatures, Hamel added.

Locals eat them raw, straight out of the waters—something Hamel said he hasn’t seen during his 30 years of studying the cucumber around the world. In China, they are usually dehydrated and then rehydrated and elaborately prepared.

“And it’s not just elders who eat them in Sanikiluaq, but teenagers too.”

“People of all ages preferred the sea cucumbers and urchins to the candy.”

Hamel said the research will continue for a few more years before the results are published. Before then, he hopes to recruit an Inuk marine biology student to help with the research.