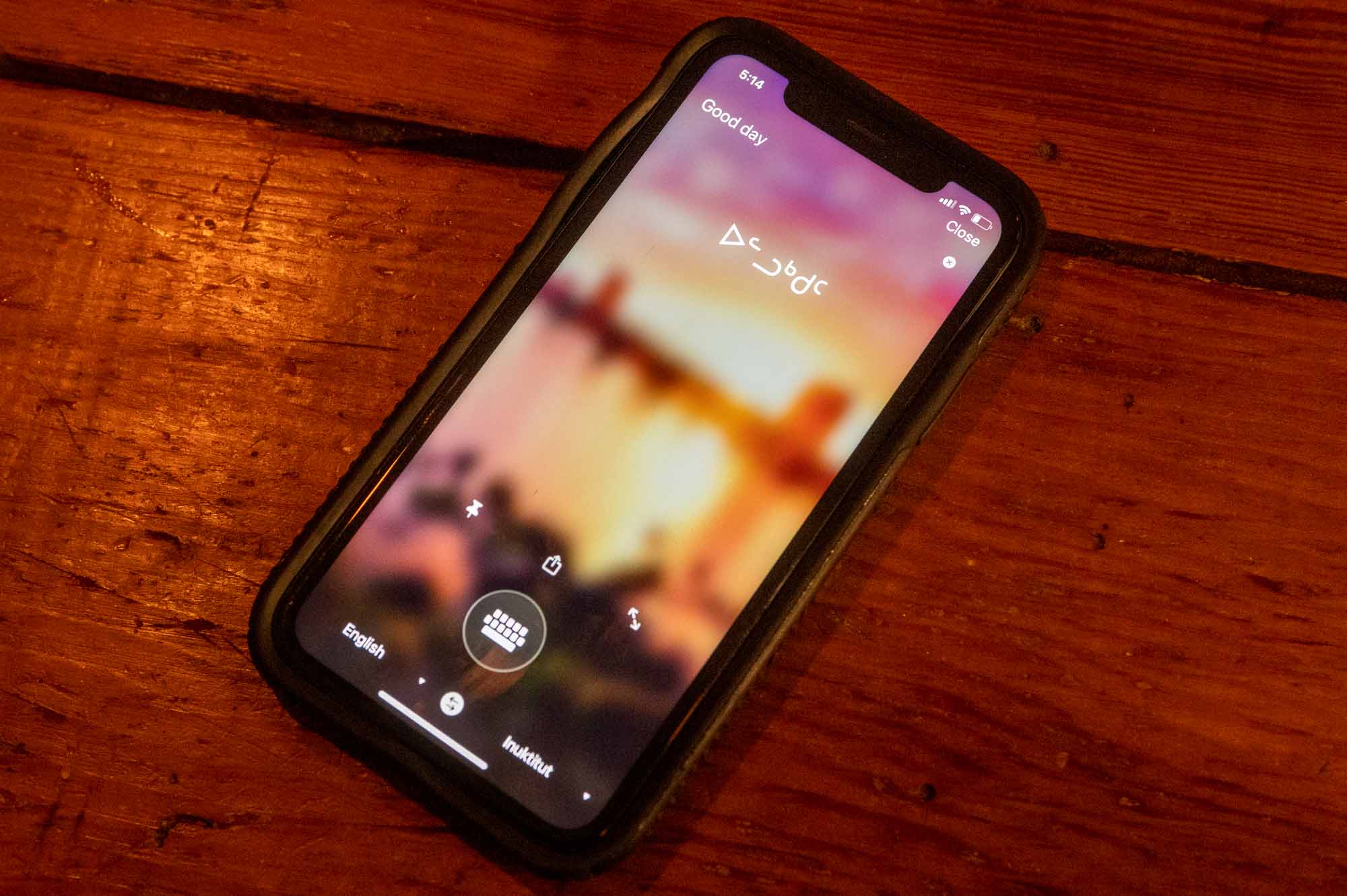 Microsoft’s Translator app is now able to translate more than 70 languages into, and from, Inuktitut. (File photo)

The Inuit language just got a little bit more accessible.

Microsoft has announced its Microsoft Translator app now supports Inuktitut. That means anyone using the app will be able to translate more than 70 language to, or from, the language.

Aariak sees the app as a good starting point for governments, territorial institutions, municipalities and businesses who need to comply with Nunavut’s language legislation.

The Government of Nunavut worked alongside Microsoft to develop the software, by providing the company with relevant language data. Inuktitut speakers then volunteered their time to ensure the translations were correct.

“We are proud to collaborate with the Government of Nunavut and learn from Inuktitut speakers,” said Kevin Peesker, president of Microsoft Canada, in a news release.

“We believe technology can help protect our heritage and preserve language.”

In addition to Microsoft’s Translator app, Inuktitut is also now available in its Microsoft Office software, and on Translator for Bing.

“For thousands of years, Inuit have spoken Inuktut across the world. It’s amazing how we have kept Inuktut strong by adapting to changes in our culture,” said Margaret Nakashuk, Nunavut’s minister of culture and heritage, in a news release.

“Embracing new technology is a perfect example of our resilience.”

The Jan. 27 announcement comes just before Inuit Language Month, or Uqausirmut Quviasuutiqarniq, which begins in February.