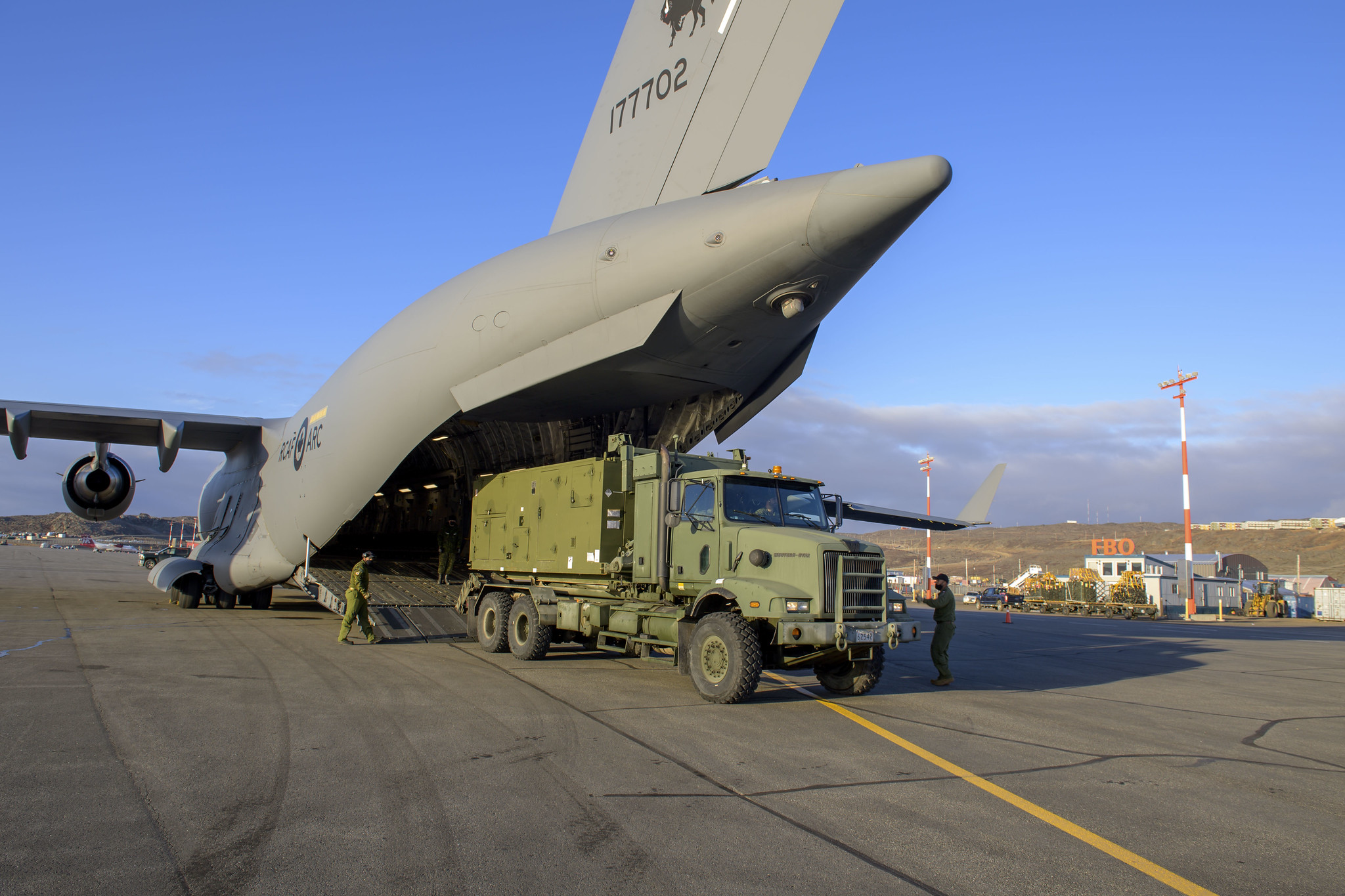 The Canadian Armed Forces are preparing to set up two water purification units in Iqaluit to help provide residents with clean water.

The two reverse osmosis units landed in Iqaluit last weekend and will be used to filter and purify water, said Maj. Susan Magill.

The military’s response falls under Operation Lentus, which addresses natural disasters and emergencies.

On Oct. 12, the city and the Government of Nunavut Health Department told residents not to drink the tap water from the municipal water supply because it was suspected it had been contaminated with fuel.

So far, the city has established filling stations to distribute unfiltered water from the Sylvia Grinnell River, which residents have been told to boil before consuming.

The Government of Nunavut has also purchased tens of thousands of litres of bottled water to be given out.

One advantage of the military’s reverse osmosis units is their portability, Magill said. Each machine has its own diesel engine, looks like a sea can and can be loaded on the back of a truck.

“It’s easy to move around,” Magill said, adding each reverse osmosis unit was attached to a truck and rolled out of the plane after landing in Iqaluit.

“We can literally drive [the reverse osmosis unit] to the location it’s going to be placed.”

The military has been discussing with the city the best location for the reverse osmosis units, Magill said. Sylvia Grinnell River and Lake Geraldine are both under consideration.

The military is prepared to set up the units at either location once the city gives approval, she said.

While the Canadian Forces personnel will purify the water, the city will handle its distribution, Magill said.

When that happens, it will take the military about three days for the reverse osmosis units to be ready, as it takes multiple steps to set up, Magill said.

Weather will present an added challenge for operating the reverse osmosis units. Magill said the water put into the machines needs to be at 8C, so each unit will be kept in a tent and surrounded by heaters.

The military will also need to attach hoses to draw water into the machine and bladders to hold the clean water.

Winter’s approach adds to the urgency of the operation, as water at either Sylvia Grinnell River or Geraldine Lake may freeze before the military’s operation ends.

Magill said the military will have to learn how to deal with the problem of accessing freezing water when it happens.

“We haven’t had to bring a [reverse osmosis unit] up into northern communities before so it’s a challenge for everybody,” she said.

As well, another water quality test at the location will need to be done once the units arrive, Magill said, which could take another 24 hours to process.

“We’re ready to work this machine in this type of climate,” Magill said, adding to military in Iqaluit are eager to start.

Since the reverse osmosis process purifies the water to Canadian standards for drinking water, there will be no need to boil the water once receiving it, she added.

Currently, she said the plan is for this operation to last until Nov. 17, but that the date can be extended.

Along with the reverse osmosis units 20, Canadian Forces personnel have arrived to help set up and run the equipment, Magill said. She added that those personnel include specialists for water quality testing and operating the machine.

The reverse osmosis units have typically been used for responses to natural disasters, which makes Iqaluit a different scenario since the city’s infrastructure is still intact, Magill said.

“The city here is the same as it was except for the fact that [residents] don’t have clean, potable drinking water, which is essential,” Magill said.