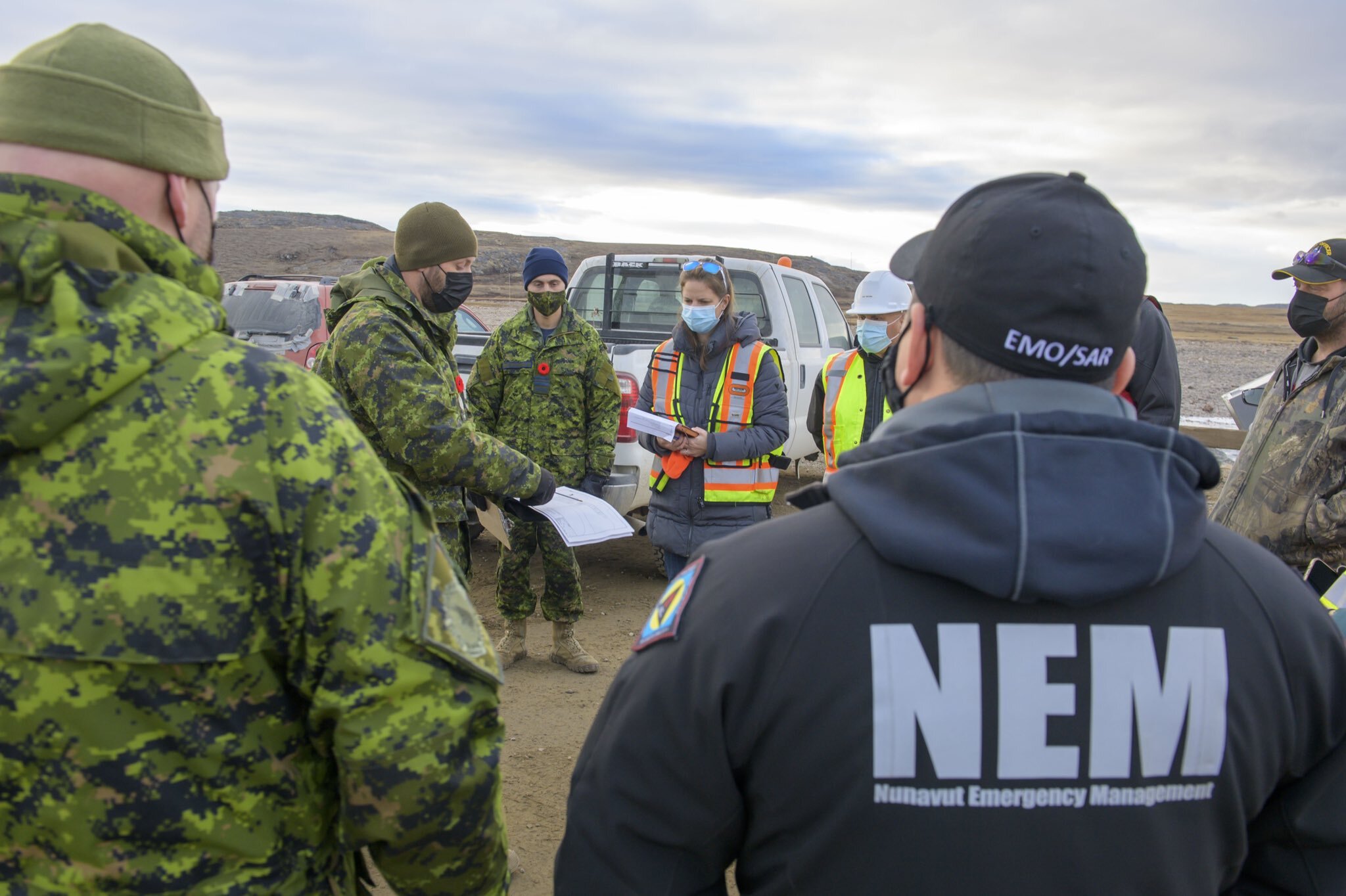 Iqaluit’s chief administrative officer Amy Elgersma, seen centre, joins members of the military at Sylvia Grinnell River over the weekend. The set up of water purification units at the river has begun. (Photo courtesy of Joint Task Force North)

The Canadian Armed Forces has begun setting up two water purification units at the Sylvia Grinnell River on Monday morning to help Nunavut’s capital with its ongoing water emergency.

The military had been waiting for the City of Iqaluit’s approval before setting up the units. The two parties agreed on the location Sunday night, said Maj. Susan Magill.

Among the considerations weighed for the site location was whether the slope of the roads was manageable for trucks filled with water and driving in icy conditions, Magill said.

The water taken from the purification units will be distributed at the city’s fill stations and won’t have to be boiled, Magill said.

On Oct. 12, the city and the Government of Nunavut Health Department told residents not to drink the tap water from the municipal water supply because it was suspected it had been contaminated with fuel. That was confirmed on Oct. 15.

It will take about three days to set up the reverse osmosis water purification units, Magill said. The military needs to move and organize a large amount of equipment along with the units, including tents and heaters to help keep the machines warm, along with hoses and bladders hold the purified water.

The military has never operated the water purification units in cold temperatures, so the set up may take longer than it would in a warmer climate, Magill said.

“We’re always in a nice tropical place to set up [the water purification unit] where you’re wearing T-shirts and you don’t need gloves or bulky coats,” Magill said, adding the new conditions have not deterred the soldiers.

“It’s a learning curve for everybody.”

Water purification units are typically sent to other countries as part of the military’s disaster assistance response team.

The military arrived with the water purification units on Oct. 23 and Oct. 24 as part of Operation Lentus, which addresses national disasters and emergencies.

On Oct. 22, Bill Blair, who was then minister of emergency preparedness, approved a request from the Government of Nunavut for the military to provide assistance in Iqaluit’s water crisis.