Military’s water will be available at filling stations; trucked water no longer suitable for consumption 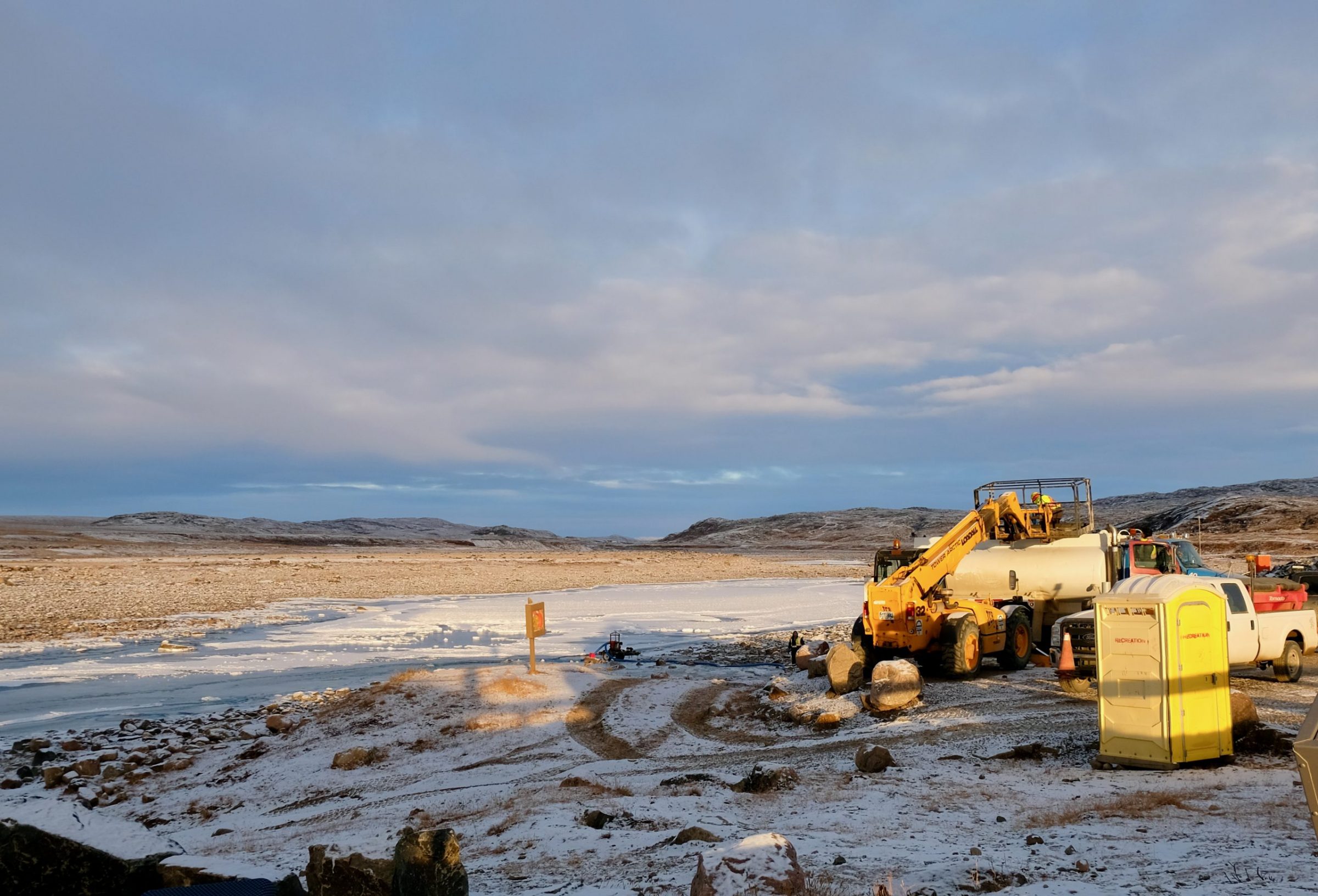 Colder temperatures at Sylvia Grinnell Riverriver is making it difficult to operate a pumping station, according to the city. (File photo by Mélanie Ritchot)

The City of Iqaluit is making some changes to the way water is distributed as its water emergency enters its fourth week and colder temperatures make it harder to draw water from the Sylvia Grinnell River.

The reverse osmosis purification system set up by the Canadian Armed Forces at the river is up and running now, meaning that water will be available to residents at city-run filling stations, a city public service announcement said late Monday afternoon.

That water does not need to be boiled before being consumed and can be used for drinking, cooking and brushing teeth, the city said.

The military arrived in Nunavut’s capital two weeks ago with equipment it uses to purify water in locations around the world that have been hit by natural disasters.

Its water will be transported, using a designated city truck, to filling stations at the Arctic Winter Games Arena and the public library parking lot, where residents can fill their own jugs and containers daily between 11 a.m. and 6 p.m.

Meanwhile, residents and businesses on trucked water services will be back on a ‘do not consume’ order starting Tuesday, the city said in a separate announcement late Monday afternoon.

The city stated it will be ending its operation to pump water from the Sylvia Grinnell River because of colder temperatures. Since the start of the water emergency in mid-October, trucked water was being drawn from the river and was suitable for consumption, but only after it had been boiled.

Colder temperatures, as well as cold water, are posing risks to water truck pumps and other equipment, according to a statement from the city. As well, the city added that continuing to extract water from the river could result in water delivery delays. To avoid delay, the city will stop its pumping operation at the river on Tuesday.

Trucked water services will continue, but it will be delivering piped water which will be under a ‘do not consume’ order, the city stated.