Water purification operation was scheduled to end Wednesday but will continue until Dec. 1 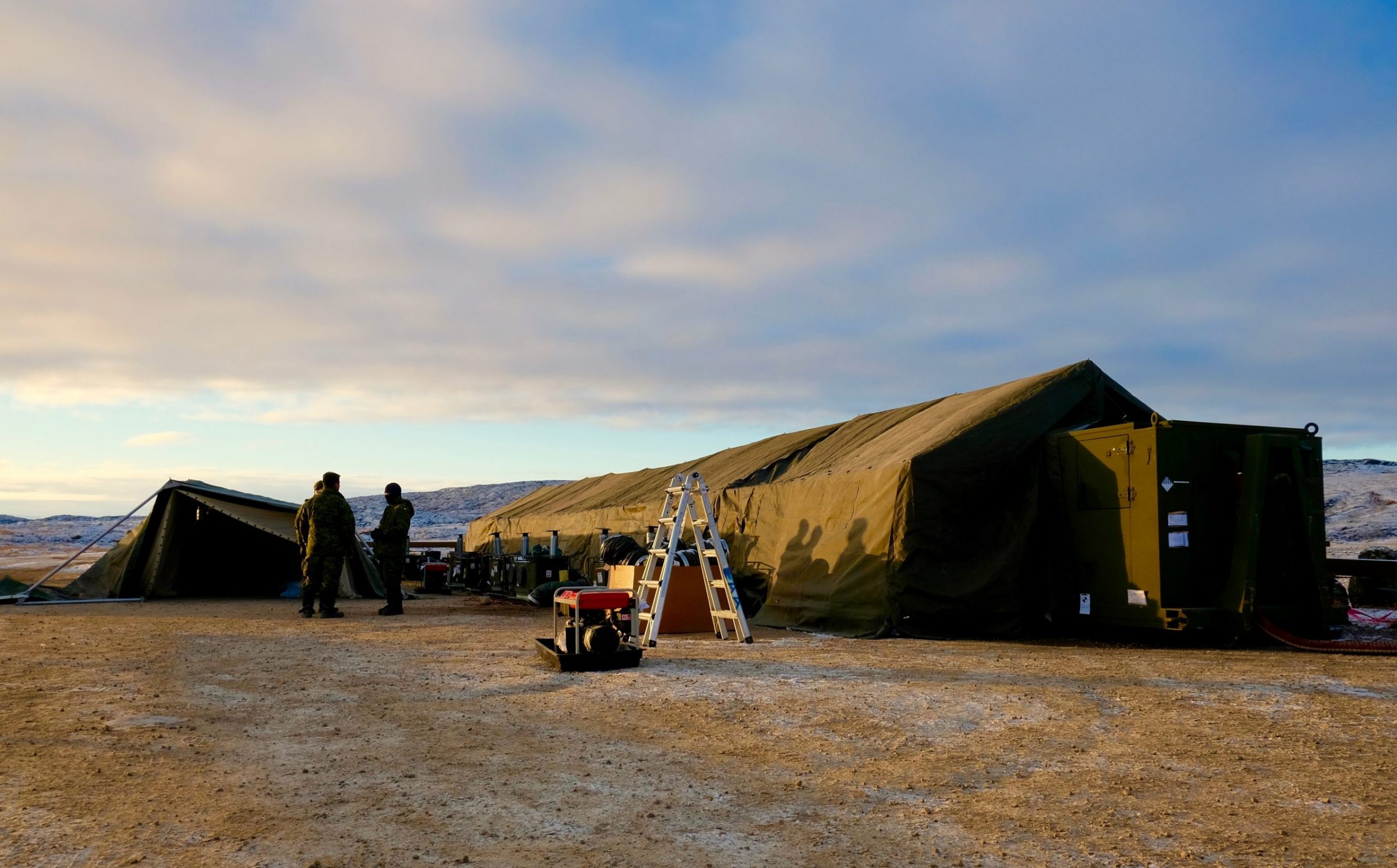 The military’s water purifying operation in Iqaluit was extended until Dec. 1. It was scheduled to end on Wednesday, Nov. 17 (File photo by Mélanie Ritchot)

The military’s water purification operation in Iqaluit will be extended for another two weeks, going until Dec. 1, said Maj. Susan Magill.

She added that 12 additional troops will join the 23 Canadian Armed Forces members already stationed in Iqaluit. The military arrived in Iqaluit more than three weeks ago to assist with the ongoing water emergency caused by the discovery of diesel fuel in the city’s water system.

The original expiry of the military’s operation, known as Operation Lentus, was Wednesday, Nov. 17.

Iqaluit has been under a state of emergency for contaminated drinking water since Oct. 12.

On Nov. 10, Magill told Nunatsiaq News that if Iqaluit still needs potable water past the Nov. 17 deadline then the operation was likely to be extended.

Iqaluit will indeed need potable water past Nov. 17, as city council voted on Tuesday to extend the state of emergency for another week, until Nov. 23.

The military was brought in to address Iqaluit’s water emergency by using a reverse osmosis water purification unit that extract water from the Sylvia Grinnell River and purifies it to give Iqalummiut access to potable water. City trucks take the water purified by the military to filling stations at the library, Abe Okpik Hall and Arctic Winter Games arena.

The military arrived in Iqaluit on Oct. 23 and began purifying water from the Sylvia Grinnell River on Nov. 8.