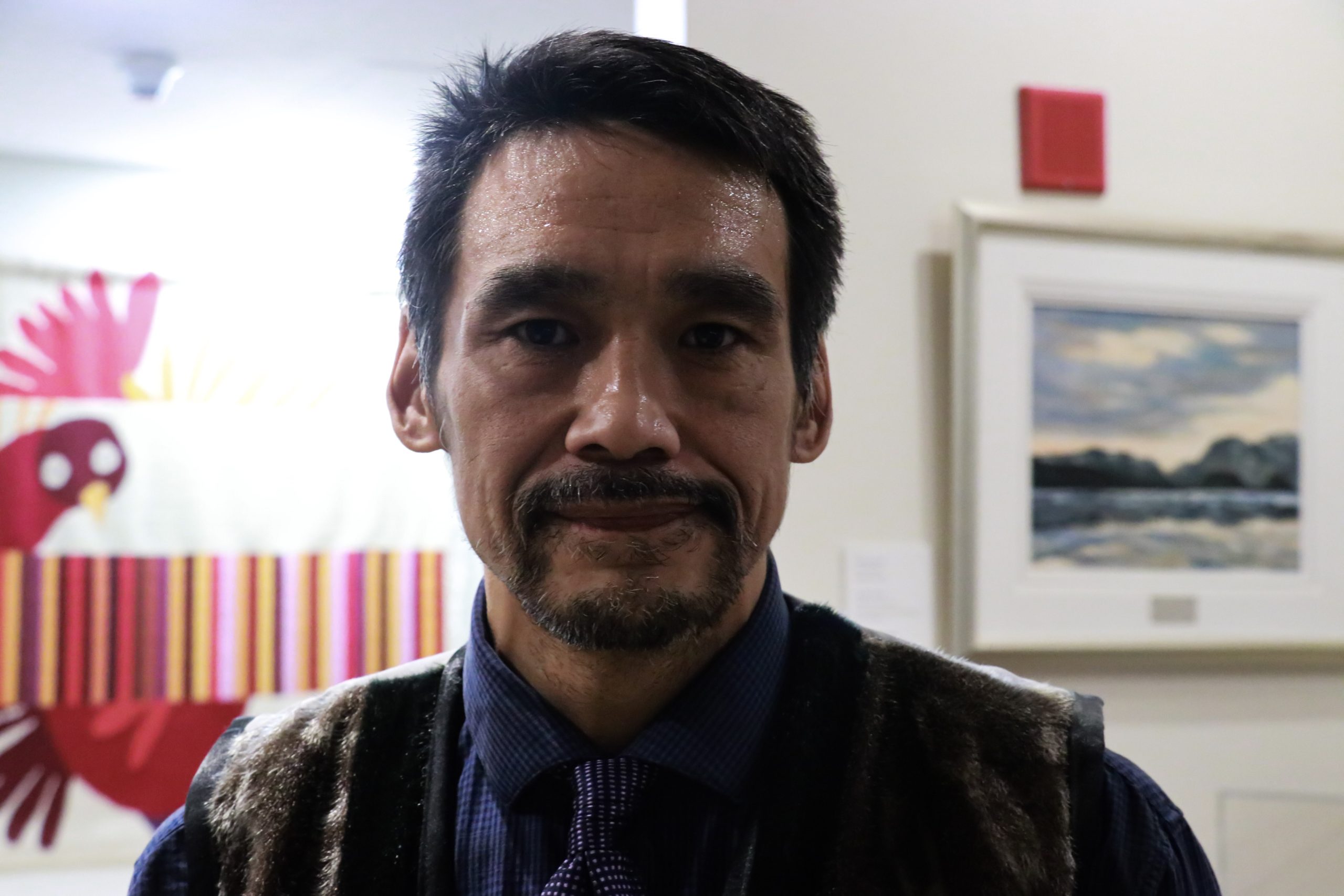 Sanirajak MLA Joelie Kaernerk, who was in Iqaluit to attend the fall sitting of the legislative assembly Wednesday, said his constituents had been experiencing power outages this week. While power was restored to the community Wednesday evening, Kaernerk said the outage was especially difficult for elders in the community, many of whom aren’t connected through social media. (Photo by Meral Jamal)

People in Sanirajak spent four days this week without electricity, and Amittuq MLA Joelie Kaernerk took the issue to the legislative assembly Wednesday to plea for help.

“I’d like to inform the ministers, the government workers that Hall Beach is in an emergency situation right now,” he said in his member statement, delivered a few hours before power was restored in the community.

According to Kaernerk, power started fluctuating on Sunday. The cause was later identified as a problem with the power plant’s distribution system, Qulliq Energy Corp., said on its Twitter account.

QEC cut power to the hamlet on Monday at 3 p.m. for an emergency outage. The arrival of repair crews was delayed by fuel supply issues, the corporation said.

From that point, the community experienced a series of rotating outages until power was restored to the entire community of approximately 800 residents Wednesday evening.

Kaernerk told the legislative assembly “the power was going on and off continuously,” which was especially difficult for elders, many of whom aren’t connected with their families and community on social media.

The temperature in Sanirajak Thursday hovered around -15 C.

Kaernerk thanked the Education Department for providing the school’s gymnasium to residents without power, as well as to people in the community who stepped in to take care of vulnerable residents.

“I’m grateful for the staff and the bylaw that are taking people from their home to the gymnasium and vice versa and people cooking at the gymnasium and taking it to the people affected by the power outage,” he said.