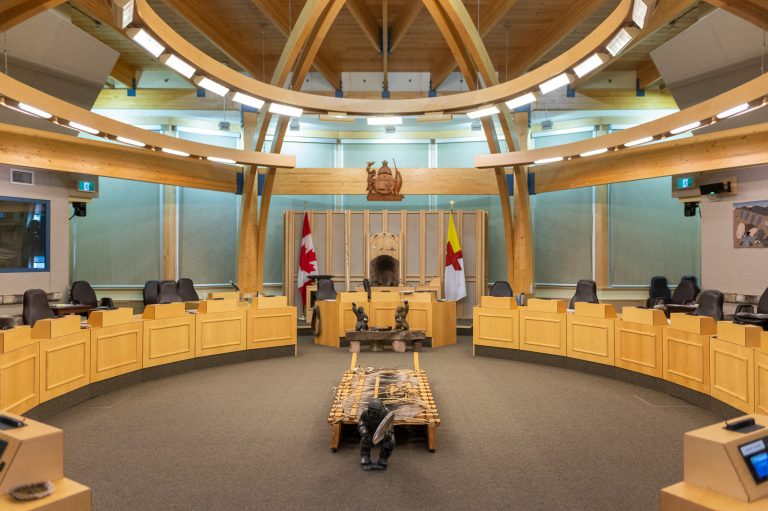 The legislative assembly, shown here, will hold a hearing this week on the 2021 Auditor General of Canada’s report on Nunavut’s correctional system. (File photo by Dustin Patar)

Territorial leaders are expected to meet this week to discuss what work has been done to address two audits of Nunavut’s correctional system.

The Auditor General of Canada has scrutinized the system twice since 2015. The first audit listed a number of “critical deficiencies” it said threatened the safety of staff and inmates.

There were nine new recommendations in the 2021 report, and nine outstanding from the 2015 report.

Nunavut’s legislative assembly has scheduled the televised hearing for Tuesday and Wednesday.

“The [hearing] will allow members of the legislative assembly to consider the extent to which the Government of Nunavut is taking action to address the auditor general’s recommendations,” committee chairperson George Hickes said in a news release.

Senior officials in the GN’s Department of Justice will be witnesses at the hearing as well.

The auditor general has reviewed all eight correctional facilities in Nunavut.

Last fall Hickes, who was justice minister at the time, responded to the auditor general’s followup report saying his department accepted all of the recommendations and would address them.

Hickes also said then that the report did not cover some planned changes, including a tool to track inmate progress, needs and incidents, as well as a new case management system that was scheduled to be launched last month.