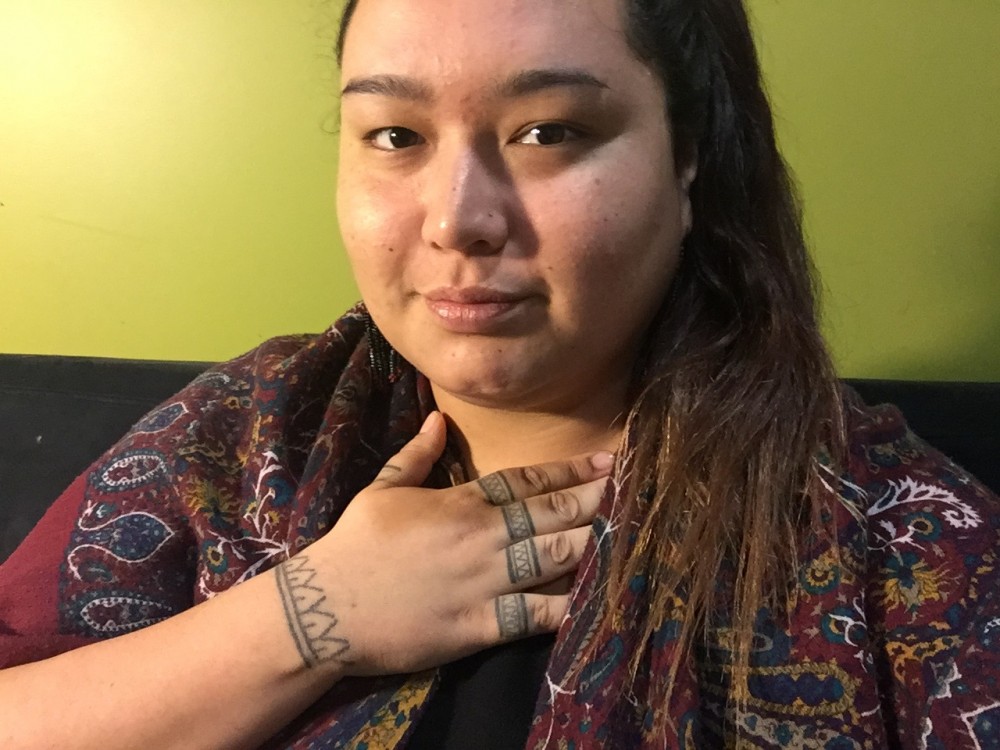 When she thinks about Iqaluit, Olipika Takpanie feels curiosity, sadness and fear.

After she tried dried Arctic char in Montreal, Takpanie now dreams of country food. She wants to participate in a seal hunt. But she worries, too, about how she’ll be received when she takes her first trip back to Iqaluit since leaving as an infant.

Through an online fundraiser and an event in Montreal, Takpanie hopes to raise $4,000 to travel to Iqaluit for two weeks in April. The stakes of the trip are high for Takpanie: she wants to see if she can move back. Selin Jessa volunteers by welcoming guests at a birthday fundraiser for Olipika Takpanie’s return to Iqaluit. (PHOTO BY NICOLAS CHEVALIER)

“Maybe I will say: I was born here, I want to live here, have my future here,” she said.

“Every day, I meet someone new and they ask: where are you from?” Takpanie said. “Even myself, I don’t know.”

Takpanie was born in 1993. Her biological mother, who is Inuk, arranged for a Québécois woman who lived in Iqaluit to adopt her. “She didn’t have a choice … because my biological father wanted nothing to do with me,” Takpanie said.

Soon after, Takpanie’s biological mother decided to return to Iqaluit.

“My adoptive mother gave up her savings so that my biological mother could go back north, while we stayed in Quebec,” Takpanie said. Takpanie has since spent most of her life in Montreal.

When she was around five years old, Takpanie and her adoptive mother moved for several years to the southern Quebec countryside. They lived in a big house with a yard full of plums, raspberries and grapes. Takpanie remembers “a beautiful childhood with lots of love.”

The spark that started Takpanie’s interest in the environment came in the form of the many novels she read in secondary school. Nature was a regular theme in the books, and Takpanie started to think about her own impact on the natural world.

Her involvement in environmental movements deepened as she grew older. She participated in two multi-day marches against oil and gas projects, and joined the board of Coule pas chez nous, an organization that fights fossil fuel projects.

“I started to wonder: why are there not more Indigenous women involved in environmental movements?” Takpanie said.

She founded YIWA, or Young Indigenous Women Action, to bring Indigenous women together through workshops, discussions and connecting with nature.

“It’s certain that my work will be with Indigenous youth,” Takpanie said of her future.

About 30 people gathered in downtown Montreal on Saturday evening to celebrate Takpanie’s 25th birthday and raise money for her trip.

Performers shared their own stories of leaving home, not by choice. There were donated sandwiches and snacks. The bartender said they’d donate their tips at the end of the night.

“It’s really important to be able to support our friends when they need,” said Kristen Perry, who helped organize the event, which raised close to $600.

Takpanie will go to Iqaluit in April, she says, whether or not she meets her fundraising goal.

Now she thinks, most of all, about arriving in Iqaluit.

“My deepest wish is to be welcomed in my community. I hope that they understand that I’m different from them, that I didn’t choose to grow up far from my culture and my language,” Takpanie said.

“I hope they’ll understand that I love them, and I hope that they love me.”