The number of vessels sailing the passage’s Arctic waters grew by 44 percent from 2013 to 2019 and total distance more than doubled, a new PAME report found 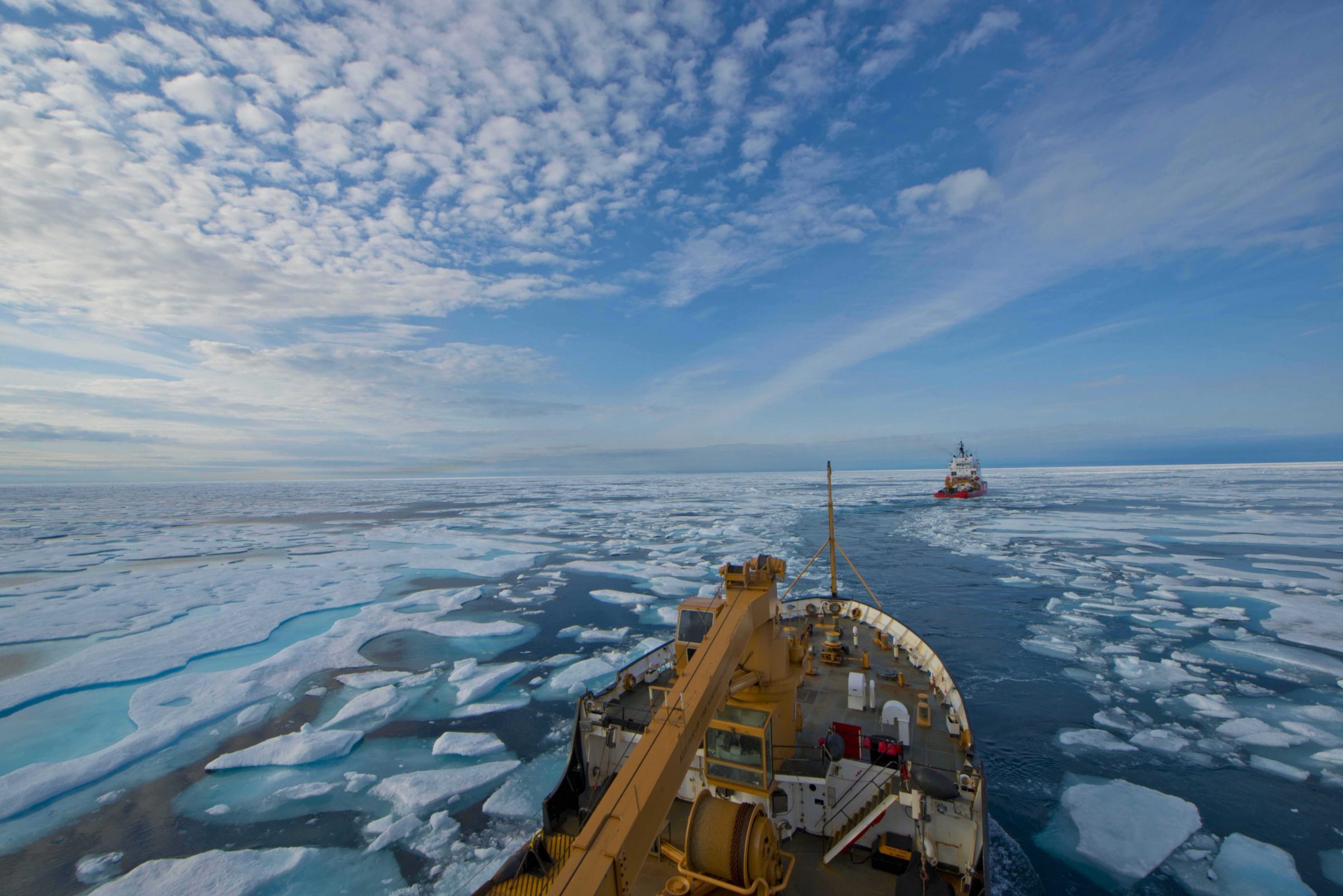 Ship use increased substantially in recent years, according to a report published in mid-April by one of the Arctic Council’s working groups.

From 2013 to 2019, the number of ships sailing in Northwest Passage waters increased by 44 percent, from 112 to 160 unique vessels, according to the new report from the Protection of the Arctic Marine Environment working group, known as PAME.

The Northwest Passage is not a formally designated route. It is, instead, a broad area that encompasses a collection of channels and open stretches that thread between Canada’s approximately 36,000 Arctic islands and its mainland coast.

The first successful crossing of the passage, by Norwegian explorer Roald Amundsen, was accomplished over the course of several years, from 1903 to 1906. The route he used is now named after him, but there are five other primary routes; some have deeper waters that can accommodate deeper-draft vessels, while others are shallower and suitable for smaller vessels.

In recent years, thanks to dramatic sea ice retreat, the Northwest Passage has become a destination for cruise ships. The 2016 voyage by the Crystal Serenity, where prices for berths started at about $22,000, drew widespread attention to the route’s luxury tourism potential.

However, most of the ship traffic in the Northwest Passage waters is of the workaday variety, according to the PAME report.

Although 2020 had the second-lowest sea ice minimum in the satellite record, overall traffic in the Northwest Passage was interrupted by the coronavirus pandemic. The decline was not equally spread across vessel types, said PAME Project Manager Hjalti Hreinsson.

“There is a steep decrease in certain ship types, for example cruise ships and pleasure crafts. However, there is not much change in fishing vessels, as an example,” he said by email.

The Canadian government banned the entry of large cruise ships into its waters in 2020 and placed additional restrictions on passenger and pleasure vessels using Arctic waters. In February, Canada extended that ban to 2022. Among other provisions, it prohibits passenger vessels carrying more than 12 people from using Arctic waters.

There will be one noteworthy sailing in the Northwest Passage this year, however. The U.S. Coast Guard’s icebreaker Healy, in cooperation with the Canadian government, is planning to sail through the passage this summer, officials announced in March.

PAME’s Northwest Passage traffic report is the third in a series of recent shipping reports. The first report, published about a year ago, describes shipping trends in the entire Arctic. It documented a 25 percent increase from 2013 to 2019 in unique ships sailing in the Arctic and found that fishing vessels were the dominant category. The second report, published in October, examines the use of heavy fuel oil by ships traveling the Arctic.

European dreams of finding a route northwest through the Arctic to that would link the Atlantic and Pacific Oceans date back centuries. European mariners began exploring the region at the end of the 15th century.

For some, the dream turned into a nightmare. The most famous Northwest Passage disaster was the one that befell the two-ship Franklin Expedition. Both ships disappeared in 1848 and all expedition members perished. The ships were finally found in 2014 and 2016; discoveries of the submerged vessels and other artifacts have helped provide some answers to the mysteries surrounding the doomed expedition.

There were other disasters. Four centuries ago, crewmen staging a mutiny reportedly put explorer Henry Hudson, his 16-year-old son and a few other individuals into a small boat set adrift in the Canadian Arctic. Hudson and the others, who had been trying to find the Northwest Passage, were never seen again.