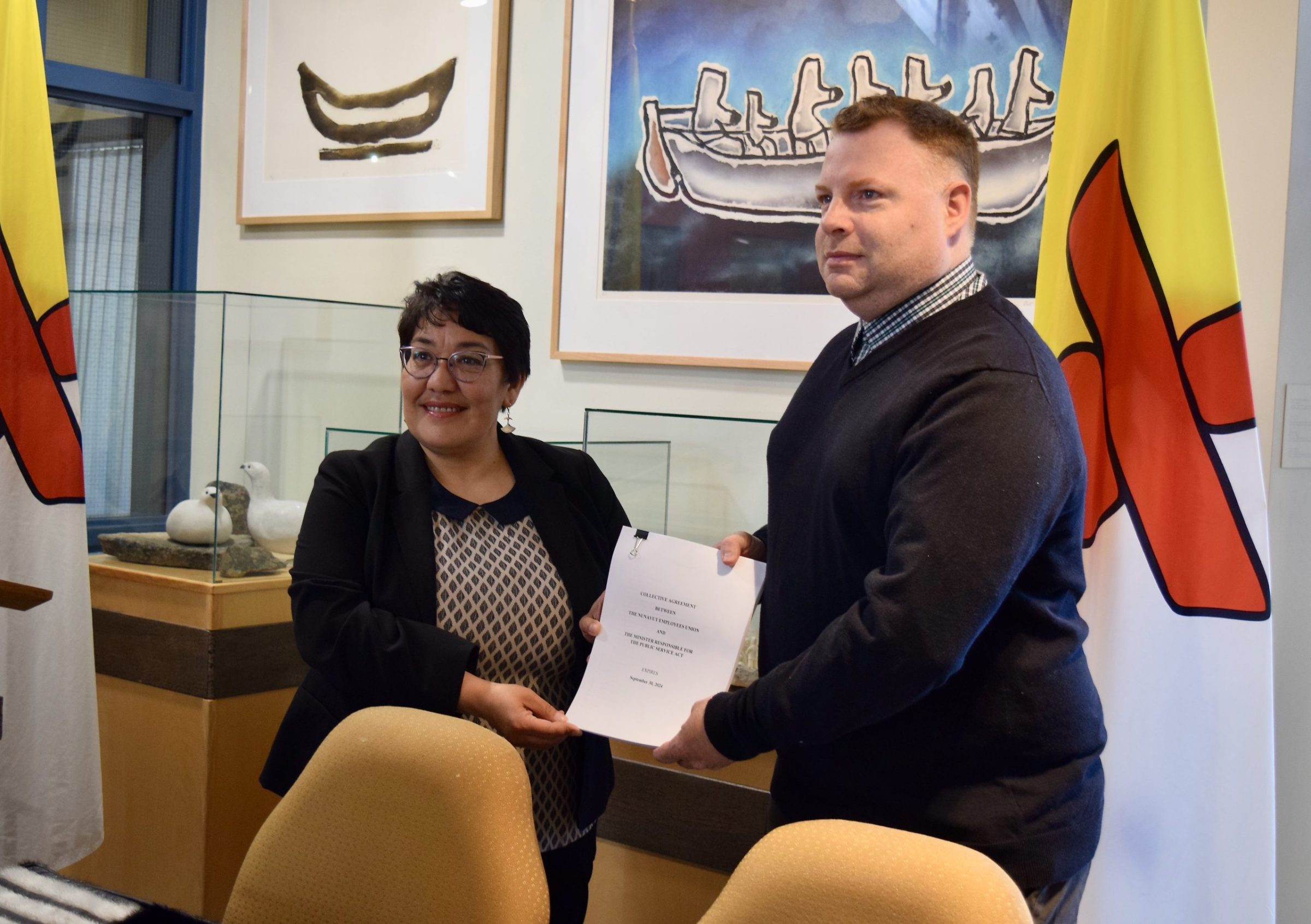 The Government of Nunavut is caught up with the rest of Canada in offering family abuse leave, and while some experts applaud the move, they say more support is needed for survivors in the territory.

The territorial government implemented the policy, which consists of five days paid and five days of unpaid leave, for its employees in August.

Nunavut is also one of the jurisdictions in Canada most affected by domestic violence.

The rate of domestic violence in Nunavut is nine times higher than the rest of Canada, according to research done by the Qaujigiartiit Health Research Centre in 2019.

Inuit women specifically experience domestic violence at higher rates than any other group of women in Canada, according to Gerri Sharpe, president of the national women’s organization Pauktuutit.

More than half of Inuit women — 52 per cent — have experienced at least one form of violence as an adult.

Sharpe said 10 days of family abuse leave may be sufficient for some situations, but employers have a responsibility to accommodate individuals who are fleeing family violence.

“Ideally, an employer would work in collaboration with an individual who required leave and together they could develop a plan that would work for both the employer and employee,” she said.

“This leave is essential for Inuit women, as it ensures they are not penalized economically for accessing medical, legal, psychological or community support when violence occurs.”

Inuit women in particular can face unique challenges when they try to flee violent situations, such as a lack of community shelters and expensive airfare, Sharpe said, forcing women and children to stay in unsafe situations.

According to a 2022 report from Women’s Shelters Canada, Nunavut’s Residential Tenancies Act does not include special provisions for early termination of lease due to violence.

Conditions like this make it all the more important that workplaces “not be a barrier to fleeing violence,” Sharpe said.

Kaitlin Geiger-Bardswich, communications and development manager at Women’s Shelters Canada, gave similar feedback. She said Nunavut’s family abuse leave policy is a good start — but it might not provide enough support for some people’s situations.

“I don’t think anyone could get their life back together in a week,” she said.

“If [I] were leaving an abusive relationship, for example, I don’t think I could get my life back together in five days.”

On Sunday, the Nunavut Employees Union launched its first-ever Women and Leadership Conference in Iqaluit. It will culminate in a commemoration of the National Day of Remembrance and Action on Violence Against Women on Dec. 6.

The conference, which will include discussions on bargaining demands from women’s perspectives, women in leadership roles and work-life balance for female employees, is one of several recent efforts to ensure members have better support from their workplace, said union president Jason Rochon.

“We know that escaping family violence can mean losing pay, and it’s important that members in our communities have that option,” he said of the family violence leave policy.

Rochon cited a 2014 report from the Public Service Alliance of Canada that found one in three people in the country have experienced domestic violence, and of those people, 82 per cent say family violence negatively impacts their work.

Domestic violence can follow people out of the home and into the workplace through stalking, harassment, abusive phone calls and threats, he said.

“That’s why we wanted to make sure that there was 10 days of paid leave, which we didn’t end up getting,” he said, referring to negotiations this past summer that led to a contract with the Nunavut government that will remain in place until 2024.

“I think we did make some steps in the right direction and we’re going to have to look at doing more bargaining input for the next round … . At least [employees] have those five days where they can collect themselves.”

Rochon acknowledged that privacy concerns could pose a barrier to some people who need leave to deal with domestic violence situations, but said that like sick leave, those conversations with employers would be “kept in confidence.”

“An employer wouldn’t be allowed to ask certain questions … there’s things that management needs to keep on a professional level, but it’s OK to check in with employees and just ask them how they’re doing,” he said.

“If it saves one life, then it’s absolutely worth it.”