7-year contract includes option to renew for another 8 years 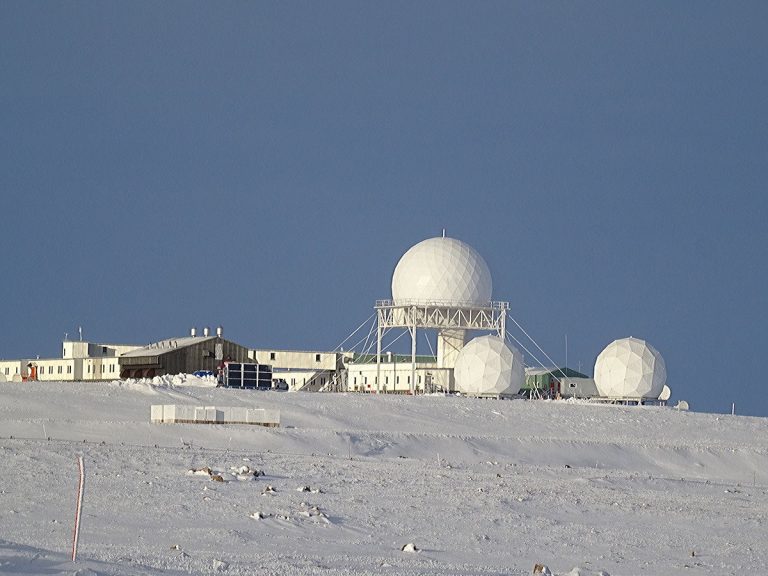 A North Warning System site is seen at Cambridge Bay. Nasittuq has been awarded the $592-million contract to operate and maintain the system for the next seven years. (File photo by Jane George)

An Inuit-majority owned corporation has won a $592-million contract from the Government of Canada to operate and maintain the North Warning System.

The company, also known as PAIL, represents most of the Inuit birthright firms within Inuit Nunangat, stretching from Nunatsiavut in the east to the Inuvialuit settlement region in the west.

In 1994, PAIL formed a joint venture with ATCO Frontec called Nassituq Corp., which went on to win the contract to operate and maintain the North Warning System – a chain of 47 radar systems across the North that provide air surveillance of the Arctic for Canada and the United States.

Another company, called Raytheon, won the contract in 2014, but it’s now back in Nasittuq’s hands.

Nasittuq’s new contract lasts seven years, beginning in April. The deal includes the option of extension for another eight years, so it’s total value, at 15 years, could be $1.3 billion.

Nasittuq’s responsibilities will include maintaining helipads, gravel runways, more than 100 buildings and over 300 bulk fuel storage tanks used by Canadian and American militaries at the North Warning System sites.

The contract should provide a significant amount of jobs to Inuit, Flaherty said. Nasittuq will be looking to hire Inuit for trade and contract positions such as heavy equipment operators, electricians and plumbers.

Inuit will also be sought for managerial and supervisory positions. Having managers, supervisors and labourers that are all Inuit would help improve communication on the job, Flaherty said.

The contract includes $25 million set aside for training.

There will be monetary benefits for Inuit outside of jobs in this contract as well, said Flaherty.

PAIL is owned by the six Inuit shareholder corporations that each represent an area of Inuit Nunangat. As a result, he said, the revenues made by these corporations should spill down to all Inuit.

The existing North Warning System radar stations have expected lifespans that expire in 2025, so these sites may need to be upgraded or replaced during Nasittuq’s contract.

Flaherty said the contract is solely focused on the existing facilities for the North Warning System, and Nasittuq was not involved in any conversations on upgrades. He said that if contracts for upgrading became available, he is confident Nasittuq will have an opportunity to participate.

Nasittuq’s contract for Arctic defence comes at a time when countries like Russia and China are increasingly assertive about exploring the Arctic and its resources.

“It’s always on the back of anybody’s mind,” Flaherty said about increasing interest in the Arctic. He mentioned how, in 2018, China declared that it would become more involved in the economic possibilities of the Arctic.

With increasing interest in the Arctic, it is only fitting that Inuit will operate the North Warning System, said Flaherty.

“We are the eyes and ears of the North,” he said.