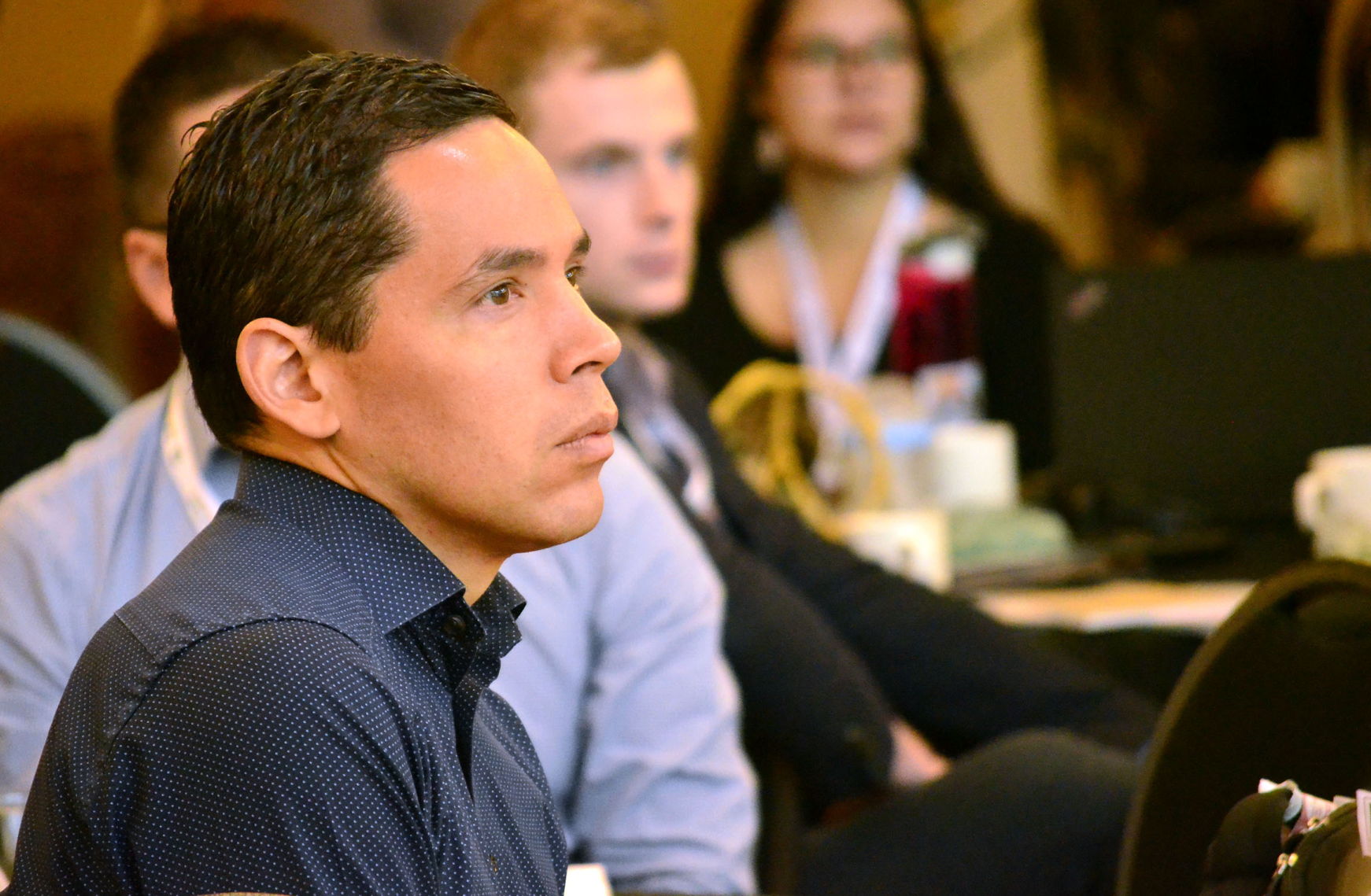 Natan Obed, the president of Inuit Tapiriit Kanatami, at a 2018 gathering inside Ottawa’s Wabano Centre. He’s been chosen to sit on an advisory group that’s been asked to draw up a short-list of Governor General candidates for submission to Prime Minister Justin Trudeau. (Photo by Jim Bell)

Natan Obed, the president of Inuit Tapiriit Kanatami, will play a big part in deciding who will become Canada’s next Governor General.

That’s because he’ll sit on a six-member advisory group that will draw up a short-list of names for submission to Prime Minister Justin Trudeau.

Dominic Leblanc, the federal intergovernmental affairs minister, announced the formation of the group in a news release Friday.

Obed, originally from Nain, Nunatsiavut, is the only Indigenous person to be chosen for the advisory group.

He’s served as ITK president since 2015 and is now mid-way through his second term, having been re-elected in 2018.

Prior to 2015, Obed worked for 10 years as director of social and cultural development at Nunavut Tunngavik Inc.’s Iqaluit office.

The previous Governor General, Julie Payette, quit the position Jan. 21, following a report that alleged she and her administrative head, Assunta Di Lorenzo, had presided over a toxic work environment.

Leblanc will co-chair the advisory group with Janice Charette, who holds the top position in the federal civil service: interim clerk of the privy council.

The other members of the group are:

• Judith LaRocque, chair of the board of trustees of the Canadian Museum of Nature and former secretary to the Governor General.

• Suromitra Sanatani, interim chair of Canada Post’s board, and a current and former member of multiple corporate boards.

Friday’s announcement suggests Leblanc doesn’t want the group to waste any time getting down to work.

“Recognizing the unique nature of the situation and understanding that the position of Governor General needs to be filled on an expedited basis, the members of the advisory group have agreed to work quickly,” Leblanc stated in the news release.

The Governor General is the representative of Canada’s head of state, Queen Elizabeth II, and performs the Queen’s duties in Canada, such as giving royal assent to bills passed by Parliament.

Since Payette’s departure, Richard Wagner, chief justice of the Supreme Court of Canada, has been performing the Governor General’s duties on an interim basis.