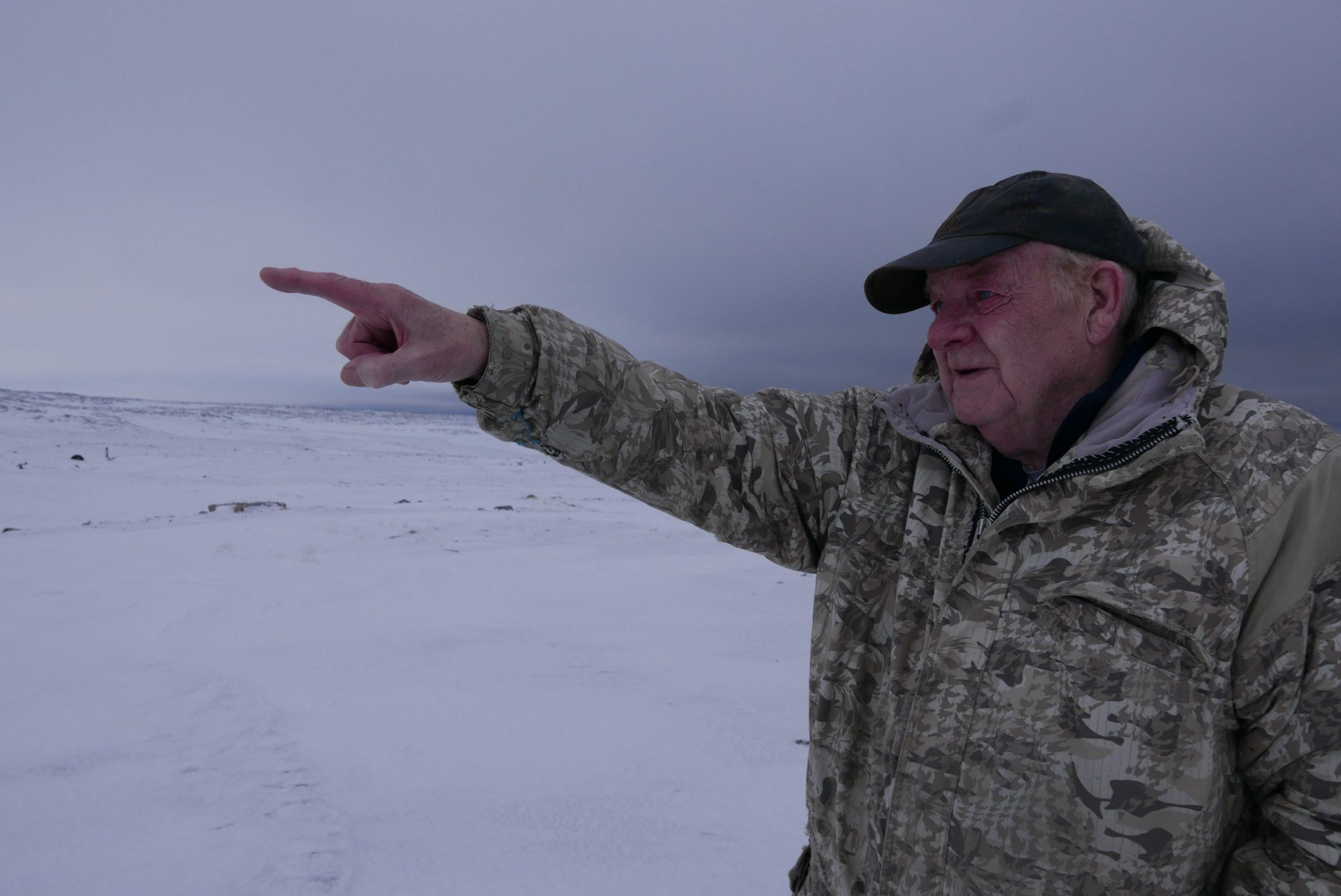 Naujaat Mayor Alan Robinson points towards the plot of land that he hopes will be home to 2,500 solar panels. (Photo by David Venn)

There’s a plot of land near Naujaat’s quarry, about a few hundred metres north of where sewage is disposed. It’s contaminated from many years of serving as the hamlet’s metal dump. Yet all Mayor Alan Robinson sees when he looks there is the potential for a cleaner future for his community.

The Hamlet of Naujaat, in partnership with Kivalliq Alternative Energy, is in the process of building a 2,500-panel solar farm aimed at reducing the amount of fuel the community uses to generate electricity by 30 per cent. Naujaat, like every other Nunavut community, is currently powered by diesel.

“If we can start going in that direction to get off oil as much as possible — I’d really like to see that in the future,” Robinson said, adding that after the solar panels are installed in the next few years, he wants to see wind turbines.

“I’d rather we go into wind generation and solar. Because if we can save 30 per cent right here, what they’re saying, it’s possible that we can build on it and then we could get to 60.” 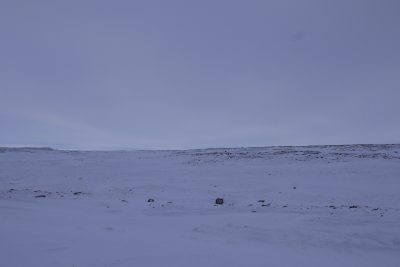 Naujaat’s mayor, Alan Robinson, wants to see five wind turbines installed on the ridge above the solar farm. His goal is for the community to be less reliant on diesel. (Photo by David Venn)

Kivalliq Alternative Energy is a joint-venture between Sakku Investments Group and Northern Temple Energy. Its goal is to build up renewable energy in the North, said Blaine Chislett, Sakku’s manager for the solar farm project.

Sakku Investments received $1.6 million from Natural Resources Canada’s Indigenous Off-Diesel Initiative after Chislett applied in 2020. That money is for Naujaat and Coral Harbour’s solar farm projects, which cost around $12 million each.

He’s projecting that the solar farm will last for at least 30 years and will replace 11.7 million litres of diesel. That’s enough to fill about 355 six-metre sea cans.

Chislett hopes to bring green benefits to the two Kivalliq communities that won’t be served by the 1,200-kilometre Kivalliq Hydro-Fibre Link — a project run by Nukik Corp. that will bring internet and renewable energy to five of the region’s seven communities. 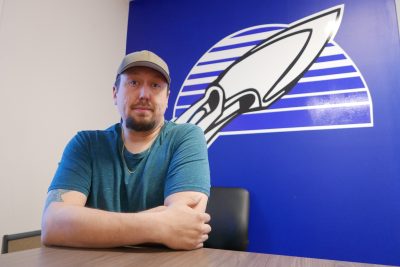 “I know that the communities are feeling left out with the hydro-fibre link. They’d like to get green as well — or as green as they can get,” Chislett said. “This is the first step towards pushing that front.”

Chislett, who lives in Rankin Inlet, said working on the solar farm from a distance had been a challenge in its early stages in 2020, but got better after a community engagement session at Naujaat’s old community centre in May attracted 100 people.

“I warned my colleagues that this was prime spring hunting season. I wanted to be out at my cabin so I thought everyone else was at their cabin,” Chislett said.

“We had elders come back from their cabins and their spring hunting areas that they grew up in and they love.”

Naujaat’s solar farm is in the designing stages. Chislett said he’s aiming for the project to be done by 2025, but that there’s a chance there could be delays.

The next step is finishing geotechnical surveys on the solar farm’s future location.